SDSU women’s tennis confident for second half despite 4-3 loss to No. 44 Dartmouth 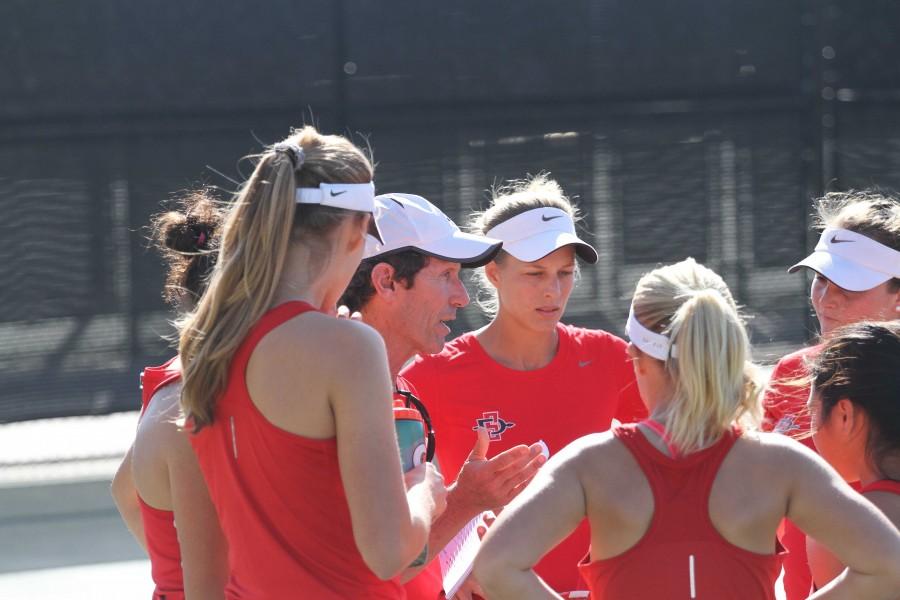 Early on this season, the San Diego State women’s tennis team looked like it threw in the towel. However, after a week long absence from play, the team felt revived and ready for the second half of the season.

The revival didn’t help the results Saturday as the Aztecs lost 4-3 to No. 44 Dartmouth College, bringing their overall record to 5-10, but head coach Peter Matera remains fully confident in his team heading into Mountain West play.

“When you schedule aggressively like we do, you’re going to have some close wins and close losses,” Matera said. “But I thought they played really hard, really played with a lot of fire.”

On the singles side, the Aztecs mounted a comeback, but it was too little too late.

Both Buth and Davis were taken down in straight sets. Nguyen had arguably the best match to watch as she won the first set, 6-3, but couldn’t hang on to the overpowering Katherine Yau as she fell 6-2, 6-3 in the remaining two sets.

SDSU did not lose pride, though, as its team came surging back.

Hoorn managed a rollercoaster victory, winning 6-4, 0-6, 6-2. She now has a five-game winning streak, which is her longest winning streak this season.

The Aztecs have won two out of their last three matches, beating Sacramento State and No. 48 University Minnesota. Matera remains confident despite the close loss Saturday.

“Definitely,” Matera said when asked if he like his team’s momentum moving forward. “You look at us now versus at the beginning of the year and not focus on the win-loss record, as a team we have been playing significantly better with more energy. I think we’re hopefully starting to peak at the right time.”

The Aztecs’ next match will come at home against Cal Poly San Luis Obispo at 2 p.m. on March 22.