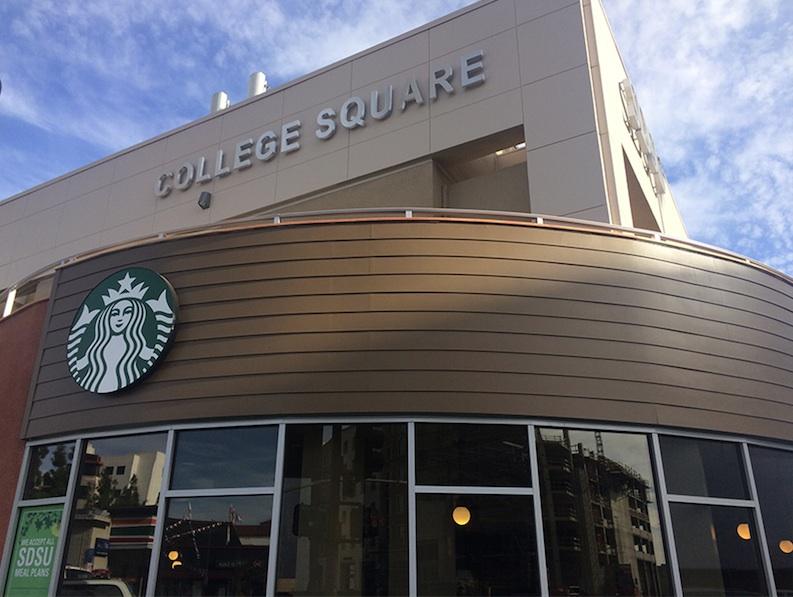 After an eight-month closure and $3.5 million in renovation costs, the College Square building at the corner of Lindo Paseo and College Avenue reopened March 2 for commercial use.

The rest of the building, which contains several classrooms, will be primarily used next semester by the College of Extended Studies.

The building is owned by Aztec Shops.

“(The building) had a lot of structural issues … they pretty much gutted it and started from scratch,” San Diego State Dining Services Director Paul Melchior said.

During the remodel, the building’s plumbing, electrical and ventilation systems were all upgraded.

Additionally, the building’s sprinkler systems were upgraded due to new fire code regulations that were not in effect at the time of the building’s original construction.

The building formerly contained a number of retail stores. However, none of these stores were very successful due to parking constraints, Melchior said.

Most of the building now contains new classrooms, and is home to just two commercial establishments: iGeek, an Apple product repair shop, and Starbucks, which was present in the previous incarnation of the College Square building.

Starbucks was closed during the renovations and Aztec Shops, which owns the franchise rights to the location, took the opportunity to do a “slight remodel” of the facility.

The Starbucks location has been expanded slightly to include a new dry storage room.

Construction on the renovation project began in May 2015 and was completed in January 2016.

The project cost approximately $3.5 million and was jointly funded by the College of Extended Studies and Aztec Shops.