Make room for Paramore in the roster of rock music greats 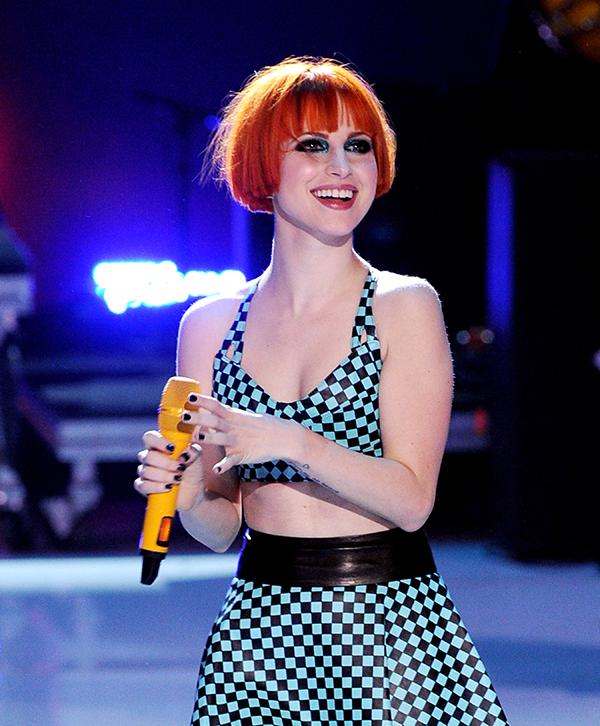 My favorite band of all time is Paramore, but I’ve had the toughest time admitting it.

A person shouldn’t be ashamed to declare any band his or her all-time favorite. Everyone has their reasons for why a certain group is important in their lives, and no one has the right to tell them they’re wrong.

For a young aspiring music critic such as me as a teen, it was easy to get discouraged to have full confidence in my taste for rock music.

Just search up Rolling Stone’s “Greatest Albums of All Time” list, and take a look at the results. Here are some rock bands you’d likely see: The Beatles, The Rolling Stones, Pink Floyd, Led Zeppelin and The Jimi Hendrix Experience. It’s a commonly understood fact that these bands are the best in the history of rock music.

I didn’t grow up with rock music as a kid. I tried my best to catch up when I was a high school senior because I thought I ought to if I wanted to be an avid music nerd.

Most of the classics were incredible, but listening to them felt more like a music history assignment. Rarely did I feel an emotional attachment to what I heard, and I couldn’t relate too much to the so-called legends. The experience instead seemed like I was eavesdropping on a conversation had a couple generations before my time.

Meanwhile, no other band won me over during my high school years like Paramore. The pop-punk band’s second album, “Riot,” released in 2007, was all I listened to that year. Beyond falling head over heels for the music, I formed a loyal relationship with the group’s members — sort of like the teen fanatics during Beatlemania.

No matter how much I loved “Riot,” though, for a while it felt disingenuous to call it my choice for best punk album ever made.

Sure, I knew such a claim was an exaggeration, but that’s how the record genuinely felt to me. Despite how much the album meant personally, I couldn’t imagine a critic agreeing with me about “Riot” in comparison to, say, The Clash.

I was still young, so I wanted to show off a more quote-unquote legitimate taste, one the shot-callers could agree on. While I supported Paramore, I tried to get acquainted with more esteemed favorites — hence, my self-assigned homework on the classics.

But the more I gained appreciation for music, the list of so-called greatest rock albums of all time started to represent less of what I thought was actually great.

There’s Fleetwood Mac, but where are Stevie Nicks’ solo albums? There’s Pixies’ “Doolittle,” but what about “Last Splash” by The Breeders? And why can’t Fiona Apple’s second album be considered a rock album?

The current list also doesn’t provide much room for newly released records to enter the roster either.

To this day, I’m worried my contenders won’t receive the praise they deserve. Despite winning dozens of awards, how high will Taylor Swift’s albums truly rank? And back to the subject at hand, will Paramore’s “Riot” be mentioned at all?

The thing is, the answer to these questions don’t necessarily need to come from the gatekeepers. The fans have a say in what matters too, and the decision whether or not a band or an album is worth a place in the music dialog should not solely depend on the critics.

More importantly, just because your favorite band or album is not accepted by the music culture at large doesn’t mean it has less value than the ones praised. An album is a classic to somebody, critic or not.

It also might mean the culture hasn’t fully understood the music yet. While the emo subgenre was ignored by professional publications a decade ago, Rolling Stone published a list titled “40 Greatest  Emo Albums of All Time” in March.

And which album made it into the number 28 spot on the list? Paramore’s “Riot.”

It was a small victory, but still an important one.