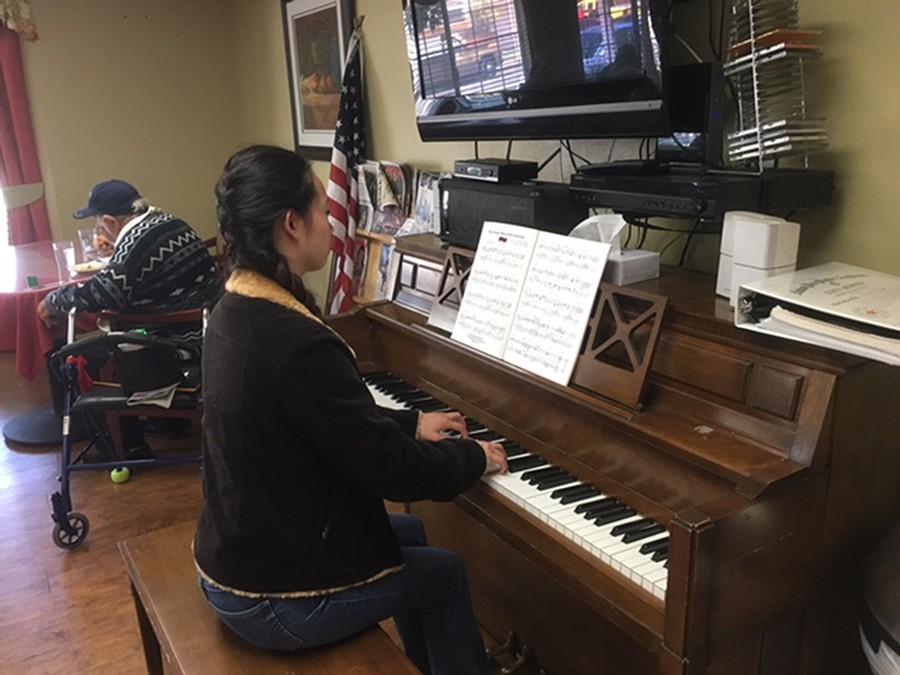 For San Diego State student Kelly Dinh, music and science have always gone hand-in-hand. As a sophomore double majoring in music and pre-medicine, it was easy to understand the relationship between the two subjects.

“Having an artistic side and a scientific side actually balances me and makes me happy,” she said. “I think if I was only doing one subject or the other, my life would be more complicated.”

After understanding the unlikely connection between the two, Dinh restarted Music as Medicine, a first-semester club on campus that provides all musicians with an opportunity to impact the lives of hospital patients.

The club welcomes and encourages all majors and musical talents to travel to various medical facilities, such as Rady Children’s Hospital, Stellar Care dementia facility and Villa Pomerado nursing home, to perform for staff, patients and their families.

“Performing for Music as Medicine isn’t just about great music and a great community,” English junior Richard Freeland said. “It’s also about sharing a part of ourselves with the patients.”

The rebirth of Music as Medicine came from a conversation with a former student and colleague during the Pathmaker Internship with Palomar Medical Center. Last semester, Dinh decided it would be beneficial to rebuild and enlarge the club with a greater number of facilities, students and activities that could continue even after her graduation in the future.

Music as Medicine consists of eight board members and currently has an email list of more than 90 performers. As club president, Dinh oversees the entire operation including its scheduled facilities, performers and performances.

Throughout the semester, club members are given a list of available times to perform at any one of the three facilities. Each facility has one to four performances per session, dependent on the facility and the time of day.

“We try to get students out there because they usually don’t get the opportunity to perform and practice in front of others,” Dinh said. “But it’s really a two-way street, in helping the performers, we also help the patients who are always so happy to see us perform.”

Moving forward, Dinh wants to build a supportive music community inclusive of all majors. She began to discover the positive effects music has on others as a performer herself, and she continues to learn more about herself both as a person and a musician.

“I want students to realize that you can help people with music,” she said. “I would have never realized the positive effects of music on other people if I never played in front of others, and that uplifting feeling is something I’d like to share with everyone.”

Meetings are currently held on the first of every month but may be held more frequently during next fall semester.