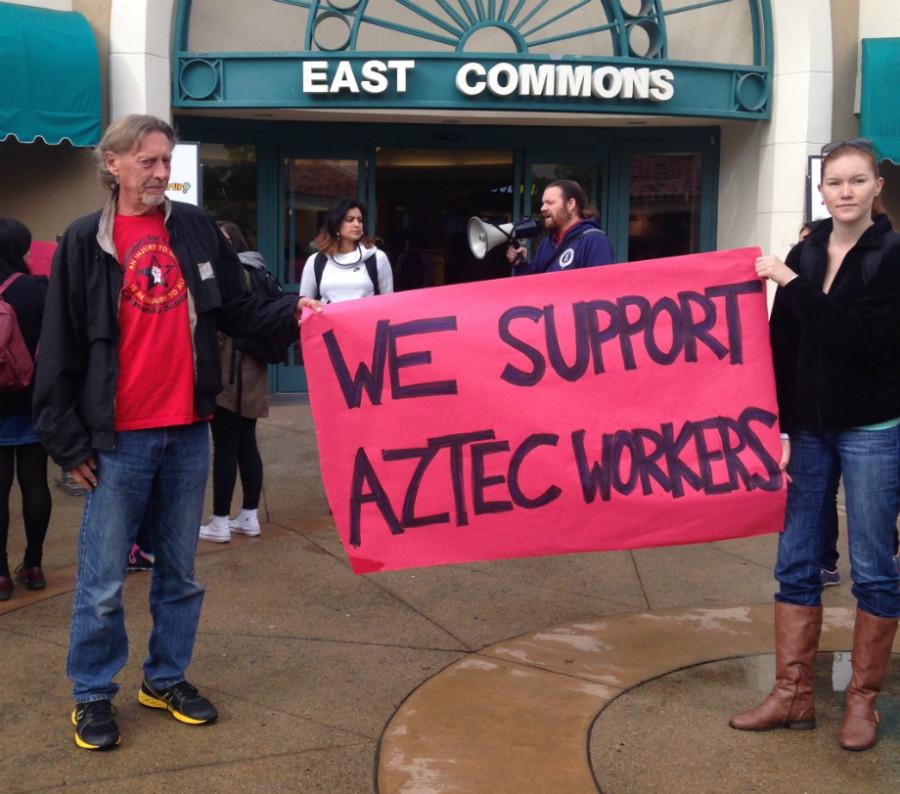 Although the planned faculty strike was diverted after the California State University system agreed to grant wage increases, a “Day of Action” is still taking place on April 14. Faculty members will be among the group calling for a $15 minimum wage and supporting the list of 19 demands put together by the MultiCultural Coalition.

The event, organized by the MultiCultural Coalition, will begin with a march to McDonalds at 6:30 a.m. to support the fight for a $15 minimum wage.

“This is a more sustained coming together, figuring out how we can work on these things together,” said Bo Elder, a General Union member at SDSU.

On April 13 the California Faculty Association announced that its members would be showing solidarity with the day of action by marching and rallying at several locations across California, including the march at SDSU.

Following the early morning march will be the delivery of a petition alongside SDSU chemistry grad students to the provost to raise wages for them.

At 9 a.m. a rally will take place in the courtyard to show support for a list of 19 demands compiled by the MultiCultural Coalition. The demands range from replacing the school mascot to freezing all salary increases for the administration above the Administer II level.

Many of the topics in the list of demands have been floating around for a while, Elder said.

Chicana and Chicano studies professor Isidro Ortiz and African studies professor Antwanisha Alameen-Shavers will speak at the rally, as well as members of the MulitCultural Coalition and the General Union of SDSU.

After the rally a free roundtrip bus ride will be available to attend the fight for $15 actions downtown in the afternoon.

“The thing with grassroots organizing is that you never know when some things are going to happen, so you just have to be prepared all the time,” said Melanie Sandoval, a Spanish and psychology junior and General Union of SDSU member.

The momentum from the successful demand by the faculty for a 5 percent increase could possibly impact the list of demands.

“A lot of these things are interconnected, like one thing could lead to another, or it could influence the initiative of another thing,” Sandoval said. “I feel like even with this the five percent it could lead to other things, but I don’t know how soon because it takes time to get these things rolling.”

Elder said that the demands, including the 5 percent increase for faculty, drew strength from each other.

“For example I’ve seen with my fellow graduate students a lot more eager to win the things that they need when they see that their professors are organizing, like ‘Oh hey, we can do this too,’ so that’s something I would definitely expect to see in the year ahead,” Elder said.

General Union member and sociology senior Crystal Abrahim said the effort was part of a larger student movement.
“I think the whole issue of why the faculty were going to go on strike in the first place was part of a much larger issue, that we’ve been as students, as faculty, as community members, been watching our education kind of deteriorate,” she said.