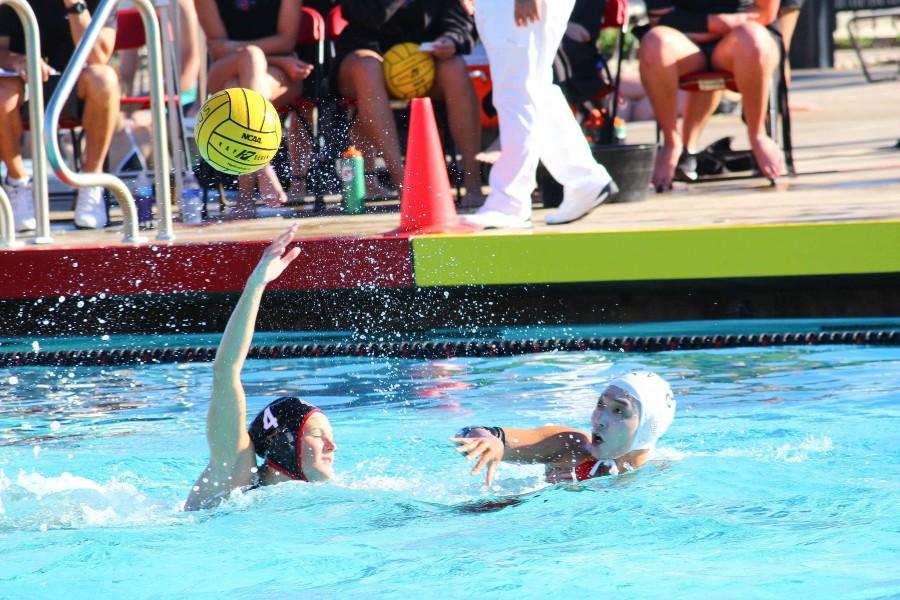 No. 14 ranked San Diego State water polo played three games this weekend against three fellow nationally ranked opponents at the Aztec Aquaplex. They defeated No. 22 California Baptist on Friday, 7-5, and No. 19 Loyola Marymount University on Saturday, 6-4, before losing to No. 4 Arizona State on Sunday, 9-3.

With the victory over Loyola Marymount on Saturday, it gave the team the Golden Coast Conference (GCC) regular season title. The team finished perfect in conference play this season at 7-0 and extended its all-time conference record to 19-0 over a span of three years.

The Aztecs were able to achieve this landmark with performances by a trio of players.

Senior goalkeeper Rachel Mitchell protected the net and made 23 saves over the weekend, including 11 against Cal Baptist. Her career total is up to 1,195, which is the second most in program history. Additionally, she was named Golden Coast Player of the Week last Wednesday.

And just like last weekend, junior utility Caroline Israels led the team in scoring with five over this weekend’s games. This included a hat trick against Loyola Marymount. She now has 54 goals on the year.

Another offensive contributor was senior center Taylor Gums who netted three goals over the weekend, including two key ones in the win over Cal Baptist.

Sunday’s game against ASU marked the club’s senior day as it was the regular season home finale. The Aztecs recognized five seniors in Mitchell, Gums, Nikole Ferrari, Tayla Walsh and Nika Sedghi and congratulated them on their college careers.

The seniors will look to lead the team over the last two weeks of the season in order to win the conference championship.

For the third straight season, SDSU clinched the No. 1 seed in the GCC Championships. The event will be held at the Aztec Aquaplex from April 29-May 1.

In the meantime, the team will prepare for their regular season finale versus UC San Diego, in the annual Harper Cup. It will be held in La Jolla on Friday, April 22. The Aztecs have won 13 of 14 Harper Cup games over the Tritons.