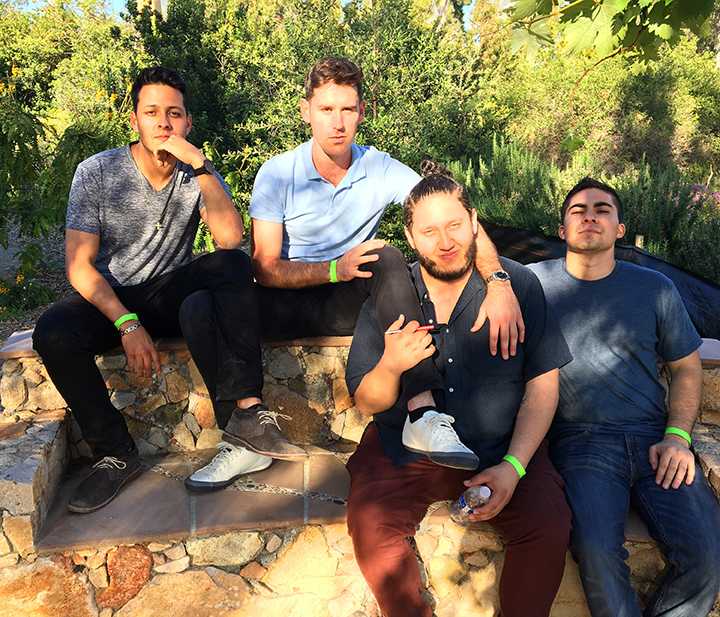 When forming a band at San Diego State, most students hope to perform and receive recognition within the community.

Public administration senior Michael Schenk has not only achieved this with his band Boondock Brothers, but he has also found success far beyond San Diego.

Schenk classifies the band’s music as indie rock, having progressed from the grittier music they started playing when they first formed.

Boondock Brothers have proven themselves as legitimate contenders in indie rock, having already performed with some well-known musicians. Two years ago, they performed at GreenFest, opening for Chiddy Bang, and they also opened for We The Kings last year at Rock ’n Roosevelt, an annual concert at UC San Diego.

Through connections with the ownership of Porter’s Pub in La Jolla, where the band has often performed, Boondock Brothers came into contact with a booking staffer for South by Southwest.

“There was a slot that needed to be filled, and they felt our music fit the role,” Schenk said.

The band performed at SXSW on March 17 at the Austin Convention Center for the SXSW Film Festival.

“It was amazing,” Schenk said. “Being in that environment was incredible. Being able to play for people who appreciate (music) just as much as we do was amazing.”

“Their shows are always so much fun and their songs feel like instant classics,” he said.

Although Boondock Brothers has received attention from record labels, such as Epitaph Records, Schenk hopes the band remains independent for as long as possible.

“There’s going to come a time where we’re going to have to make a decision if we want to go with record labels or not, but for now we’re just remaining in total control of our music and continuing to build our fan base,” he said.

Boondock Brothers’ online presence has already garnered the band a following, with its latest single “Cleanse My Mind” having more than 1,300 plays on SoundCloud and its Facebook page having 1,282 likes.

Schenk, however, values the band’s musical growth more than any attention they have received.

After performing at SXSW, Schenk hopes the band will have more opportunities to play at other music festivals such as Coachella and Glastonbury.

Boondock Brothers is currently in post-production for its new extended play. The band plans to release it this summer and then subsequently go on tour in the fall.

Considering all of the success they have already attained, Kupersmid sees a bright future for the band.

“There’s no doubt in my mind that if they continue to put in the work, they’ll be able to make a great career out of the Boondock Brothers,” he said.

Schenk shares this positive outlook and is satisfied with the current status of Boondock Brothers.

“Right now where we’re at, the band is the best it’s ever been,” he said.