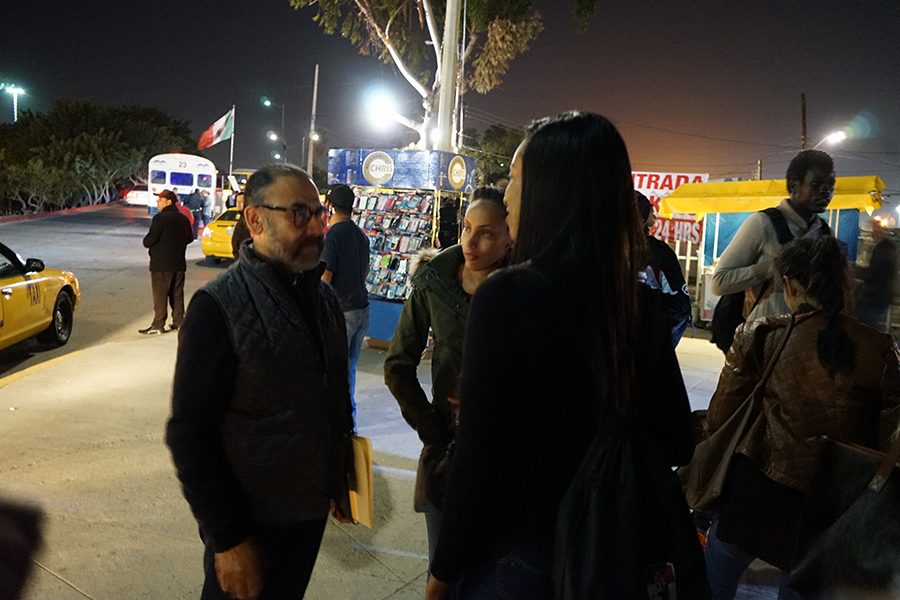 San Diego State offers two classes no other university in the U.S. provides, and it’s also the only American university that has classes in the other side of the border in Tijuana.

The SDSU courses offered are Culture and Society of Tijuana, which has two sections available, and Mexico-U.S. Border from a Latin American perspective, a class for both undergrads and graduate students who want to challenge themselves in a class offered in Spanish.

“The advantage that SDSU has is that Latin America is 20 minutes away from the university,” Latin American studies professor Victor Clark-Alfaro said. “I have also observed that a majority of students usually enrolled in these classes have traveled, and have an international experience.”

Both classes are designed to give students a different perspective on the border.

Thanks to an initiative by Tom Davies, former director of the Center of Latin American Studies, these classes were established in the fall of 1999 when Davies brought Clark-Alfaro in to teach a class on the border.

Clark-Alfaro had previously taught at Universidad Autonoma de Baja California. He was an activist who protected human rights of deportees, the LGBT community, women who work in the prostitution business, and others mistreated by the authorities. He also proposed the classes should be held in Tijuana.

Clark-Alfaro said his director thought the classes were an excellent idea because the goal was to take the students out of their comfort zone to learn about themes not commonly introduced.

More importantly, he said students will learn from first-hand experience on instead of a third-person point of view.

“I am certain that the student learned something that day, as the class takes place where the theme is developed,” Clark-Alfaro said.

His classes are also desired for another reason as it fulfills the study abroad requirement at SDSU. Because of the demand, the Latin American Studies department had to add an additional class to accommodate more students who wanted to take Clark-Alfaro’s classes this semester.

International business student Kattaree Chaowanich said she joined the class because it fulfills part of the general education requirement but not necessarily to fulfill a study abroad requirement like many students.

Chaowanich actually did not know the class took place in Tijuana until the first day of classes.

“I was literally looking around like did everyone know we were supposed to go to TJ every week because I had no idea,” she said. “I was scared at first, but at the same time, I’m an open minded person. I think that everyone that is taking this class is very open minded or else they wouldn’t be taking this class.”

Chaowanich said the experience started to change her view on Tijuana as the class progressed. She thought the city was dangerous as she had only heard negative stories about this city.

“It’s definitely more safe,” Chaowanich said. “I’m not going to tell people something that I didn’t experience in Tijuana. I’m only going to tell them good things that I experienced in TJ.”

Public administration and Latin American studies graduate student Derick Abrigu knew he wanted to enroll in this class before arriving on campus.

“What interested me the most was the easy access to Latin America, to be able to understand more about how does the relationship work between the first world and the third world,” Abrigu said.

He said he got to see Tijuana as more than a place to go out partying or a place where one could buy things at a cheaper price.

Week after week in the city with Clark-Alfaro’s class, he saw more of the real Tijuana.

“I saw a vibrant city with a particular identity,” he said. “Courses like this one are unique at SDSU. This experiences give you knowledge on the atmosphere, the culture and society which is something that cannot be replicated in the books.”

Gerontology senior Antinika Gardner said she was taken by surprise on how different Tijuana was from what she saw in the media.

“I like the idea of being educated of what around me before what’s beyond me, such as Europe or Asia,” Gardner said. “I continue to be surprised by the peace discovered in TJ and not the chaos that many people rumor and dispel TJ as this ‘dangerous city.’”

Gardner recommends the Culture and Society of Tijuana class to any student who plans to live here for several years because it’s important for students to know their surroundings.

She said Clark-Alfaro plays a big role in making these classes successful because he loves to learn and educate others on these important topics.

“His teaching methods allow you to experience TJ individually without bias,” Gardner said. “We are able to independently explore and learn about Tijuana with an open mind because he allows us to think and develop our own opinions for ourselves.”