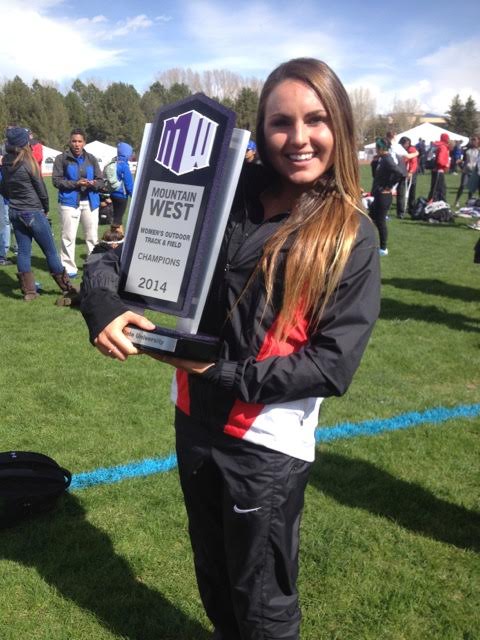 Senior child and family development major Chelsea Kruthers’ determination to pursue her career as a pediatric nurse for children with disabilities had a cost: It ended her cross country career at San Diego State before her final season began.

The cross country team had its best year since 1999 this past fall, but one can imagine how much better the team would’ve performed had Kruthers, the team’s top runner from the previous season, been on the squad.

She made the decision to prioritize her career and future aspirations over a sport she’s been an overachiever in since high school.

Between her jobs at the Town and Country Resort in Mission Valley and as a third grade assistant for Birney Elementary in University Heights, she didn’t have time to excel both athletically and academically.

“I am very proud of my teammates for the accomplishments they have made this season, however, I do not regret my decision in leaving,” she said. “What I miss the most is probably the fact that I am missing a year of D-1 competition that I will never get back.”

Kruthers was also a member of the track and field team, which she also left for personal reasons. She said that she still has love for her teammates and the sport.

She is set to graduate this spring and continues learning from internships as she prepares for her future in the medical field.

For her, not participating for either team this year was something different because she had been competing in multiple sports since her high school years.

Kruthers said it was not hard being both an athlete and a student, as it felt natural. But her biggest issue was time management. Once she was able to juggle school and sports and social life, things became easier for her, she said.

But now that she is away from the field, Kruthers still doesn’t have as much free time as one would expect because of her commitments.

“The hours I don’t spend practicing and competing in college athletics are spent working long hours at my job,” she said. “I would say that the perks of not having a commitment to a sport might vary depending on who you talk to.”

Kruthers said she owes a lot to college athletics because she learned what it takes to be completely committed and devoted to something in order to reach her goals.

Her dad, Michael, said both her mother and he expected her to excel at SDSU because of her tenacity and competitive spirit. He referred to her early years and said she wanted to be the best since an early age.

“We have supported Chelsea with constant encouragement, even when she wasn’t happy with her personal performance,” he said. “She always wanted to be the best at what she does and always puts tremendous effort into whatever she is doing.”

Michael said when Kruthers finished fourth in the 800-meter run at the California CIF finals in her senior year, it opened the door for her college athletic career. He said she got there by “keeping her eyes on the prize” because each day during her senior year she would train even though she faced the adversity of not having a track field in her school.

Despite his daughter’s athletic success, Michael Kruthers approved her decision to leave the sports and fully supported her.

“There were personal matters that played into that decision which were completely out of her control,” he said. “I am bummed for her in that I know that she really wanted to finish her Division 1 track career on an upward note, but she has her life and future career in mind, as well.”

In regards to her graduation, Kruthers said her expectations are to volunteer and travel around the world working with children. Her main goal is to one day become a nurse.

Her boyfriend, Chris Lenzen, a student at Arizona State, said at first he was frustrated with the fact that she chose not to race anymore because of her unbelievable talent and potential, but it wasn’t until he analyzed her situation that he realized this was the best decision.

“Understanding how much she loved to run and compete really speaks wonders about her decision to step away from the team,” Lenzen said.

“She walked away from what she had previously dedicated, and I truly mean dedicated. To me, this was inspiring in a whole new light and I am proud of her for the decision she made.”

Lenzen describes himself as Kruthers’ unbiased ear for her to vent to as he knew about the stress of the sport and how at times it got to her. When she needed someone other than a teammate or a coach he was there for her.

“Her sole focus was on running, so much so she nearly forgot about herself,” Lenzen said. “The biggest way I supported her was by reminding her about all the things she appreciated in life outside of running.”

Kruthers said she might wind up coaching in cross country or track, but for now she would like to focus on her goals in the medical field.