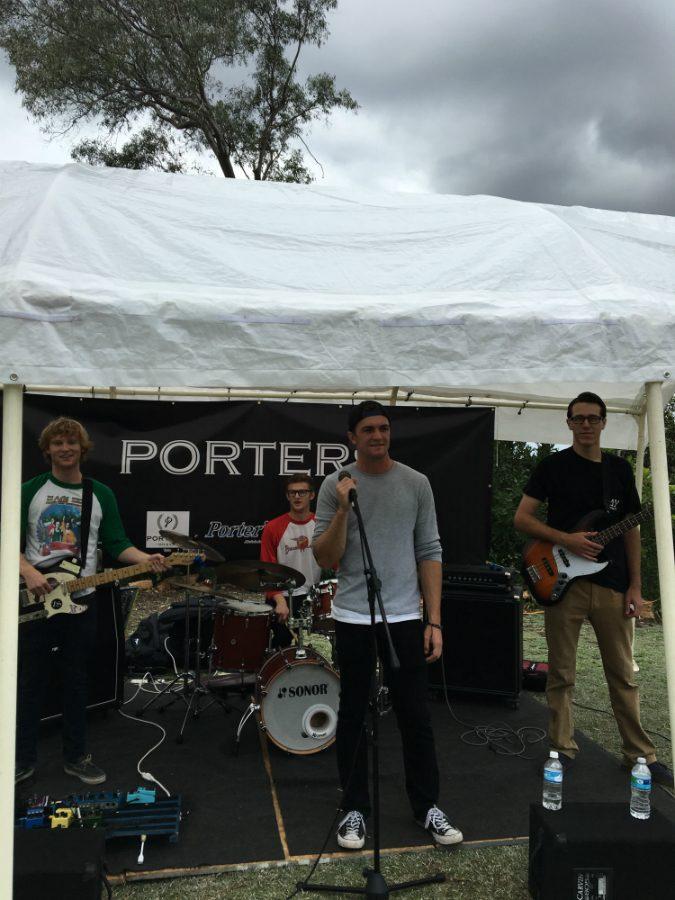 With the rising popularity of social media over the past few years, many musicians have turned to the Internet to get their name out there.

However, student band Going Postal values the power of performing for an audience more than posting its music online, and it takes advantage of every opportunity for a live performance.

Going Postal formed in October of 2014. Physics sophomore and bassist Andrew Freeman, business sophomore and guitarist Pete Spaeth and statistics sophomore and drummer Max Meredith got together to compete in Aztec Rock: Battle of the Bands the day before the audition tape was due.

The band’s original singer left the group due to other commitments. As a result, Going Postal went on hiatus until its current vocalist, business junior Chase Crow, joined the band. Since adding Crow to the group, Going Postal has begun to play more frequently.

“We have a lot of good stuff lined up,” Freeman said. “Right now as a band we’re getting some good momentum going and starting to record a lot, which is a lot of fun.”

The four members’ respective musical influences mesh to create the band’s sound, which Freeman describes as an alternative rock sound with influences like jazz and funk.

The group’s songwriting process begins with Spaeth, but all of the members contribute to every song.

“I bring the bones of (a song), but everyone fine-tunes it as a whole,” Spaeth said.

All of the members have a similar goal in mind when making music, which contributes to their cohesion and camaraderie.

“In my experience playing with bands, it’s always good for all of the members to be on the same page (as to) what they want out of the band,” Freeman said. “All of us are pretty easygoing guys. This is a college band. We’re here to just write music, have fun with it and expand on our musical knowledge.”

The biggest way Going Postal tries to get people to hear its music is by playing publicly. Although the members believe social media is important and can be helpful to musicians, they find that it has become a crowded place to achieve recognition.

“The Internet is just so flooded,” Spaeth said. “Everyone wants you to check out their social media.”

Going Postal is currently working on an extended play of five or six songs, which the members hope to release by late May.

“Once we (release) an EP, people will have something to know what type of music we actually play,” Crow said.

Public administration senior and fellow musician Michael Schenk believes the band can capitalize on the appeal for its genre of music.

“There will always be an audience for this type of band,” Schenk said. “They have massive potential. If they continue to record and (play) gig(s) frequently, I see great things on their horizon.”