The Daily Aztec • May 4, 2016 • https://thedailyaztec.com/77735/artsandlifestyle/senior-farewell-ryo-miyauchi/ 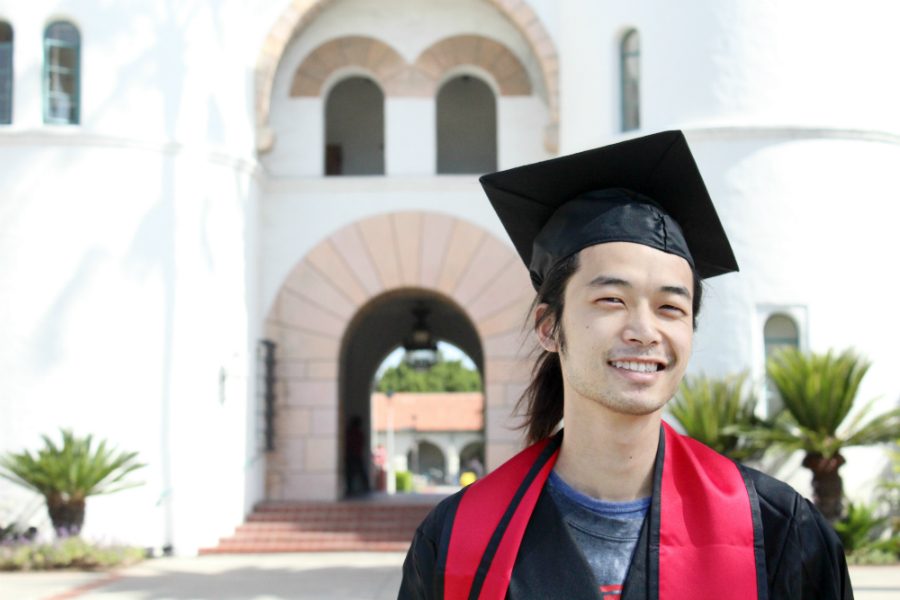 This took a while — six years to be exact.

Despite all the stress, I had such a great time here. And I listened to so much music to get me through it. So I thought it’d be best to say farewell by talking a bit about the songs that defined my college years.

What better song to start my freshman year of college than Best Coast’s “Boyfriend”? Bethany Cosentino’s guitar riff kicked open a new chapter in my life with gusto. It was the theme song during my time at summer school for a remedial writing course — the irony — and it has stuck around in my playlist since.

I spent the first year of college without a car, which meant almost two hours of my afternoon was spent on the trolley commuting home. I made the best of it by listening to countless albums, and one I vividly remember is James Blake’s self-titled debut. The record came out in the rainy season of February, and Blake’s sparse piano-led soul synced perfectly with the grey clouds.

2012: “The House That Heaven Built” by Japandroids

I’m not going to get into much detail, but I hit both my highest and lowest points in 2012. An emotional roller coaster of a track, “The House That Heaven Built” and Brian King’s life-or-death screams capped off a wild ride. Shouting along to King’s lyric — “if they try to slow you down, tell them all to go to hell” — during night drives was a necessity.

Guess what? Things do get better. I started writing more, meeting new people and figuring out where I wanted to be. Paramore also had a wonderful year with their successful self-titled album getting them out of their dark past. The band couldn’t release their beating-the-odds single “Still Into You” at a more perfect time.

Like Makonnen, I went about life on an entirely different pace in 2014 than my friends. The Atlanta rapper partied solo on a weekday. I struggled to get ahead in life while my friends peaced out of college. But if the party anthem taught me anything, people get things done at their own pace and there’s nothing wrong with that.

There’s no looking back whenever “Run Away with Me” comes on. That saxophone riff put the bad year behind me for good, and it provided me with a soundtrack to a time that brought nothing but pure joy, good times and wonderful company.

I’m tired. I had the busiest semester I’ve ever had during my six years of college. I still don’t feel prepared for my life since I started. Oh well. The workload is off my shoulders, if only for a little bit. It’s finally over, and I’m glad.