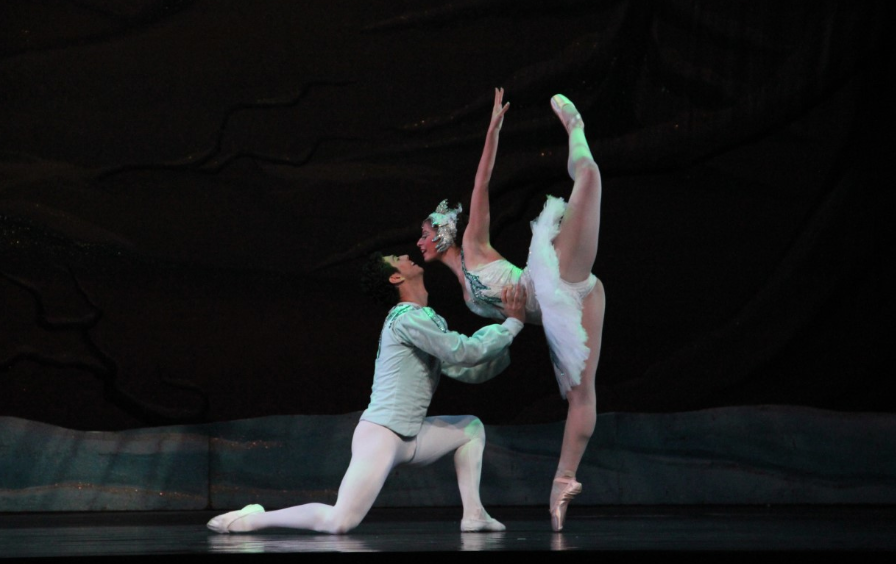 At 14, he became a professional ballet dancer, falling in love with its challenges.

“You’re considered a professional dancer when you finish your schooling,” Di Dio said. “But during your schooling you have the opportunity to perform with the company so you can grow your knowledge and understand how rehearsals run on stage.”

The junior business management major was raised in Procida, on one of the three islands off the coast of Southern Italy. Di Dio began to study dance at Procida Hall Studio before beginning his formal training at San Carlo Opera House. Di Dio then moved to Harmony dance school in Naples with his teacher Arnaldo Angelini. After officially graduating in 2005, Di Dio began dancing throughout Europe before moving to the U.S. in October 2009, where he met his now current girlfriend business senior Bernadette Torres.

“Carlo’s personality is not that of a typical dancer,” she said. “He loves being in the studio, but we’re both so ambitious, motivated and curious to see what lies outside. He’s always trying to reach the next level and doing something more.”

When Di Dio is preparing for a performance, he works out five to six times a day. When he’s just trying to stay in shape, it’s three hours Monday through Friday. To Di Dio, “working out” consists of class, rehearsal then the gym—at least twice.

Di Dio said he always wanted to attend college, but in Italy student’s pay tuition fees for the entire year and online classes are unavailable. He thought about what he wanted to do after ballet and after coming to the United States and realized getting a degree is crucial.

“I wanted to be more involved with the business side of the company,” he said. “A company grows when you know how to motivate people and that’s what business management helps me with. It helps me understand people and motivate them to give their best performance.”

Di Dio began to pursue business management at Southwestern Community College in 2012. Not knowing any English, which Di Dio says is his biggest challenge, spent three years at SCC taking all the prerequisite English classes before being admitted to San Diego State.

“One day my girlfriend brought me to campus and I was so shocked,” he said. “This American campus looked just like on television and I knew this was where I wanted to go.”

Di Dio began as an entry-level dancer, but with his many years of artistic experience with technique and rehearsal, quickly moved to a principal dancer in San Diego.

“My teacher used to say, ‘you can’t fake dance,’” Di Dio said. “The audience will feel you in that moment and know you’re faking it. On stage, it’s just you.”

Although ballet is challenging, Di Dio says you need to do what makes you happy.