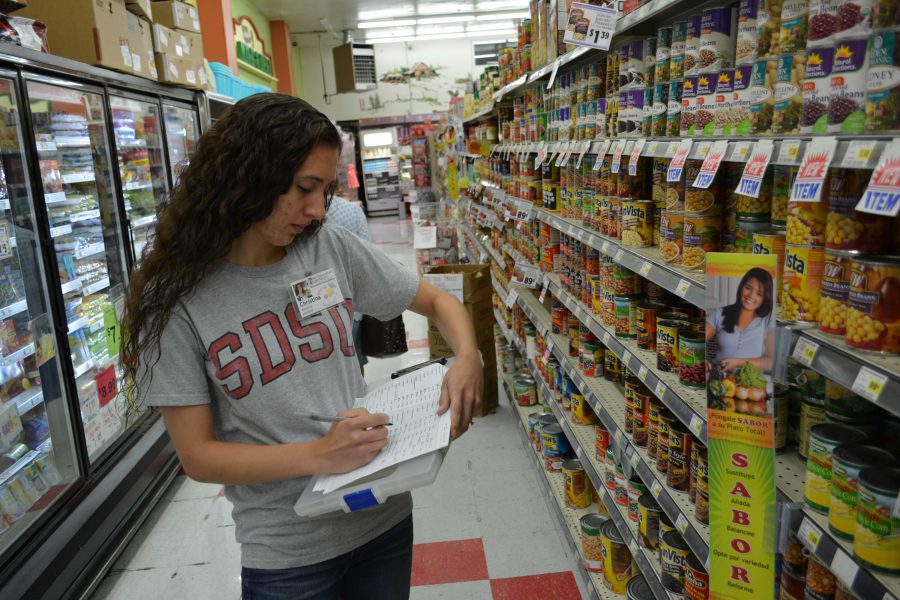 The funding, which comes from both public and private organizations, is a significant increase from the $120.6 million received during the previous fiscal year.

“This rise in funding is a reflection of the tremendous efforts of our faculty who are making important discoveries and developing real-world applications for these research advancements,” said Stephen Welter, vice president of research and dean of graduate affairs.

“SDSU continues to make investments in research and creative activities so that our students are challenged and society is served,” he said.

Last year, a total of 707 awards were given to faculty and staff for student research and project funding.

Awards with larger amounts include funds to facilitate research of health and health disparities, autism research and the exploration of the molecular properties of RNA.

Of those awards, the largest contribution came from the National Institute on Minority Health and Health Disparities.

The organization, a part of the National Institute of Health, also awarded SDSU a $10 million endowment to improve infrastructures that support health and health disparities.

Unlike most grants, the endowment is unique because the money is not given to a particular investigator or project but rather as a contribution of $2 million every year for five years.

Principal investigator and Director of the Computational Science Research Center Jose Castillo said the biggest difference is that the money given will be invested rather than disappear after five years.

“The reason why this is a very good grant is because at the end in 10 or 20 years we have generated 20 million,” Castillo said. “The money stays here and it doesn’t disappear. You just continue using that money.”

There is collaboration between Public Health, College of Sciences and the College of Engineering with an investigator from each department.

Castillo, along with Guadalupe X. “Suchi” Ayala, associate dean for research in the College of Health and Human Services and Keen Moon, mechanical engineering professor, are all principal investigators.

“Most projects serve to answer a specific question but the idea here is to invest in infrastructures, whether it be programming or engineers who can help us with new technology,” Ayala said.

Ayala is currently working on understanding how parents and children influence each other when grocery shopping and the healthy options they make.

With the help of eye-tracking glasses purchased through funding by the NIH, they will be able to track what the participants look at.

The grant will help them use technology to reduce health disparities among minorities and has also helped break down barriers between disciplines.

The CSRC received previous grants that helped develop the computational structure, but this endowment will allow it to expand and connect all three departments to its high-speed network, which has a maximum of 100 gigabit per second.

“The overall goal is to generate the computational infrastructure to facilitate the research in health disparities populations,” Castillo said.

The greatest impact of the grant will be facilitating public health research by connecting researchers to the center and allowing them to move data quickly, Castillo said.

Before the center, the university only had one gigabit per second to transfer data and researchers would have to move their calculations somewhere else because it would take too long at the university.

“Now you can do your calculations anywhere in the world and move it here really fast to your desktop to do the analysis,” Castillo said.

The other awards, totaling $2 million, will be given to researchers over the course of five years.

SDSU psychologist Inna Fishman received one of those grants from the NIH to look for developmental autism in children.

The other grant is for the exploration of RNA molecular properties that could lead to new antibiotics.