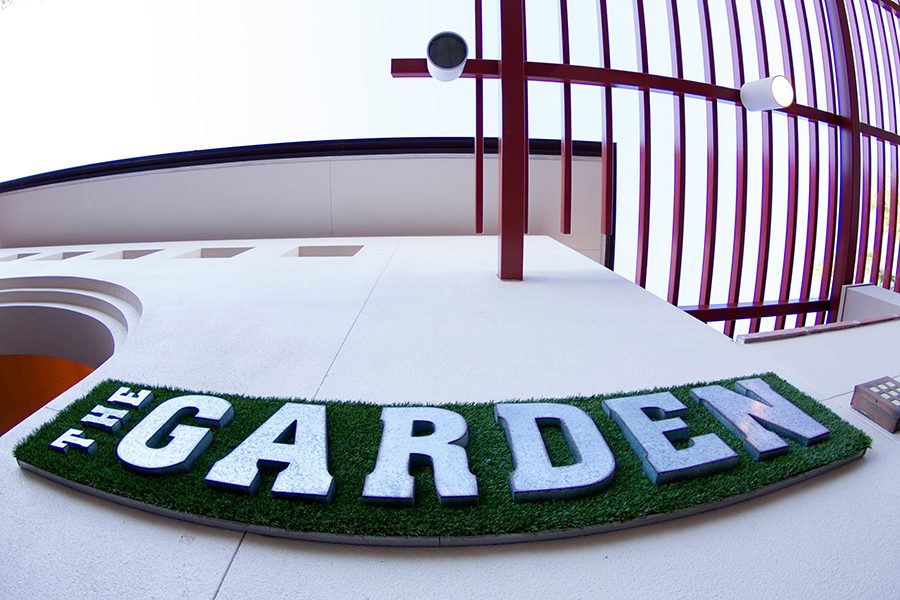 With the new school year comes changes to some of San Diego State’s dining options.

The Cuicacalli Dining Room has been renamed The Garden and Daphne’s Greek Café left East Commons soon to be replaced with Texas-based Dickey’s Barbecue Pit. Bruxie has also left and the tenant who will replace it is still unknown.

There will be more emphasis on produce this year at The Garden than in years past.

“As far as a healthy option, there are proteins available, but the focus is on an amazing salad bar,” Melchior said.

He also said The Garden will use more produce grown in the College Area Community Garden.

“We have 20 plots there,” Melchior said. “The items that we grow there are being featured in The Garden. We’re making a connection between those two.”

Some students were critical of the changes being made.

“I don’t think changing the name of something, especially to something like ‘The Garden’ is going to make a significant difference,” said business sophomore Matthew Webb.

“I think they are just trying to have students believe a lot has changed, and it’s going to take a lot to prove otherwise.”

“We changed much more than just the name,” Melchior said in response to this criticism.

“The location received a refresh physically to modernize the restaurant,”  Melchior said. “The menu features chef-crafted cooking utilizing fewer processed ingredients than the Dining Room’s menu. The food is healthier overall, which is what our customers tell us they want via surveys.”

Daphne’s left its East Commons location at the end of the 2016 spring semester.

It is to be replaced with Dickey’s Barbecue Pit, but Melchior said the timing at this point is unclear, as Dickey’s is still awaiting approval of construction plans from both the state fire marshal and SDSU Environmental Health and Safety.

“Once all of their plans are signed off … their construction window is approximately a month. So it will happen quickly once the plans get approved,” he said.

“I really only ate at Daphne’s when I was tired of everything else, but I would definitely eat at Dickey’s,” financial services senior, Caleb Ransom said.

Melchior said there are talks with a potential new tenant in place of Bruxie, but said he could not name the potential tenant as nothing is yet official.

In the longer term, Melchior said the new South Campus Plaza, which is at the intersection of Montezuma Road and College Ave., should be open for the Fall 2017 semester.

Trader Joe’s was announced as the first major tenant to sign a lease in August 2015.

Eureka!, a chain serving hamburgers and craft beer, is the only other major tenant to have been announced so far, having signed a lease in May.