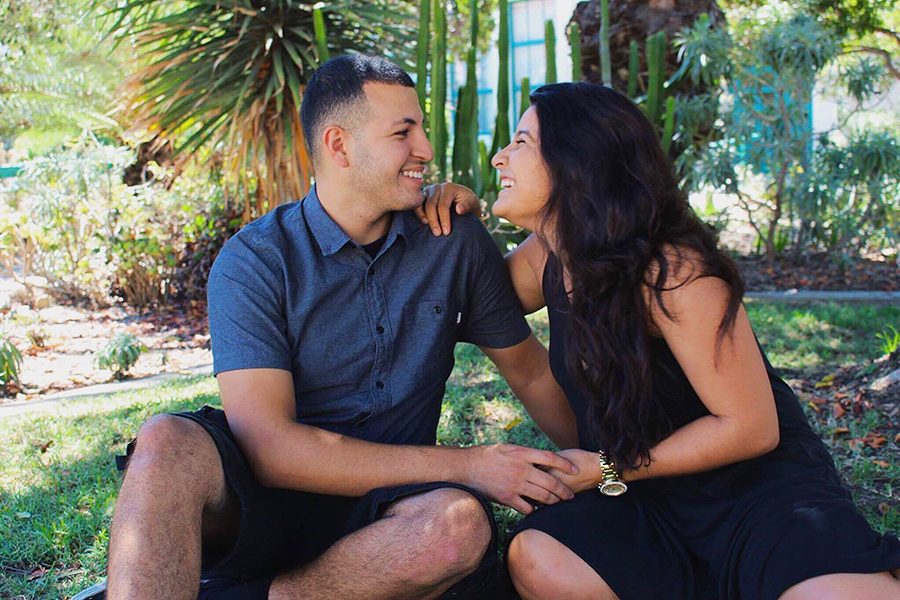 Being in a long-distance relationship is definitely no walk in the park, but it’s worth it.

I met my boyfriend Miguel Santamaria in high school at a football game. I hit on him, got his number and we became really good friends. Over time we admitted that there was more to our relationship than a friendship, but unfortunately, timing hasn’t always been on our side.

Miguel didn’t become my boyfriend until the end of my first semester at San Diego State.

Going into the relationship we knew it would be long distance because he lived in Los Angeles and I went to school in San Diego, but we were determined to make it work.

I realize that there is only a two-and-a-half-hour distance between us, and that a lot of other couples in long-distance relationships have it harder than us, but regardless, these types of relationships are difficult.

Not seeing the person you care about every day is extremely difficult and discouraging at times, especially when you feel you need them the most. Seeing couples walking on campus is difficult, because you wish that could be you with him.

But the most important thing to remember if you’re in a long-distance relationship or considering being in one, is to not feel like the odds are against you.

At the beginning, it can seem like the long-distance relationship has more struggles than an average one and that it has a higher chance of failing. But it doesn’t, as long as you think positively.

It’s easier to be negative when it comes to not seeing someone you love, but negativity or fear of the unknown should not be one of the reasons you don’t give it a try.

If you constantly think about all the negatives like how you won’t see the person for two weeks, or how you wish you could be with them all of the time, you’re going to get depressed and start losing hope. You should never lose hope.

Instead of thinking of the bad, think of the good. Two weeks is better than two months, or two years. Other couples have survived longer distances, and so can you, if you’re both invested.

If you really care about someone, you will try your hardest to make it work.

Instead of walking around depressed you aren’t seeing them for another two weeks, use the next time you’re going to see them as motivation to make the days go by faster.

There is nothing better than seeing Miguel after being apart from him. That day or weekend that I’m with him after not seeing him for a while is 10 times better than anything else because I’m so happy.

As corny as it sounds, it’s like everything in the world is good again because I’m with my best friend.

And although long-distance relationships can suck, I wouldn’t trade it for the world.

If there’s one thing I’ve learned from dating him, it’s this: if you care about the person enough, you should never let distance get in the way of that.