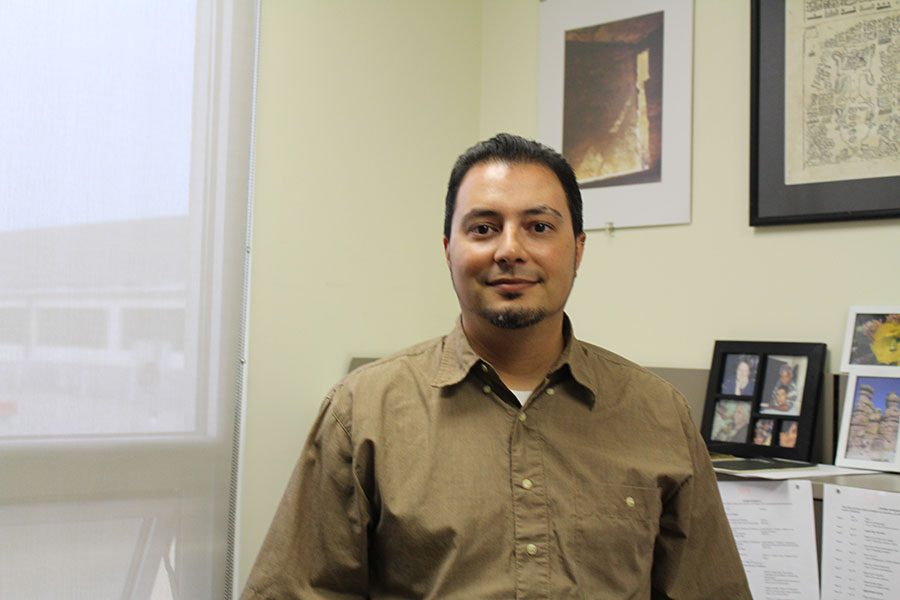 Although Isaac Ullah is a new anthropology professor at San Diego State, he is a seasoned archaeologist using his experiences to drive his teaching.

A graduate of Arizona State University, Ullah has conducted fieldwork in Jordan, Italy and Kazakhstan and brings the knowledge he acquired from those travels into the classroom.

“I use a lot of my fieldwork, the substance of it, but also some of the new approaches I’m taking to illustrate some of the concepts of how we can move beyond the traditional narratives in archaeology,” Ullah said.

Graduate advisor and fellow anthropology professor Erin Riley said that Ullah’s field sites could potentially be used for students to apply what they learn in class.

“Ullah has the ability to provide students with hands-on training in archaeological research in an international setting,” she said.

His areas of interest are social and environmental changes surrounding farming and animal husbandry, especially in the Eastern Mediterranean.

“If we go back and look at how people dealt with some of the difficulties of making a living, maybe we learn stuff from that about where we go moving forward, how we can make a living without killing everything,” Ullah said.

Even though archaeologists study history, Ullah’s main goal is to shape the future.

“As an archaeologist, we study the past,” Ullah said. “We study dead people and all of their stuff. I think that’s interesting in itself, that’s how I got into (anthropology). It’s really interesting to know where we came from, but at some point it occurred to me that we’re not doing anything with that information.”

Ullah said people could use what they know about anthropology to approach current issues such as sustainability, population growth, world hunger and environmental catastrophes.

He said many archaeologists disagree with his viewpoint, since activism is not commonly supported in the field. However, that does not stop him from trying to pass on his outlook to his students.

He said that taking his classes is a great way to start moving towards using anthropology to create a brighter future.

“Basically (in class) we look at when things go right, and a couple of cases of when things went wrong in the past and how we can try to avoid making those same mistakes,” Ullah said.

Ullah also has expertise in computer modeling, creating digital human models based on excavated remains and geo-archaeology: combining geology and archaeology to understand how landscapes change. He hopes to weave aspects of the field into his future classes.

He also hopes to work with students individually, despite large classes.

“There is the traditional little bit of lecture (in my classes), but even with large class sizes I try to interact with people as much as possible,” he said. “My lab class is a great way to have a little bit more interaction.”

Especially in his lab classes, Ullah said he wants students to have opportunities to learn hands-on, as he believes it will lead them to more valuable learning.

“I like to work towards a more project-oriented style of teaching and learning,” he said.

“I think it’s more satisfactory for everybody. When you have a product at the end of a course, and it’s useful, that’s going to be a more lasting lesson for somebody.”