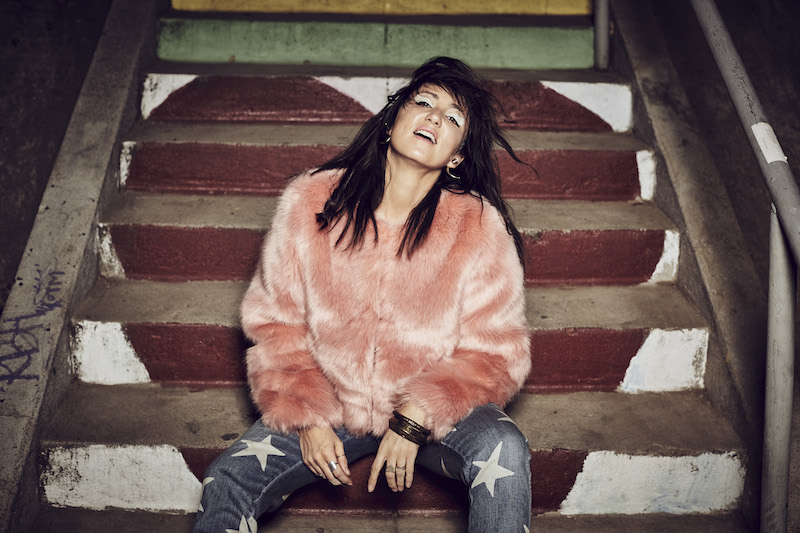 The House of Blues San Diego was a sanctuary of positive energy Sunday, Oct. 2, when KT Tunstall ignited the crowd through the enthusiastic themes of her upbeat new album, “KIN.”

As she opened her set with the same energy channeled on “KIN”, she encouraged the audience to join her in carelessly dancing along to the music.

“There’s this button, and when we push it all of a sudden it’s Saturday night again,” she said to the crowd.

Since her last few albums were more folk-oriented, Tunstall said she was excited to return to making pop music.

“I was very happy to find myself writing a strong, big, bombastic pop rock record again,” she said. “It feels like the first time since my first record that I’m writing pretty carefree, quite muscular, up-tempo, big choruses.”

“KIN” was released Sept. 9 and was created against all odds, as Tunstall moved to Los Angeles and was planning to write music for films rather than continuing to release new albums.

“I was burnt out from making records and touring and I didn’t want to do that anymore,” she said.

Tunstall said that rather than putting pressure on herself, she wrote when she felt inspired, and this freedom contributed to the freshness of “KIN.”

“I went through a process of completely cutting the umbilical cord with making records altogether,” Tunstall said. “(I came) back to it fresh and feeling completely reinvigorated and also excited about it in a way I’ve never been before because I’m a different person. I’ve been through some sh–t in the past few years and I’m finding myself coming out of it better than I was before.”

Reinvigoration was a staple of the concert, as the venue was rocked with the sing-along chorus of one of Tunstall’s favorite songs from “KIN,” “It Took Me So Long to Get Here, But Here I Am.”

“I’m going to play a new song, but I like it when you guys sing along,” Tunstall said to the crowd prior to playing the track.

She proceeded to conduct the crowd through the melody of the line that the song is named after.

This teaching moment has become a ritual during Tunstall’s tour.

“It’s just amazing seeing all of these people singing along and dancing and jumping up and down to a song they haven’t heard before,” she said. “It’s really special.”

Interacting with the audience is typical of Tunstall, as she explained the story behind almost every song prior to performing it.

“(Tunstall) was very personal,” communications sophomore Briana Marquez said. “I felt really close to her after (the concert). I’ve been to a lot of concerts but I’ve never known an artist more after a concert than I did with her.”

Tunstall provided backstories for songs such as “Everything Has its Shape,” explaining that the title is a play on the phrase “everything happens for a reason,” and “On My Star,” telling the crowd to imagine that they have to live in outer space and they can only bring one person.

Tunstall still ventured into the folksy, acoustic tracks of her past records, having the band leave the stage and subsequently doing a solo performance of deep cut “The Punk.”

She sent the crowd into a frenzy with a cover of The Bangles’ “Walk Like an Egyptian,” prompting the performance by asking, “Who here likes classic 80s pop?”

Her biggest hit “Black Horse and the Cherry Tree” was met with perhaps the most excitement of the night from the second she sang the song’s signature “woohoos.”

The performance took a turn as it became a mashup with The White Stripes’ “Seven Nation Army,” with Tunstall playing the classic guitar riff on a kazoo.

Before the night could end, Tunstall provided the audience with life advice.

“I think in making (KIN) I’ve learned the meaning of life. Do you want to know what it is?” she asked the crowd.

“Enjoy yourself,” she said.

Just after Tunstall answered her own question, she soared into the show’s finale, a celebratory performance of fan favorite “Suddenly I See,” which was originally released on her first album “Eye to the Telescope” in 2004.