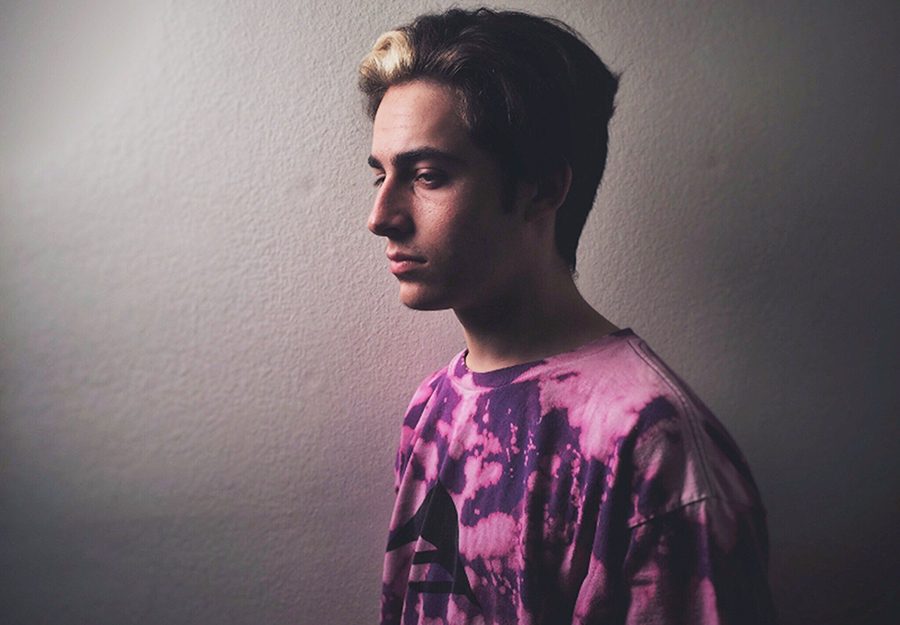 Music recording technology and audio design sophomore Jesse Aaron had just finished playing a new song for 15 of his classmates in high school when, by the end of the song, six of them were crying. That was the moment Aaron knew he wanted to pursue music professionally.

“The way (the performance) made me feel by being able to convey that emotion and portray it with other people,” Aaron said. “That was the first time it clicked with me that this can be more than just a fun hobby.”

Aaron first came to San Diego State undeclared but quickly declared the music major when he realized he couldn’t picture himself in a 9 a.m. to 5 p.m. office job. Ever since joining the music program at SDSU, he has received support from classmates and professors.

Assistant Dean for Student Affairs Tita Gray helped Aaron create a music video, connect with other musicians on campus and introduce him to people at Atlantic Records.

Aaron identifies as a singer-songwriter and hopes to be a professional performer in the future.

His music influences range from Ed Sheeran to Pink Floyd.

“As far as inspiration goes, (it’s)anyone that pulls any type of emotion out of me,” Aaron said. “It’s kind of like hearing original sounds helps me create original sounds. Any song I hear that draws raw emotion fuels me to write something with genuine emotion.”

Aaron also pulls inspiration for his songs from personal experiences. He’s noticed a darker theme to his songs, but believes that his best songs come from his worst days.

“It’s ironic because you don’t want anything bad to happen, but if nothing bad happens then you may or may not have a real drive to write,” Aaron said.

Aaron uses social media to promote his music and open mic night shows for exposure. He already has connections with managers at major record labels who are interested in his music, but he cannot progress in his career until he has a larger fan base. Although growing his fan base hasn’t been easy, he’s hopeful for the future.

“It’s really depressing because I still have so much to go, but I at least know that people are interested,” Aaron said.

He encourages people to listen to his music because his originality and passion separate him from other young artists.

“People have talked to me about my music and performances, and they tell me that I have a lot of passion when I’m singing and that connects more with the audience than someone who is singing with no emotion whatsoever,” Aaron said.

“I think he brings something new to the table with his genre because he makes sort of poppy music,” Adu-Acquah said. “But at the same time, as someone who doesn’t like generic pop music, I can recognize it and say it’s good and not generic.”