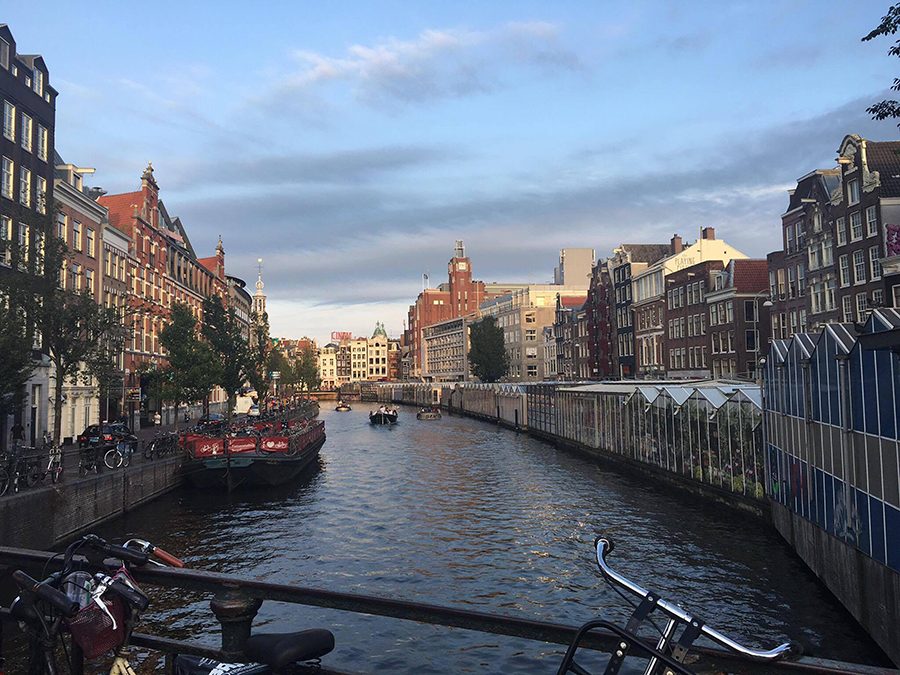 Communication junior Pauline Geluz did not have the easiest experience leading up to her year long study abroad in the Netherlands.

Geluz originally wanted to study abroad in Paris and took French classes in order to become proficient but was unable to learn the language quickly enough to live in France.

Geluz said her friend Kelsey Deguia, journalism and media studies junior, told her about Erasmus University in Rotterdam, Netherlands and encouraged her to consider the program.

After looking into the program in Rotterdam, Geluz contemplated studying abroad for a year.

“I was hesitant at first because of the money thing and being away from family for so long, but realized this is probably a once in a lifetime opportunity, so why not seize it,” Geluz said in a Skype interview.

Aside from money, another issue Geluz faced was telling her family.

“I was scared of what they’d think, mostly being rejected because I wanted it so bad and didn’t want to even think about it not being possible for me,” Geluz said.

She planned on telling her parents during winter break in 2015, but didn’t actually tell them until she returned to San Diego for the spring 2016 semester.

Geluz said having her grandmother in Germany and going with Deguia made her parents more comfortable with the idea of her leaving.

The application requires students to prove they have enough funds to support themselves during their entire stay.

This was an issue for Geluz because she didn’t have all of the money in her reach. She heavily depended on financial aid through loans, grants and scholarships which are not dispersed until schools starts each semester.

“I realized though that I have three months to get the permit so I just finalized it all when I got to Netherlands,” Geluz said.

“I never had any doubts in my mind on whether or not she could survive studying abroad,” Carino said.

After officially getting accepted to study abroad for the 2016-17 academic year, Geluz said preparing to study abroad was not too difficult.  She also said adjusting to life in Rotterdam has been fairly easy.

“I really feel like I’m getting such a rich education out here filled with diverse people, perspectives, new opportunities to grow myself,” Geluz said. “I mostly got the impression that going abroad was mostly gonna be for traveling, but school has proven to be life changing so far.”

Now that she is gone Carino said she misses her best friend.

“It’s difficult to adjust to her not being here,” Carino said

Hayden Willis, finance junior said he misses Geluz too but knows she is seizing the opportunities she has abroad.

“She’s spontaneous and fun, so I can only imagine all of the cool stories that she’ll come back with,” Willis said.

So far, Geluz and Deguia have traveled to Germany, Paris, Amsterdam and Utrecht and are planning a trip to Prague.

“It doesn’t seem real but it is,” Geluz said. “It’s like a dream. I wish everyone had the opportunity to go abroad for at least a short time in their life. It’s so much more worth it than you could ever imagine.”