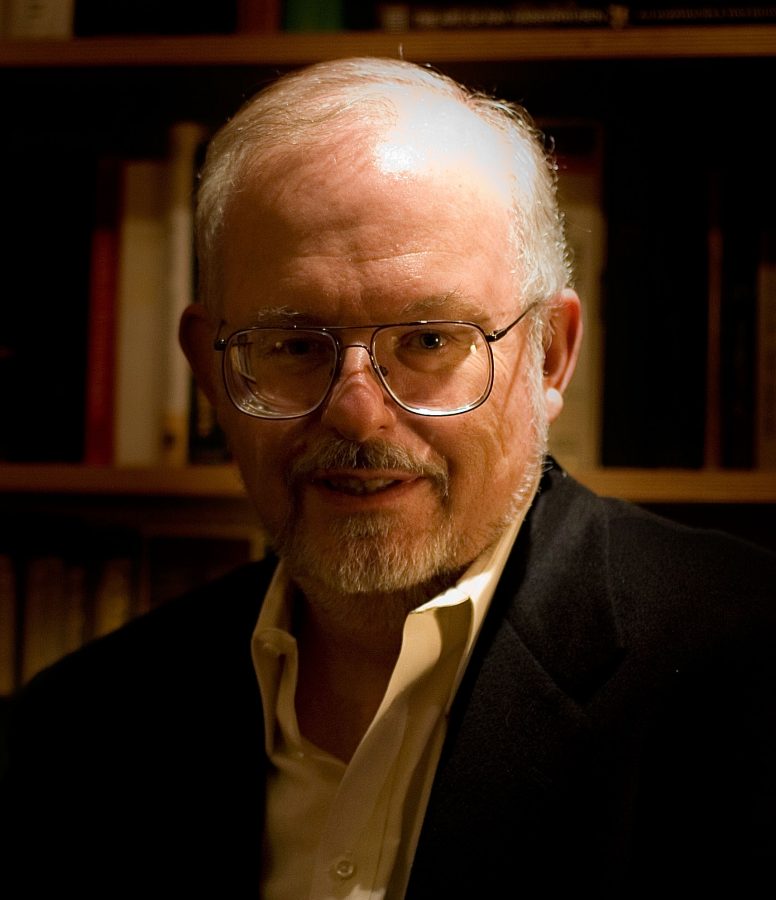 Have you ever been sitting in lecture wondering who the student sitting next to you will become in the future?

Some students become engineers, teachers or even writers. Such is the case of San Diego State alumnus and novelist Greg Bear.

Bear credits his decision to become a writer to an experience he had at the age of six while being stationed with his father in the Philippines.

“I was at the officers club watching ‘20 Million Miles To Earth’ and that evening I had a nightmare,” Bear said. “I realized (in my nightmare) that the monster from Venus was coming out of my bedroom wall. I thought (it) was so cool that I started writing and reacting to it and at that point I started putting together stories and artwork.”

A native San Diegan, Bear enrolled at SDSU in 1968, the same year United States astronauts orbited the moon for the first time.

“(I found no) difficulty getting in because San Diego State was very accessible and not very expensive at the time,” he said.

Bear’s experience at SDSU was rich to say the least.

He recalls a time when the campus was starting to become a forefront cultural diversity and social activism.

“(There was) a point when protest of the Vietnam War occurred,” Bear said. “There was a lot of student activism and a lot of cultural activity.”

Through his most recent visits to the campus Bear has a hard time recognizing certain areas.

“The (Conrad Presbys Aztec) Student Union is really different from what it used to be,” he said. “When I was there they (had just) started building the new library.”

Over time, the library became a kind of sanctuary for Bear.

His time spent there encouraged hours of reading and time to indulge in authors he considers to be his inspirations including Arthur Clarke, H.G. Wells and Jules Vernes. And with shows like “Star Trek” and films like “2001: A Space Odyssey,” his passion for everything science fiction only grew.

Bear said he bonded with Chater over their combined love of science fiction, a topic Charter was well-versed in having already written books on the topic.

“We kind of made a connection,” he said. “I was just an undergraduate so I didn’t have any teaching credentials, but she kind of made me her assistant teacher for that course.

Together we watched the sci-fi community take off at SDSU.”

Bear and Chater brought the first ever sci-fi course, to SDSU students back in the early 70s.

But they encountered some opposition from the English department.

“(The) English department deeply resented the fact that this was a hugely popular course,” he said. “They were a little conservative on their attitude towards the curriculum and there was a lot of fighting for funding.”

Bear said Chater stayed true to the course, even finding funding, before passing away in 2004.

In 1970, Bear became one of the five co-founders of San Diego Comic-Con.

This convention is an international, multi-genre entertainment and comic convention, which has become a staple of the culture of San Diego.

Bear partnered with fellow science fiction fans from San Diego and New York and created the first Comic Con in the basement of the U.S. Grant Hotel.

“It blew up,” Bear said. “By 1983 it was so big that the San Diego City Council wanted to shut it down, because all of these comic book fans were running around downtown being a nuance. But amazingly it continued and now it’s a cultural meme.”

After graduating from SDSU in 1973, Bear turned his passion for science fiction into a reality.

He became the recipient of prestigious awards and nominations, including the Hugo and Nebula Awards.

Writing acclaimed books like Darwin’s Radio; a novel that explores human evolution, and Moving Mars; a coming of age story that explores political issues in a futuristic setting.

Nevertheless, Bears lovechild can be considered Eon, a story that details the Cold War in an alternate history.

Over the course of his career, Bear has written 44 books, many of which have been on the best sellers list.

Currently living in Seattle, Bear rarely visits SDSU but said he credits much of his professional experience to its classes and people.

Bear said the courses still alive and well at the university convey the importance of science fiction courses in providing a different approach to “cultural and social issues.”

Greg has partnered with Love Library to donate a small collection of his literary manuscripts, including drafts, corrected galleys and correspondence.

Special Projects and External Affairs Officer Lynn Hawkes, said she has Bear to thank for the ever expansion of library material, even calling Bear its “super friend.”

As for current aspiring writers and science fiction fans, Bear has some words of advice.

Bear is currently writing “Take Back the Sky,” a science fiction book, which follows a man held in isolation on Earth. It is set to be released this December.