Surf punks come to the Observatory 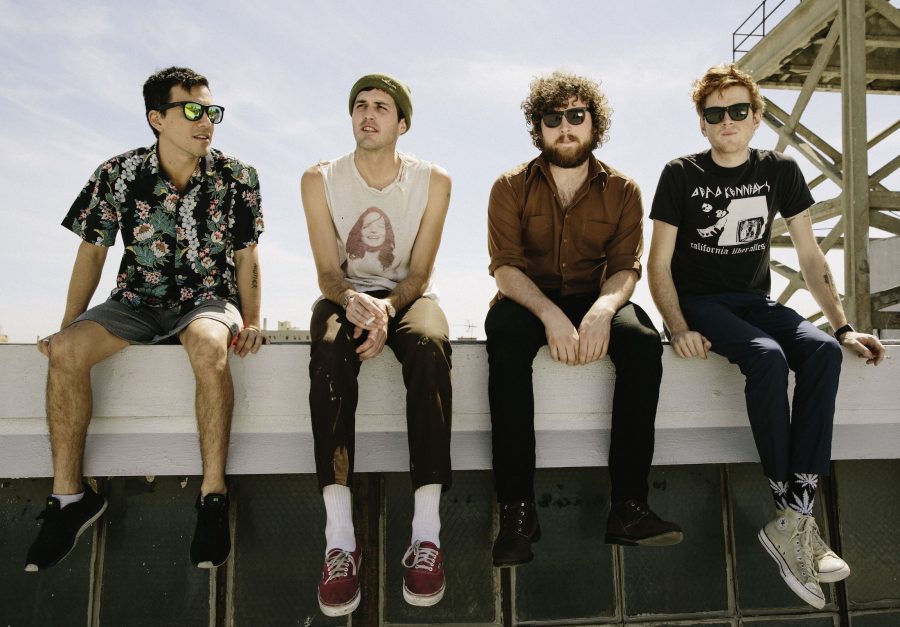 It’ll be a perfect night for punk-heads to rejoice Friday, Oct. 28, when FIDLAR, SWMRS and The Frights perform at The Observatory North Park.

FIDLAR’s latest album, “Too,” came out to critical acclaim September 2015 and was the follow-up to its eponymous debut album.

San Diego natives The Frights also released its third and newest album, “You are Going to Hate This,” in February.

Zac Carper, FIDLAR’s lead singer and guitarist, helped produce “Drive North” and “You are Going to Hate This.”

“I’ve spent a lot of time with those kids (from SWMRS and The Frights),” he said. “They’re just like family to me.”

SWMRS performed at the Che Café in April, delivering a raw, loud and unstoppably energetic performance characteristic of their music and shows.

“Seeing SWMRS live is an all-around great time because with their music it’s really easy to get lost in just having a good time,” said television, film and new media production sophomore Michael Abshear, who attended SWMRS’ April show. “The band members enjoy themselves just as much as the audience does.”

A SWMRS show serves as a punk paradise, with the out-of-control audience of teens moshing and crowd-surfing from the first chord to the final note of the show.

FIDLAR always brings a similar energy to its sets as well, with the crowd’s excitement reflected from the band’s nonstop vigor.

“I work with a lot of bands and go to shows a lot, but one thing I’ve noticed that’s different in my band compared to the other bands is that our crowd is so insane,” Carper said. “There’s got to be something in our music that’s doing that to them.”

Carper said that their audiences often get lost in their music, and come to their shows to do so.

“(The crowd) is going to expect to just check out for a second (at our shows),” he said. “That’s why they’re probably there. It’s a very different experience than seeing a more mellow band. Our crowd, they come to just let go.”

SWMRS fans also come to shows to let loose, and are attracted to its fun songs that hit close to home for young people.

“SWMRS has the type of songs that you want to sing along to with your friends in the car,” Abshear said. “Its songs are catchy with relatable themes.”

Carper said FIDLAR’s improved dynamics have helped the band to build up the excitement throughout shows.

“We were used to playing 45 minute sets where we just blast the whole way through, but now we’re learning how to do slower songs and build them up,” he said.

The bands are excited to return to San Diego, and have had positive experiences performing here in the past.

“I really like the audience in San Diego, to be honest,” Carper said. “It reminds me of my childhood, with all the skaters and all the surfers.”

The punk show is sure to be the hard-rocking, high-energy night of letting loose that the bands always promise at their concerts.