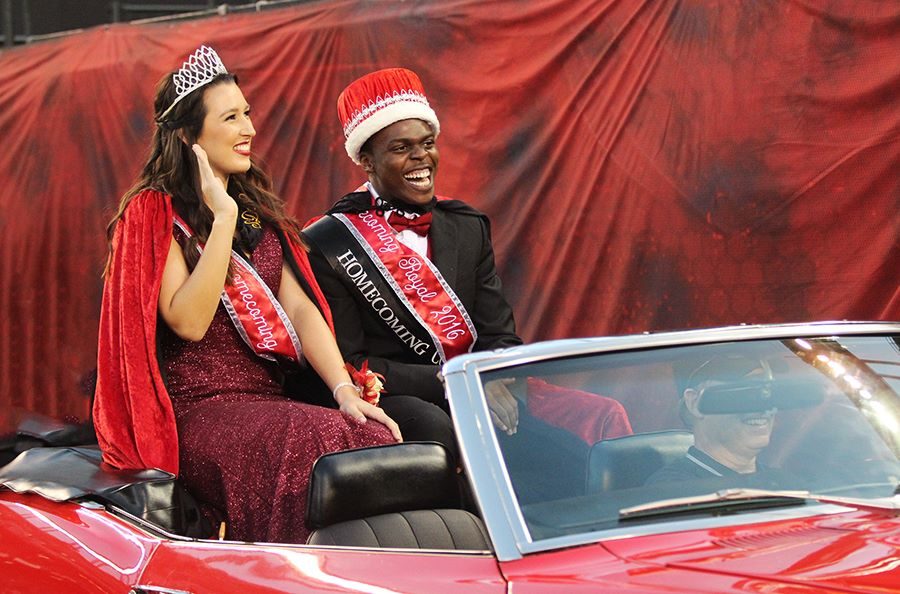 The royal court is chosen based on the leadership of the candidates and their achievements reached through involvement on campus, according to the 2016 homecoming court application.

“The process was very rigorous,” Ogbeide said. “It was worth it. I think they did their best in finding who it is.”

The application also required candidates to explain a service event they would want to organize during the Spring semester of 2017 that would benefit the SDSU community.

After the nominees were chosen to be on the Homecoming Court, they were interviewed by faculty, staff and alumni. The winners were chosen based on the evaluation of those interviews and applications.

Lemker was nominated by SDSU Ambassadors and said her project revolves around tackling emerging adulthood in college suicide rates.

She said the actual project is what she is most excited about.

Her project has two parts. The first includes having SDSU Counseling and Psychological Services and Active Minds educate students and community members about the signs and warnings of suicide-thinking.

They would also refer them to resources that could help them or someone they know.

The second part would have current students write letters to incoming freshmen and transfer students about their experience at SDSU and student organizations they are a part of.

Lemker said she would mass produce them and pass them out at new student orientation.

“As a psychology major, I’ve spent 3 years learning about different disorders, and I would fuse that with my experience as an ambassador,” she said. “Being able to alleviate new student fears about coming to SDSU was always very important to me. ”

“Anyone can be affected by homelessness,” he said. “It might be someone in college. They might have a house, but it might not be their home.”

Ogbeide said he would like to create a resource center at SDSU for homeless students.

This is the second year where homecoming court was gender-neutral. Honorees were referred to as royals instead of king and queen.

“I think it makes it competitive as opposed to going against five guys and five girls,” Ogboide said. “You really choose the best out of everybody and all the applicants. I’m all for it, and I think it’s really good.”

Kinesiology senior Ian Fielden said he proposed a project called “One Mile SDSU” to raise awareness that anyone, male or female, can be a victim of sexual assault.

Senior Biology and Psychology double major Seraphina Solders proposed a multi-day event to raise awareness around mental health on campus, especially anxiety disorder. The event would include an open-mic night where people can talk about their experiences and perform.

“I know the cast was very competitive for the committee to choose the winners,” Ogbeide said. “But, we’re all winners at the end of the day with the fact that we all made it to the committee.”

After being crowned as  homecoming royals, Ogbeide and Lemker said they felt great.

“I’m just grateful for San Diego State, you know this school has been everything for me and I just am happy and ready to represent San Diego State to the best of my ability,” Lemker said.

Ogbeide said he was happy to receive recognition for all the great things he has done on campus.

“I’m just happy for it,” he said. “I mean I got my family up here supporting me, it’s beautiful.”

Ogbeide and Lemker will work together to make their community service project a reality in the spring 2017 semester.

Emely Navarro and Kayla Jimenez contributed to this article.