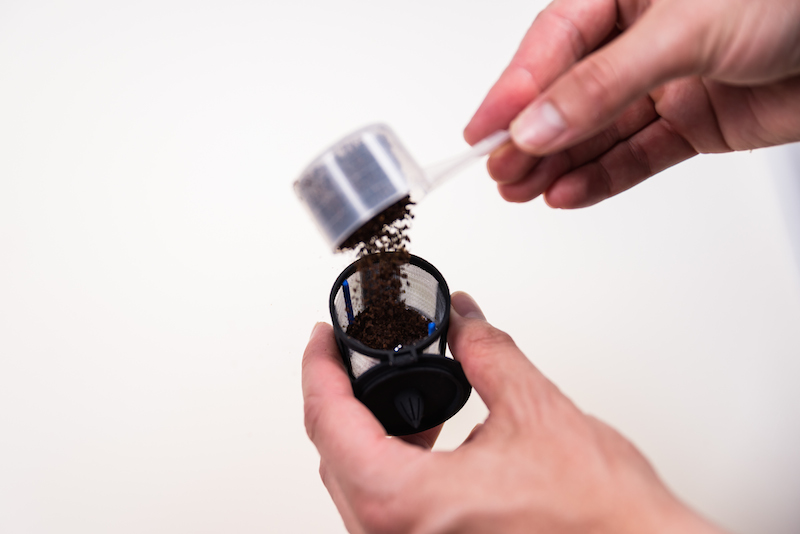 San Diego State students understand the importance of having caffeine readily available for complete functionality. Especially during midterm season, many students are running off of little sleep, copious amounts of coffee and stress. This hectic and overwhelming time of the year calls for convenience and efficiency and the CleanPod team has developed a product that can bring you that and caffeine, all in one.

Jeff Domenighini and Leo Ulman are San Diego State alumni, class of 2012. These two inventive engineers teamed up to create a reusable, self-cleaning coffee pod called the CleanPod. The CleanPod is the first reusable coffee pod to have a self-cleaning feature for after each brew. This product seems ideal for those of us that find ourselves in a hectic rush in the morning, desperately trying to make time to finish a necessary cup of coffee before heading to an 8 a.m. class.

It wasn’t until recently that I discovered just how bad K-Cups, the coffee filled pods that I use in my Keurig each morning, are for the environment. K-Cups are not recyclable, biodegradable and create more plastic waste. There are reusable pods commercially available, however they are a real nuisance to clean. I can say, from personal experience, that I’ve spent my fair share of busy mornings struggling to scrape leftover coffee grounds out of a reusable pod with little success.

“We all use reusable pods at the office,” Domenighini said. “It’s cheaper, as well as eco friendly. But we’re always banging them against the trash can, or scraping them out with our fingers to clean them. I broke mine as I was banging it against the trash can, and my friend said, ‘I wish there was a way to just eject it.’ Then, there was just a light bulb and we just ran with it.”

This light bulb appeared to Domenighini and Ulman about 11 months ago and now the CleanPod has raised over $1,000 on it’s Kickstarter in only four days. Once the two engineers had the idea, they jumped right into design, prototyping and patenting.

“I’ve always had a passion for creativity and innovation,” Domenghini said. “I like to be the first. Recently I’ve been wanting to design a product that is bigger than just making money. I’ll be honest, for the first year I was just concerned about how much money I could make. Now, I think all of that will come in time, as long as you have the right motive. I think the green movement is essential right now because of the climate change that we see every day.”

Domenighini has always been an advocate for the green movement and actually studied solar energy when he was here at State. His business partner, Leo Ulman, is no exception.

“I would describe myself as a coffee enthusiast with a true passion of developing products that are more efficient and are beneficial for our planet,” Ulman said. “I have become one of those people that must have the perfect cup of coffee in the morning while short for time and constantly on the go.”

How exactly does the CleanPod eject the leftover coffee grounds after producing that perfect cup of coffee, you ask?

“So, the bottom of the pod needs to push up to kick all of the coffee grounds out, but the physics of that is kind of weird,” Domenighini said. “There is not really a material that can eject the material efficiently or cheaply, so we kind of hit a wall there.”

“All of a sudden, I think I saw an ice cream scooper,” Domenighini said. “You know, how scoopers have that little thing that comes around and kicks the ice cream out? Another light bulb went in my mind, and there it was. That’s how the CleanPod works today; it has an arm on the interior that you spin from the back, and the coffee just falls right out.”

Ulman used to run a contracting team and has been hiring talent to join the CleanPod team.

“CleanPod was created to reduce the excessive plastic waste from the traditional coffee pods while providing a user a friendly and easy cleaning solution with our patent pending ‘twist and rinse design,” Ulman said. “We are super excited to introduce our product on Kickstarter as we believe all coffee lovers can benefit from the CleanPod. Short term, we cannot wait to see where this venture will take us, as we continue our discussion with coffee pod industry leaders.”

The CleanPod’s official website outlines what the product hopes to accomplish, however I asked Domenighini to simply tell me CleanPod’s main goal.

“I think Keurig machines are awesome. They are efficient as far as energy consumption, because if you want one cup, you get one cup instead of a whole pot,” Domenighini said. “The Keurig is an efficient machine, it’s just the waste products that make it anti-green. Our number one goal is to provide an eco friendly solution for coffee drinkers, while at the same time maintaining a good brew quality. We want to attract people to be eco-friendly, while being convenient.”

I hope we see the day that the CleanPod is commercially available on a wide scale. For now, check out the Kickstarter page to pre-order, and visit the rest of CleanPod’s social media to view the product in action.