SDSU 2016: A year review of the top news stories 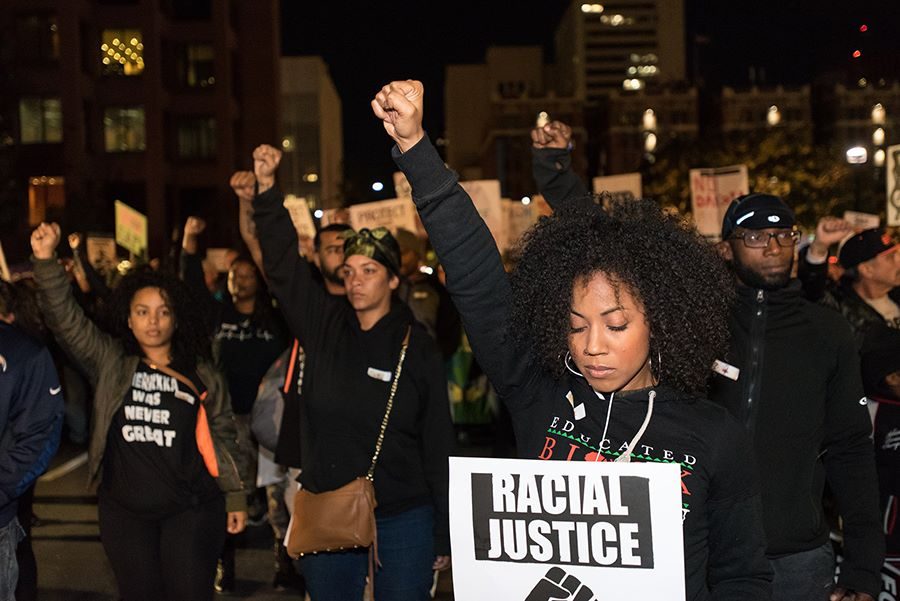 Here is a recap of some of the most important stories reported by The Daily Aztec this year.

San Diego State students protested regarding an email sent to the campus community by President Elliot Hirshman addressing posters made by the David Horowitz Center for Freedom.

The posters claimed a list of seven students were allied with terrorism and identified them by name. Protesters demanded an apology from Hirshman as they felt his response to the posters was inappropriate. Protestors said they felt disappointed in the lack of support from the president of the university.

Despite student protests regarding posters accusing students of being allegedly allied with terrorists groups, David Horowitz was invited by the SDSU College Republicans to speak to students on campus.

He addressed the posters, protests against President Hirshman and his opinion on how the protests should have been handled.

“They should focus their energies on learning and be eager to hear opinions that disagree with them and learn how to answer that,” Horowitz said.

Alyssa Dominguez, SDSU student, died at the Hard Summer Music Festival in Los Angeles. Dominguez was one of the three people who died at the festival.

Marquis Campbell was arrested on campus after SDSUPD received a call claiming someone trespassed into the Cal Coast Credit Union Open Air Theater.  This incident caused several protest on campus. Campbell was released on bail. After his release, he was later detained in El Cajon for theft. He was later sentenced to 180 days in drug treatment and five years on probation on Oct. 21.

Burns retired in 2013 after former SDSU Director of Intercollegiate Athletics Jim Sterk told her to resign, retire or be fired after she was caught on camera hitting assistant coach Adam Barretts’ clipboard then elbowing him during a game in February 2013.

SDSU graduate students protested on Sept. 8 for a $28,000 yearly salary for graduate and teaching assistants.They also demanded a $15 hourly minimum wage, free public education and the elimination of all student fees in addition to an expansion of financial aid.

Gholamrez “Robin” Shahini, an SDSU alumni, was sentenced to 18 years in Iranian prison.

Shahini went to Iran to visit his family in his hometown of Gorgan after graduating in May with a bachelors degree in international security and conflict resolution.

Shahini was accused of espionage because of social media posts where he had criticized the Iranian government.

Students gathered in front of Hepner Hall and marched throughout campus to protest the election of president-elect Donald Trump.

The protest was organized by the Womyn’s Outreach Association and MEChA. A day before, a Muslim woman wearing a hijab was robbed in the parking lot by two men who made comments about president-elect Trump and the Muslim community, according to SDSUPD.

CSU Chancellor Timothy P. White sent an email to all students that said the university system will guarantee that campus police cannot comply with any order of arrest or detainment for students on suspicion of not having U.S. documentation.

San Diego State researchers found black and Hispanic drivers were more likely to be searched by San Diego Police Department officers after a traffic stop than whites, but are less likely to be found with contraband. The data from 2014 and 2015 was released in a report and submitted to the City of San Diego.