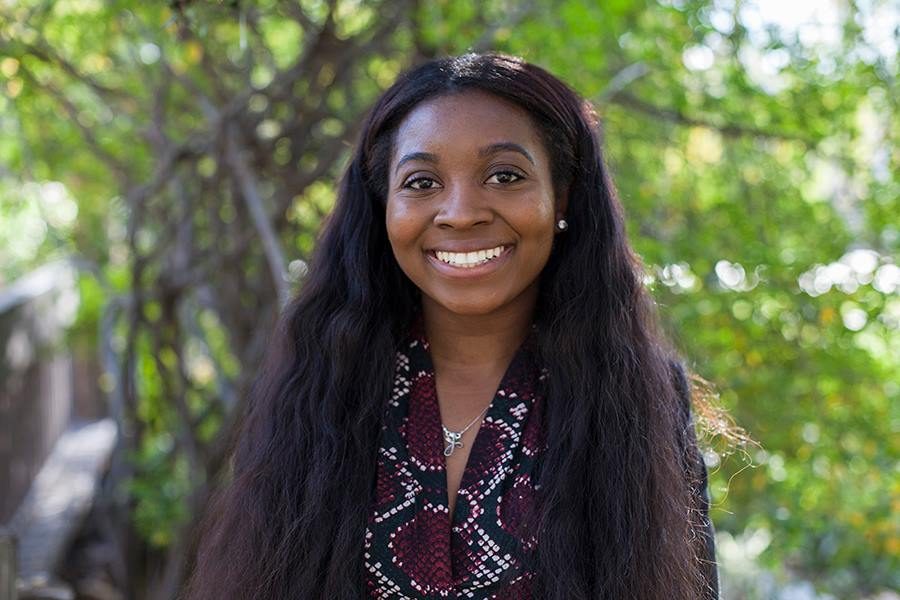 1. Why did you decide to run for A.S V.P. of Financial Affairs?
The main reason why I wanted to run was to make sure that A.S., in general, continues to initiate and enhance the programs that it already has to ensure the continuous success of our students here at SDSU. I work in the A.S. office in the Government Affairs office so I interact a lot with students, and also just because of my involvement in the university I’ve definitely talked to a lot of students, and heard about their needs and specifically when it comes to the financing part of A.S., a lot of students aren’t aware of all the fundraising opportunities that are here at SDSU, that all of us are paying for. When I’m in office i definitely want to work with the other people I’m running with, Team Stride, to make sure that we continue to have these programs and also make resource guides and educational programming to support the students of SDSU by making sure that all this information is accessible to everyone.
I’ve been working in A.S. for the past two years, so I’ve worked with ten executive officers, supported their initiatives, and its actually really interesting because in my job, being a front-desk person, I’m kind of the middle man between the student and the V.P. of Finance, so if a student has a question about financing, or if they’re part of a student organization and they had banking questions, then I would be the first person that they would talk to. Because of that, I’ve learned a lot about it, because I’m always getting asked new questions, and I get to ask the V.P. of Finance questions. In addition, because I work in the A.S. office I interact with the employees of A.S. I interact with the business services side, and also the employees that work at different facilities. Another thing I’m a part of in A.S. is the Financial Affairs Committee so I sit on that committee and we basically oversee the budget of A.S. I would say I have a pretty unique perspective of the organization because I’ve seen all the working parts of it, and also I’ve realized how many stakeholders we have when we make decisions. In addition to being involved in A.S. I’ve also been the president of the Black Business Society and when I became involved in that organization it was essentially brand new, it was about two years old, so I did a lot of researching on my own to see what resources we have around the university. Through that process I learned a lot in addition to what I learned in A.S. about resources, and also being able to share that with other students because of what I found, the organization definitely grew when I was president. We almost doubled in membership, which was really awesome, and also being able to help other organizations because I’ve been through that process myself and that’s pretty much what i’ve been involved with.

2. If elected, what do you hope to accomplish?

If I’m elected, one thing I really want to change is to diversify the Financial Affairs Committee so predominantly now the committee is very representative of a certain demographic of students and I feel like in order to serve our student body, we need to reflect it. It’s kind of that simple, so I definitely want to reach out to underrepresented communities, reach out to women and also reach out to students of different colleges to sit on the committee because all students come to it for funding. In order to ensure that every student organization has a fair chance of being funded, we need to have students that sit on the board to represent the students that are coming to us and that (are) asking for these funding opportunity.

I wouldn’t say (the people in A.S. are a certain type of student, I would say they’re a part of certain organizations, and if we want to have an efficient student government, we have to invite more students from different organizations and different communities to be part of the organization about the finance part of A.S.

3. What areas does SDSU need to improve most on?

So SDSU has a lot of resources. I definitely think as a student, it could definitely be a bit overwhelming because a lot of the departments on campus have similar goals. For example, in terms of financing, if you are a student and you want to get funded for a program, you could go to IRA funding, (or) you could go to (the) Student Success Fee, or you could even go to A.S. to get money to finance these projects. I think we need to be more cohesive with our departments across the whole university, and when I’m in office I would really like to create a website, or even a webpage that serves as a reference for all the funding opportunities in the university. So if the student has a question, or they just want to educate themselves, they’re just able to find all this information in one location that’s really accessible.

4. What do you like and dislike about A.S.? What would you change about it?

One thing I dislike about A.S. is again — the exclusivity of it. As a person who works in that organization I see who comes in and out, and it’s been very eye-opening to see what communities are represented and what communities are not represented. I think we need to make more of an effort to reach students on their level. So I would really like to go out to Student Life and Leadership and collaborate with them, collaborate with residence halls, and other organizations on campus so we can be more accessible to students and make the effort to get out of the A.S. office, and reach students on their level around campus. What I do like about A.S. is the opportunity to really create initiatives around campus. Like I’ve said, I’ve worked in the office for over two years now and I’ve seen a lot of new programs come in, like the mobile food pantry, breaking records with Aztecs Rock Hunger, and the A.S. No Waste campaign. So you definitely have the resources and the support to create new initiatives and that’s one thing that I’m really excited for to be part of student government.