The editorial board is endorsing the STRIDE SDSU slate of candidates. 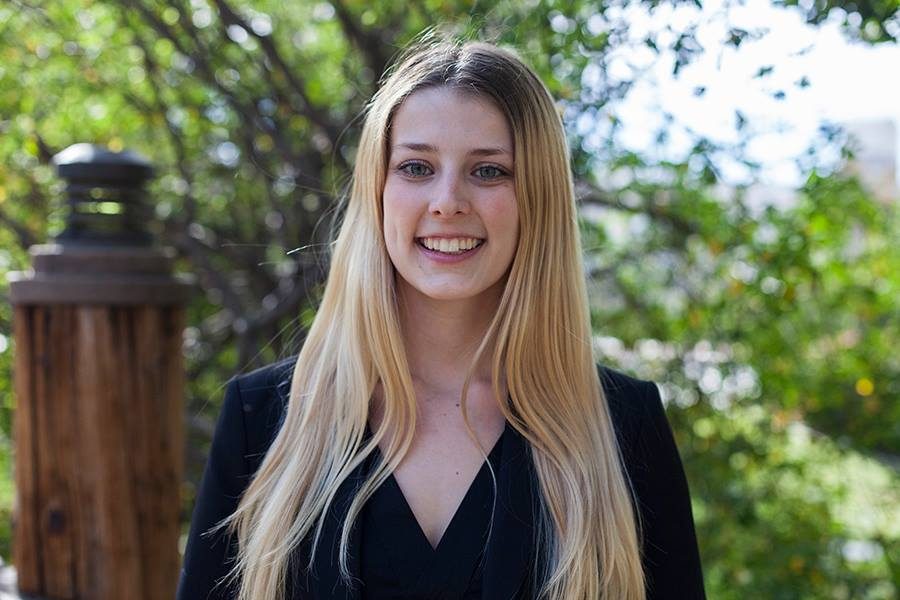 This year’s Associated Students campaign comes at a time of change for San Diego State. University president Elliot Hirshman is leaving, and the next A.S. president will be looked upon for leadership in the search for his replacement. The departure of the Chargers has raised questions about the future of the Qualcomm Stadium site and SDSU’s future in Mission Valley. On campus, protests over police brutality, the BDS campaign and Trump Administration policy have grown over the past year. There is a growing effort underway to retire the Aztec mascot.

In choosing whom to endorse, this board considered several criteria. It looked at tangible qualities such as experience and track record. In this regard, Sension shines. She has served in A.S. on the judicial affairs council, is currently on the board of directors and is the two-term president of the Delta Sigma Pi business fraternity.

However, it was Sension’s intangibles that eventually swayed this board.

Sension is on the right side of history on issues of social justice as they relate to SDSU. Sension’s rhetoric about inclusivity and diversity was a positive, but she also went the extra step and laid out how she would make A.S. more inclusive, such as mandating inclusion and diversity training throughout the organization.

In the candidate debates moderated by The Daily Aztec last week, Sension did not shy away from confronting her opponents or from taking a firm position against the Aztec mascot, something the other candidates — except for Ben Delbick, who supports it — did not do.

In the past few years, The Daily Aztec has only endorsed for A.S. president. However, throughout the debates a familiar theme emerged, and this board would be remiss not to address it.

Two slates fielded candidates for each seat — Transform SDSU and STRIDE SDSU. However, there was nothing transformative about Transform SDSU’s platform. Their candidates consistently avoided taking firm positions on controversial matters, such as Boycott, Divest and Sanction (BDS) and the Native American Student Association’s (NASA) resolution to retire the Aztec mascot.

Transform SDSU candidates answered tough questions about the mascot with politically safe answers, stating this was an “important conversation” and that a decision should be made in “the best interest of students.”

Each candidate advocated for a more diverse and inclusive A.S. Each candidate expressed support for SDSU’s immigrant and undocumented communities. And each candidate is experienced and prepared to lead A.S. as advocates for all students.
Voting will be held on the SDSU Webportal from March 13 to March 16.