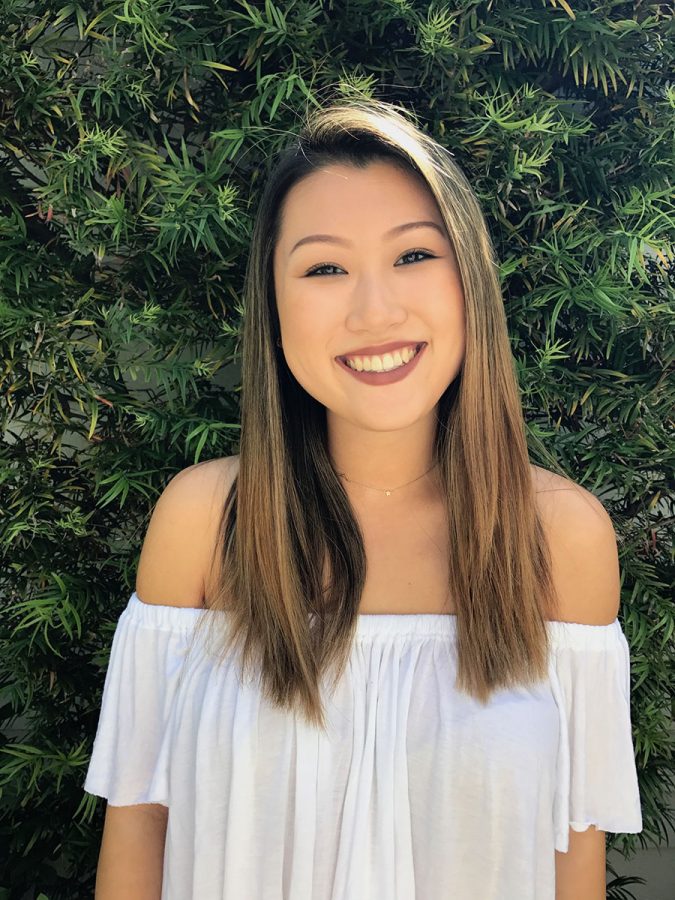 The rhythm of collegiate music scenes tends to be dictated by a population of SoundCloud rappers and coffee shop bands.

However, with three concert bands, two symphony orchestras and three choirs, the classical musicians at San Diego State are also leaving their mark on campus at in a major way.

One such student is Julia Hong, a music education junior with an emphasis in voice. Hong recently won a contest to have a piece of hers performed by the school symphony.

She said she aspires to be a high school choir director in order to repay the public school system with the same passion for music that it instilled in her. Hong began playing piano at 3 years old and went on to learn how to play a variety of instruments.

Although she has also been singing since elementary school before coming to college, Hong was hesitant to pursue a major, let alone a career, in music.

She spent a summer in a program at the prestigious Berklee College of Music in Massachusetts that led her to contemplate the feasibility of her dream.

“I was so intimidated by how talented and driven everyone was there that I almost quit music altogether afterwards,” she said. “However, it was one of the most influential experiences of my life and I quickly realized that there is nothing I am more passionate about than music and it would have been a huge waste to throw away all that I’ve learned over the years.”

Once she got to college, Hong was still unsure of how she wanted to channel this passion into a career. She changed her major three times within the first three semesters but is now thankful for going through the process of trial and error.

Now she said she has no doubt in
her mind that she is on the career path that she is meant for. The testimony of Michael Gerdes, professor and director of orchestras at SDSU, reinforces Hong’s belief.

“The most important thing is that you do your homework, literally and figuratively,” Gerdes said, “Julia does both. Julia comes prepared and it’s evidenced by the beautiful music that she’s written. She always has something to offer.”

Although she acknowledges that it’s a clichéd sentiment in the choir world, Hong believes that the composer Eric Whitacre is the artist that has most influenced her work.

“His choir pieces are absolutely inspiring and appeal to anyone and everyone,” she said. “He is able to take an image or feeling all humans have experienced and create a piece of music around it that fully embodies it.”

Hong thus chose to arrange Whitacre’s piece, “A Boy and A Girl,” for orchestra, the arrangement that won the contest.

Although she had sung it in high school, Hong notes the challenges of transforming this choral piece into an orchestral one.

“I had to really familiarize myself with the different timbres, or colors, of the instruments in an orchestra and figure out which instruments I wanted to play which parts,” Hong said. “The difficult part is making sure that the music is able to convey the message of the original poem without the usage of words.”

Hong’s hard work paid off when her piece was recently played live by the SDSU Symphony.

“It was a once in a lifetime opportunity to be able to hear the piece performed by our amazing orchestra,” she said. “It was honestly so cool to have the music that you have been hearing in your head for months become a real living thing. I am so grateful for the experience and to have musicians who gave up their time to learn and play the piece.”

With a considerable amount of love and care devoted to each note, the biggest misconception about the music major is that it’s “easy.”

In addition to the 11 classes she takes each semester, Hong is expected to learn how to play every instrument, teach lessons in local schools to kids ranging from grades K-12 and participate in ensembles that rehearse 4 days a week.

For Hong, her unseen challenges behind the scenes are made worthwhile by both the passion and promise associated with her future career.

“The best part about being (a music education major) and wanting to be a choir teacher is knowing that I am going to be able to share the incredible process of making music with a younger generation,” she said.

Musical or not, the arts are a vital portion of any well-rounded education.

“Not everyone thinks the same way or learns the same way,” Hong said. “Not everyone can thrive in a STEM based school system. The arts teach essential life skills (like) how to work together, be compassionate, be sensitive, be responsible and self-aware, and to embrace individuality.”