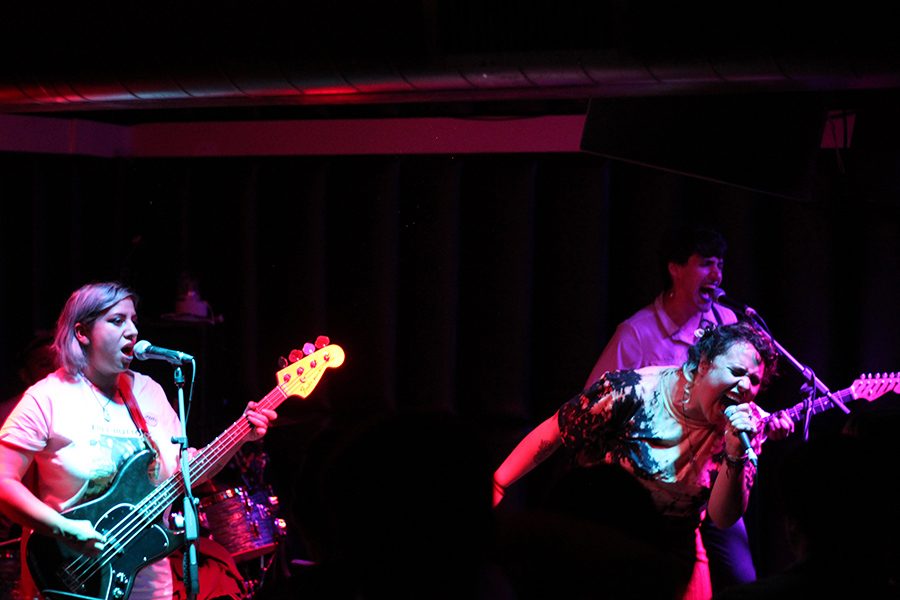 Downtown Boys’ brand of political music did not arise in the era of Donald Trump, it has been its response to a culture that’s been in place for decades.

The Rhode Island band writes songs that empower communities of color and calls out systems of oppression. Downtown Boys’ fast-paced and enraged punk songs provide a sense of catharsis for fans as they confront the realities of being marginalized individuals in today’s world.

The band tackles difficult conversations that are avoided in most institutions, even music spaces at times.

They take on topics such as racism, capitalism, sexism, queerphobia, fascism and more, not only addressing these issues but stressing the importance of dismantling the values behind them.

“It’s hard because I feel like we’re talking about the same things, but it’s evolving and people are starting to learn more about these things,” drummer Norlan Olivio said.

Although many of their song themes are relevant to the current political landscape, most of them were written before Trump was in office.

“Trump becoming our president proved our point that these issues are still going on and they still need to be talked about, and that our songs are still valid,” Olivio said.

More than anything, Downtown Boys challenges listeners to examine their identity and experiences to find the root of their self-perception and pain.

“Keep trying to understand what is making you hate yourself and what is keeping you from feeling fully free,” guitarist Joey De Francesco said.

The band forms intimate connections with fans by providing a safer space for them where they can share their opinions and validate their truths, no matter what level of knowledge an individual is at or where they are in their growth.

Downtown Boys offer songs of unity for people and groups who feel displaced in a world that doesn’t acknowledge their rights and humanity, especially at this time of political unrest.

“A lot of people of color come to our shows and surprisingly we’ve become their relief and we’ve been their moment of resilience,” lead vocalist Victoria Ruiz said.  “I think that’s important because it’s still pure, carefree, fun but having the ability to have a band that has a stand that in a way can hold a mirror for people of color to say you exist, and your resistance is important.”

Punk has been historically white but Downtown Boys are unapologetically brown.

They continue to create music and scream political lyrics with an unwavering confidence, one that seeks to tear down all walls of comfort and complacency.

Downtown Boys go beyond Donald Trump and the current administration, it addresses the history and reality behind these institutions of power, privilege and oppression as a means to stand in solidarity with marginalized communities.

The band’s next show is on Thursday, April 20 at the Teragram Ballroom in Los Angeles. Tickets are currently listed at $15.