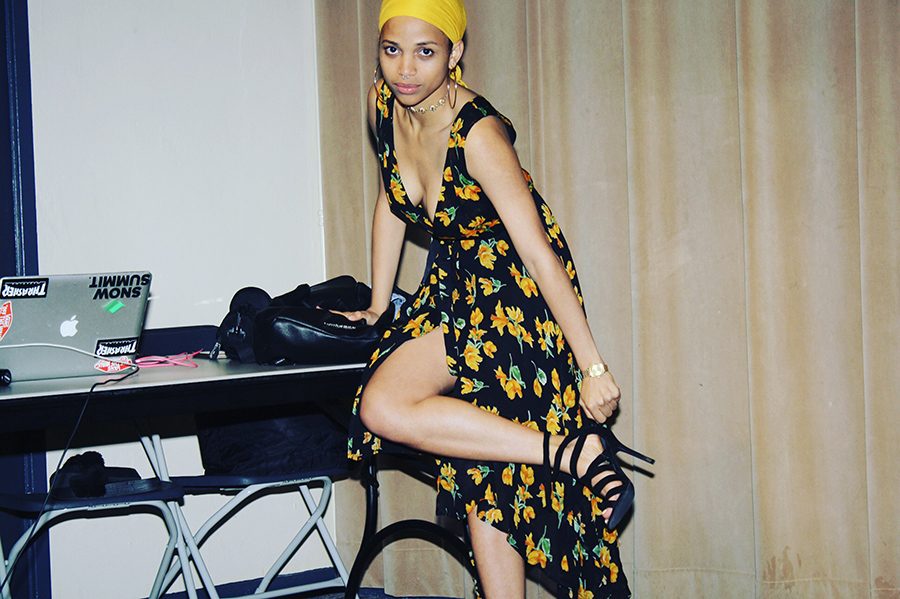 On April 20, the Student African American Brotherhood put on an event called Vibe Night from 7 to 9 p.m. in Scripps Cottage.

The two main performers of the night were Deion Selma and Phoebe Williams with three other openers, Asha Alshabazz, Haki and Danelle Garrett. The host, Nnagozie Odeluga, vice president of SAAB rapped for the audience.

The event was a mix of dance, music and poetry. The openers did their own poems and a couple raps.

“It was interesting and I did not know what to expect,” computer science freshman Matt Rose said. “The people seemed really comfortable, which made it fun for everyone.”

Selma was the first main event of the night and he rapped lots of his own songs. Some of them were from a project he has done before called the Vibrations of the West. This album can be heard on Spotify, Apple Music and SoundCloud.

Some of the songs he performed for Vibe Night were also a part of something new he is working on.

The other main event was with Television Film and New Media Production senior Phoebe Williams, who performed her personal series of poems called the Yellow Paint series.

“My series is called Yellow Paint because Vincent Van Gogh swallowed yellow paint to make him happy even though it was something toxic to him,” Williams said. “A girl said that everyone has their yellow paint and I thought about that. My poetry is my yellow paint.”

Williams performed 18 pieces because that was all that would fit into her time slot.

One of her professors, Tishna Asim, helped Williams through the process of picking the poems.

The event began as an idea between Selma and Williams because they both wanted to bring poetry and music together in a concert atmosphere.

This was the first time this event was held, but Williams expressed that they wanted to do more, more often and even have other people hosting similar events.

“I get inspiration for my poems from my life experiences and I wanted to perform them because it was a purging of emotions for me, like a catharsis,” Williams said. “Also, Selma was a huge help because he was really supportive and we both wanted to do it for a while. Everything just fell into place.”

Williams had a positive view on the outcome of the event.

“The whole thing went really well,” she said. “We filled up the venue and had a diverse group of people come. I got a standing ovation and the fact that people were so touched really means a lot to me.”

“An event like this is important me because I was able to reveal a different side of me that most people never see, so I was being completely vulnerable and opened up in front of an audience,” Williams said. “I could show people my talent and not be afraid to show my story. I think it’s important to have a concert be put on by local student artists.”

Williams said she wants to eventually compile her poetry into two books.