The Daily Aztec • May 3, 2017 • https://thedailyaztec.com/82928/artsandlifestyle/musical-showcases-body-positivity/ 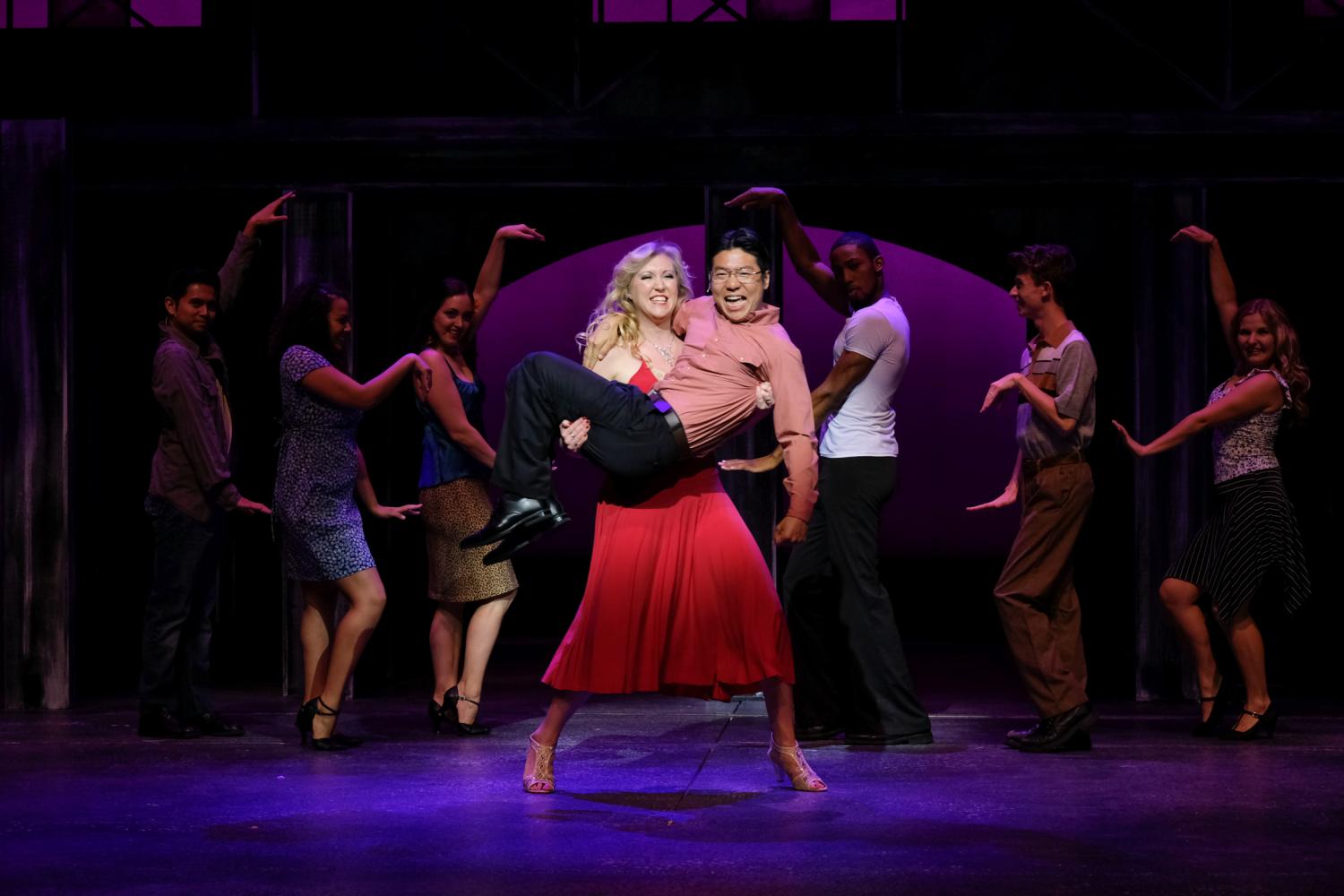 San Diego State’s School of Theater, Television and Film staged the 2000 musical comedy “The Full Monty” April 21through 30 and its abundant theatricality went hand-in-hand with a viable message of body positivity.

The show followed six recently laid off steel mill workers who were inspired by Chippendales to start their own striptease act in an effort make money to support their various families.

Despite the outrageous premise, it was not lost on director Stephen Brotebeck to play up the theme of “The Full Monty” to ensure its mass appeal.

“Even though a show is written perhaps about a certain population or certain characters, you always want the show and the message to have broad appeal, so that everybody can see themselves in the different characters that are onstage,” he said.

In the case of “The Full Monty,” the theme was body image. Among the humor and musical numbers throughout the show, the characters struggled to gain confidence to get onstage and strip in front of an audience, each expressing their own unique insecurities.

Brotebeck said he wanted to ensure that the show could connect to people of all genders and sexualities, despite starring six males.

“One thing we all deal with as human beings is this sense of body image,” he said. “The show follows these guys and they get self conscious about who they are and their bodies. I think we all have something about us whether we’re male, female, gay, straight, trans – we all have issues about our bodies that we don’t like and we’re self conscious about that.”

“The Full Monty” was successful in reaching audiences with the messages of body positivity due to the expression of various insecurities.

“All the actors were really diverse in body image,” liberal studies sophomore Brenna Clark said. “I think that was really positive for people watching it and showing you don’t have to look a certain way to do certain things.”

The theme was most prevalent in the character Dave Bukatinsky, played by Jonathan Brugioni, who is mocked throughout the show for being overweight.

Marketing sophomore Molly Kinahan said his storyline was balanced in humor and theme.

“I think (the theme of body image) was very welcoming and open,” she said. “They made a point to make a lot of lines towards Dave. It seemed negative at some points but they also made a joke of it to make it more upbeat and positive which I thought was interesting.”

Aside from the message, “The Full Monty” was propelled by its relentless humor, ranging from terrible dancing to dark or dirty one liners.

“It’s very contemporary humor,” Brotebeck said. “I would describe it as a cross between typical theatrical comedy and also some sitcom comedy.”

“The Full Monty” was rated “R” for nudity, but the choreographed striptease scenes served as some of the show’s highlights, the crowd cheering as each layer of clothing came off the way they might at an actual strip club.

The cast was led by Tug Watson’s stellar portrayal of Jerry Lukowski, a divorced father who initially got the idea to start a striptease act in order to pay off his child support checks and continue seeing his teenage son.

Kimberly Moller proved herself to be a scene stealer with her portrayal of Vicki Nichols, as her solo number “Life with Harold” was one of the most fun and memorable songs of the whole show. Her electric stage presence even seemed to captivate the cast around her due to the infectiousness of her enthusiastic singing paired with eye-catching choreography.

“The most rewarding part is the work that all of the students have been doing,” Brotebeck said. “To see the talent that we have here at SDSU from the graduate level down to the undergraduate level collaborating and coming together to create such a powerful piece of theater, that’s been so rewarding for me.”

By the end of the show, the audience was hooked into the numerous character arcs, which made the finale that much more triumphant.

“‘The Full Monty’ has universal appeal in the idea of the underdog coming out on top,” Brotebeck said. “I feel like in life everybody’s an underdog at some point and especially in this story these guys really are underdogs. They really work so hard and by the end the audience is just cheering for these guys to succeed in what they do.”

Brotebeck said he hopes the universal themes of “The Full Monty” leave the audience with a sense of unity and empathy.

“I hope people walk away with the idea that underneath all of the clothes we have on, we’re all very similar and we are one population,” he said. “We define ourselves so much by our bodies and what we look like but at the end of the day we’re all part of one society.”