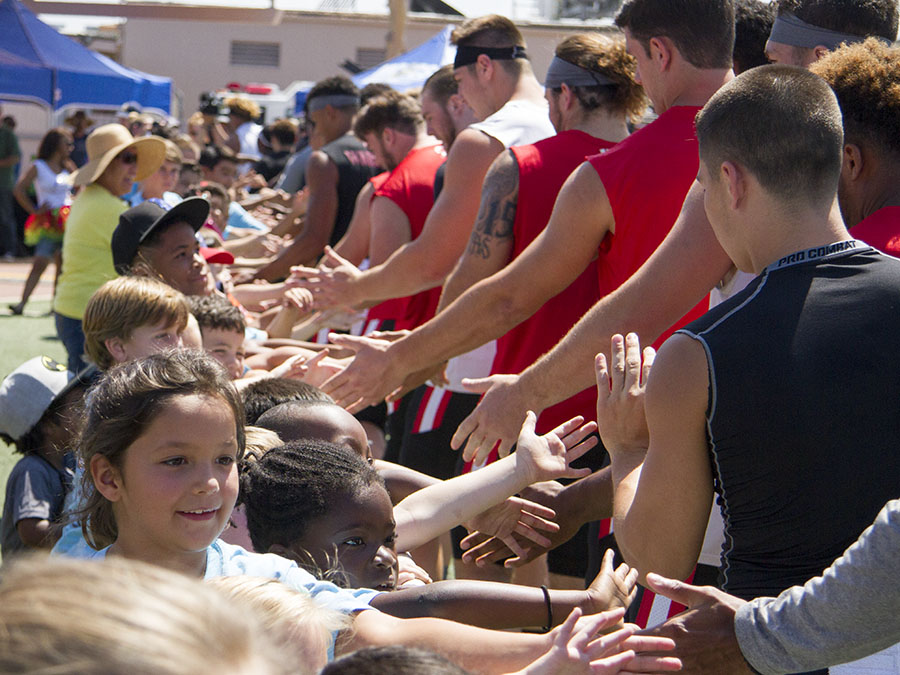 by Zach Engberg and Jasmine Bermudez

The number of football players who have contracted chickenpox might be significantly higher than previously reported, according to a source close to the San Diego State football team.

A university statement, released at 5:50 pm on Monday, Aug. 14, placed the number of confirmed cases at five. But, according to the source, as many as 15 players may have contracted the virus.

Athletics Department officials denied the report and said they had no interest in responding to unnamed sources.

Other sources on the team and team trainers told The Daily Aztec they were under a strict gag order and could not talk about the outbreak. The team cancelled practice Monday, but plans to resume its scheduled activities Tuesday.

Fan Fest is currently scheduled for Saturday, and the team’s first game is September 2.

The Daily Aztec reported on the first three cases in an earlier story.

On Friday, Aug. 11, players engaged with fans — including many children — at a military outreach event at MCAS Miramar.

The Center for Disease Control says Chickenpox is caused by a virus and symptoms include a blister-like rash, itching, fatigue and fever. The rash first appears on the stomach, back and face and can spread quickly over the entire body.

Chickenpox, usually thought of as a childhood disease, can be more dangerous when contracted as an adult. The disease is especially contagious, and symptoms might not appear for up to three weeks after a person is exposed. The best way to prevent the disease is to get vaccinated.

SDSU health services recommends two doses of the vaccine for anyone who has never had chickenpox.