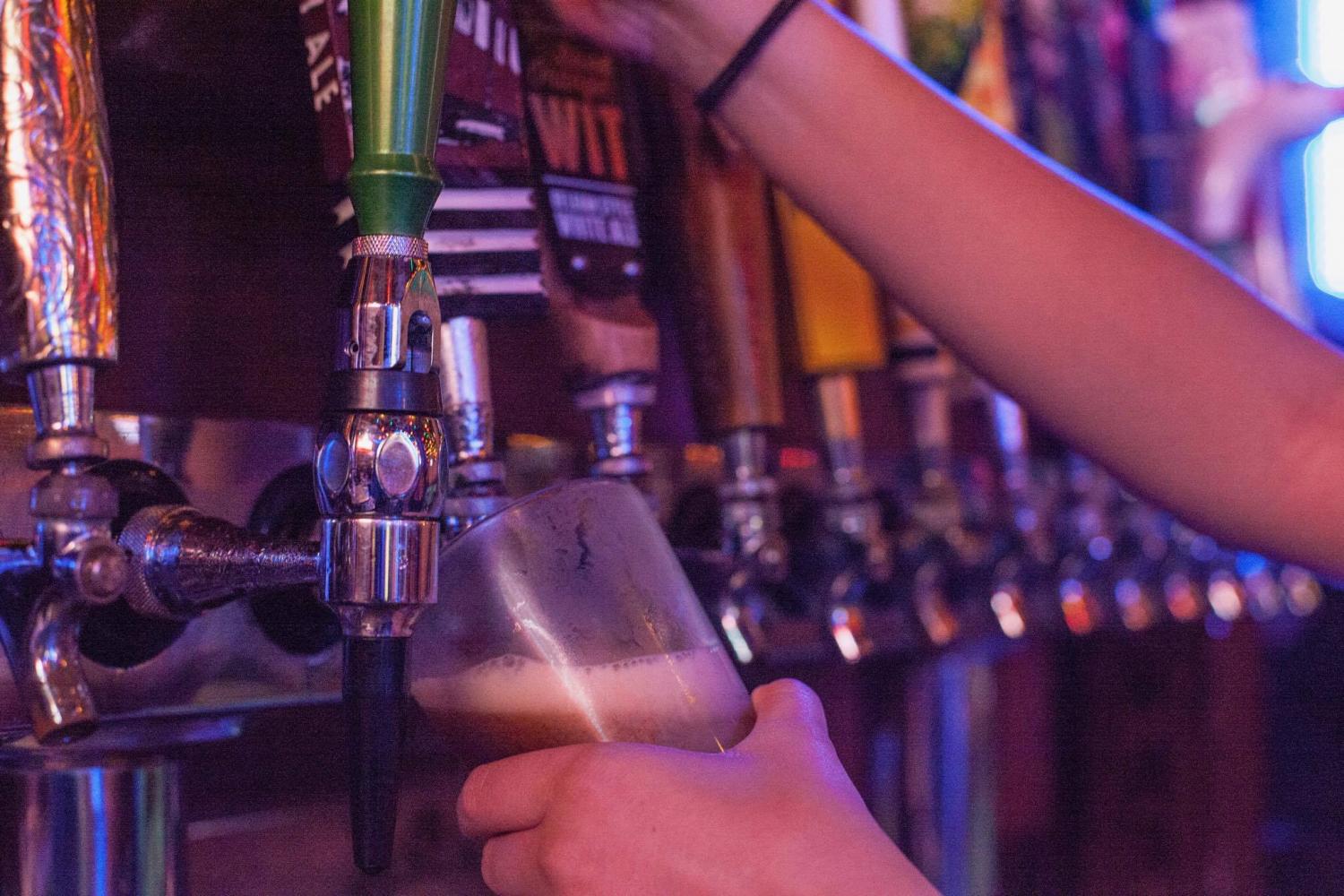 San Diego, located in the self-declared capital of craft beer, fosters education and opportunities for people looking to get a foot in the booming brewing industry through its new craft beer camps.

For those 21 years and older, the Craft Beer Connoisseur Camp and the Brewery Start Up Camp are nine day programs that mirror San Diego State’s popular Business of Craft Beer program.

Marc Myers, interim director of the camps, said the programs are designed for people outside of the San Diego area so that they can get the benefit of the Professional Certificate in the Business of Craft Beer, but in a more condensed version.

“Craft beer across the nation is getting a lot of attention and the beer industry is evolving,” he said.

The camps are taught by industry professionals and participants learn the behind the scenes of the brewing business including marketing, trading and taste testing to refine participants’ pallet.

“People who are tired of basic beers and have more sophisticated pallets have these programs open up opportunities for them to work in an industry they have a passion for,” Myers said. “The goal is to help them be successful.”

As a participant in the program, Randall Dibb said that along with figuring out the different style and layers of the beers, the tasting was his favorite part.

There are around 140 craft breweries in the San Diego area. The camp has taken participants to Cellar 3, Green Flash Brewery, Bay City Brewery, South Park Brewery and Stone Brewery.

These educational outings allow students to view the behind-the-scenes set up and equipment of local breweries. The front end demands of the business including customer service and finance are also shown.

“The outings are an awesome selection of places because each one is different and brings a different perspective to the brewing operation,” Brewery Start Up Camp participant Scott Cebula said.

The College of Extended Studies originally created this program in 2013 with the course title being Professional Certificate in the Business of Craft Beer. Spots filled so quickly that program organizers created the Beer Education Camp that consists of the two camps.

The first launch of this camp had a maximum of 50 students per class with two sections. The classes were filled after being made available within nine hours.

“That is pretty amazing for a program and I believe it’s because there were a lot of people in San Diego who wanted this education, but couldn’t get it before,” Myers said.

The craft beer programs are involved in events around San Diego. Participants have the opportunity to volunteer and network with professionals in the industry.

“If you pursue your passion, then it has a wealth of opportunities,” Dibb said. “It can put you a long way ahead of other people trying to get into the market.”

The camps target people looking to start their own breweries or become beer judges or certified cicerones. They are also looking to attract craft beer enthusiasts.

“Courses are all taught by industry professionals currently working in the field who simply want to pass their valuable information along,” Program Coordinator Cynthia Estrada said.

She said that many students who have participated in the program have taken what they learned in the course and opened their own breweries or become certified cicerones.

“All of the instructors are outstanding,” Cebula said. “They are super knowledgeable about the industry along with being engaging.”

Cebula, who has been home brewing for 25 years and is about to open his own brewery, said that every participant in his camp class is planning to open their own businesses.

That amounts to around 18 new breweries.

“This is the next generation of brewing entrepreneurs,” Cebula said.