Smith will need to step up for SDSU football 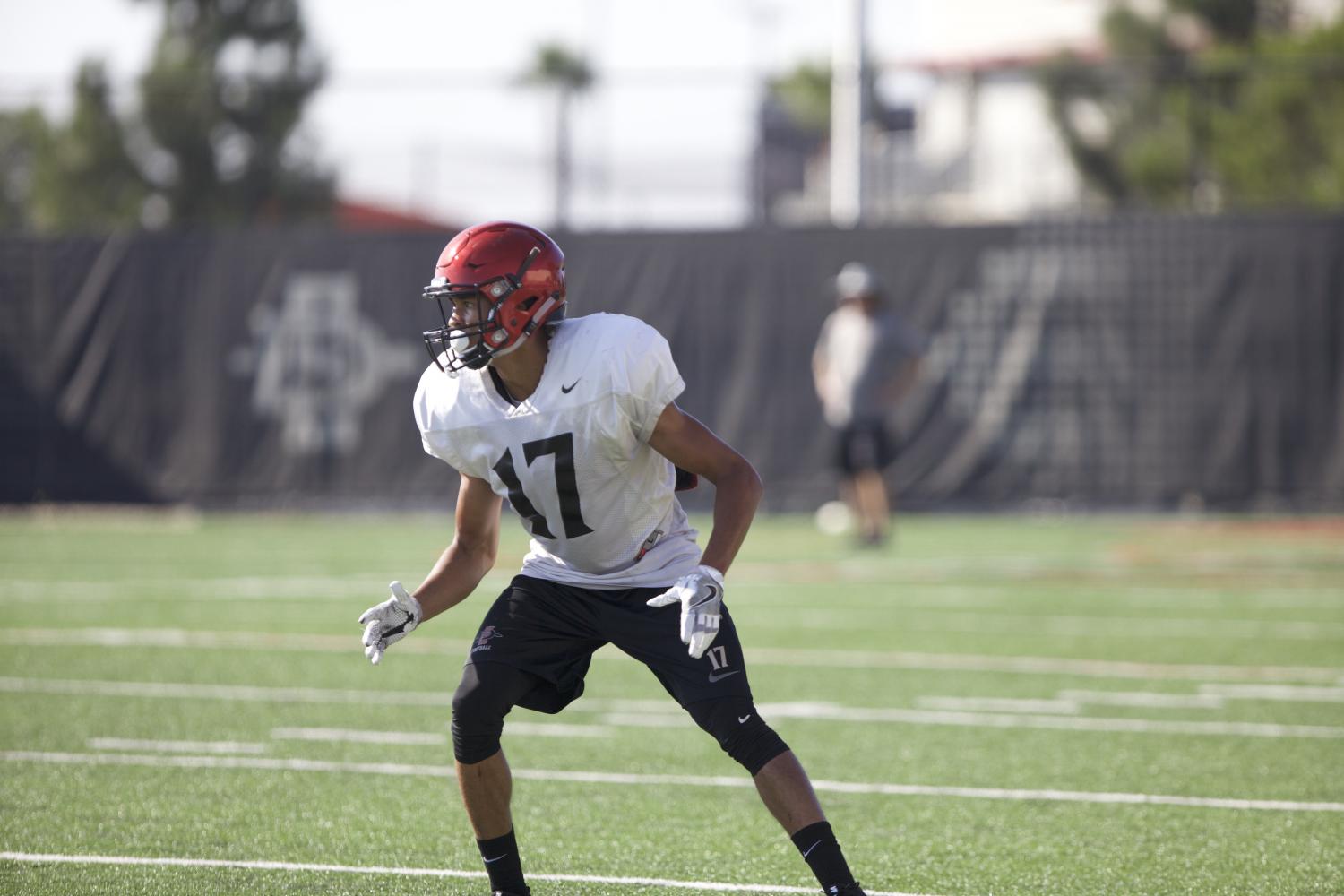 Then redshirt freshman cornerback Ron Smith stepped in front of the pass from University of Houston senior quarterback Greg Ward Jr., mid-sprint, intercepting the pass at midfield and taking it back 54 yards for a touchdown, the first of his young San Diego State football career.

Smith airplaned around the end zone in celebration, having extended the Aztecs’ lead in the Las Vegas Bowl to 20-10. The pick six helped secure the Aztecs’ bowl victory and led to them finishing in the AP Top 25 for the first time since 1977, when they finished at No. 16.

History will remember running back Donnel Pumphrey – now a member of the Philadelphia Eagles – breaking the all-time FBS rushing record, but for the future of SDSU football, Smith’s interception was just as vital.

Now a sophomore and leader of the defensive backfield, Smith looks back on the game as a harbinger of things to come for him.

Smith nabbed three of the Aztecs’ FBS-leading 26 interceptions last year. He will face the challenge of replacing not only Damontae Kazee, the two-time Mountain West Defensive Player of the Year and SDSU’s all-time leader in interceptions, but four other key veterans in the defensive backfield.

Smith is joined in this rebuilding effort by three key returners: senior cornerback Kameron Kelly, who is making the transition from safety to cornerback, senior safety Trey Lomax, and junior safety Parker Baldwin, who emerged as a playmaker in the 2016 season.

Smith said that he knows his unit has to make a difference like the players that came before him.

“It’s an expectation, and its something we preach around here, to make plays and force turnovers,” Smith said. “As long as we’re in the right position we can make the same plays this year.”

With all the new faces, the veterans try to instill key values in the new wave of young defensive backs he said.

“Keep the intensity high. Stay confident. Work your technique. Keep the energy high. As long as you’re having fun with it, having fun with the game makes you play even at a higher level.”