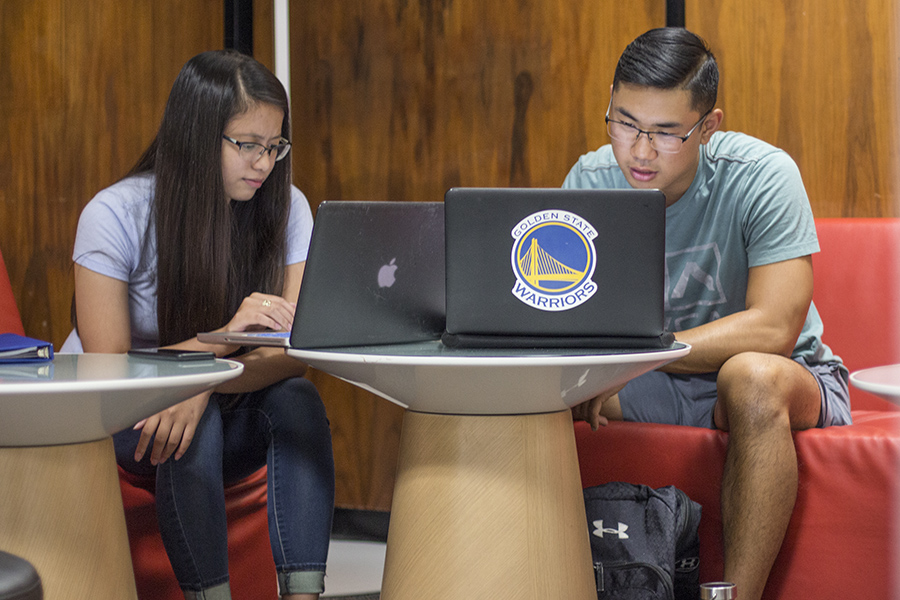 Some San Diego State students are complaining of difficulties in getting to register for the classes they need to graduate.

“It’s been a free-for-all,” interdisciplinary senior Nicolas Jacobo said. “I feel as if what should happen, doesn’t happen for me. Currently, I’m on the wait-list for two classes I need to graduate.”

Jacobo is not alone. Every year, students take to the many SDSU Facebook groups complaining of the same problem. There are also at least two recent Reddit posts on the subject.

Some students have an easier time than others. English sophomore Cynthia Esparza said while she expected to have a tough time – sophomores usually have the latest registration dates – she hasn’t had any problems.

“I actually got all the classes I wanted,” she said. “But I was only taking one pre-major class, so it was easy for me.”

But business senior Marina Lopez-Alfonso said she was wait-listed for a class she has to take before she can move on to a prerequisite for graduation.

“It’s mandatory for me in order to take the class in order for me to graduate,” Lopez-Alfonso said. “They put me on a wait-list. I’m towards the end of that list, so I can’t get in the class yet. So I just wish they could work around that.

Kinesiology junior Kai Simmons said while he’s had a relatively easy time getting into required classes this semester, sophomore year registration was “absolutely atrocious,” especially because he changed his major.

“I had to make up some (general education classes), and freshmen get the priority on both,” he said. “I was able, luckily, to fill in some kinesiology classes that I needed. Basically, that first semester, I took maybe 12-14 units, and then the second semester, I ended up having to take 18 units to make up for the classes I missed.”

To be clear, SDSU Registrar Rayanne Williams said there isn’t really such a thing as “priority registration,” though many students use the term.

In reality, she says, the school simply sorts students by class level and units earned, then assigns registration dates. While it is true that freshmen and seniors get earlier registration dates, few groups are truly “safe” from the consequences of an impacted campus, though students with disabilities, veterans, athletes, ambassadors, A.S. officers and committee members get the earliest registration dates in the university and generally don’t have this problem.

Williams also said while some students have misconceptions about the responsibilities of the Office of the Registrar, the office is only responsible for executing registration – not for what classes will be offered, which classes teachers will be assigned to, nor how many seats will be offered in each class. Those are all things set by each department.

“Now, having said that,” Williams said, “we do try our best to continually look at numbers of demand and work with colleges and departments when we see a class that has a large wait-list.”

And she says if colleges have the resources to open up more sections or offer more seats for classes with long wait-lists, administrators are usually quite willing to try to meet student demand.

Williams also said that often, many people on a wait-list are already enrolled in a section, but simply prefer a different time. In fact, many student complaints about registration problems boil down to preferences, she said.

Jacobo said while there are sections of some of his required courses open to take, it’s not as cut-and-dry as it sounds – he has other responsibilities.

“I work five days a week and it would be difficult to work that into my schedule,” Jacobo said.

Simmons said sometimes it is a preference issue, but he understands why he and other students are not always able to get their desired schedules.

“Obviously, you’re registering for classes, you want to be able to get into the classes that you want to get into, that you need to get into,” Simmons said. “And it’s frustrating when you’re not able to, but of course it makes sense. Everything’s impacted, it’s just the way it works.”

Soon, though, change will be coming that may alleviate some of the stress students face.

The reason for this, Williams said, is to have more time to attempt to meet student demand.

Newly-admitted freshmen and transfer students, however, will still begin registering after their orientation dates during the summer, Williams said. This means for the first time, the two student groups will register after students with sophomore standing. For spring, though, it will be the same cycle, Williams said.

“But it will be done in November,” she said. “So if there’s high demand for classes by the sophomores in November, the departments and colleges have more time to meet that demand, because classes don’t start until the end of January.”