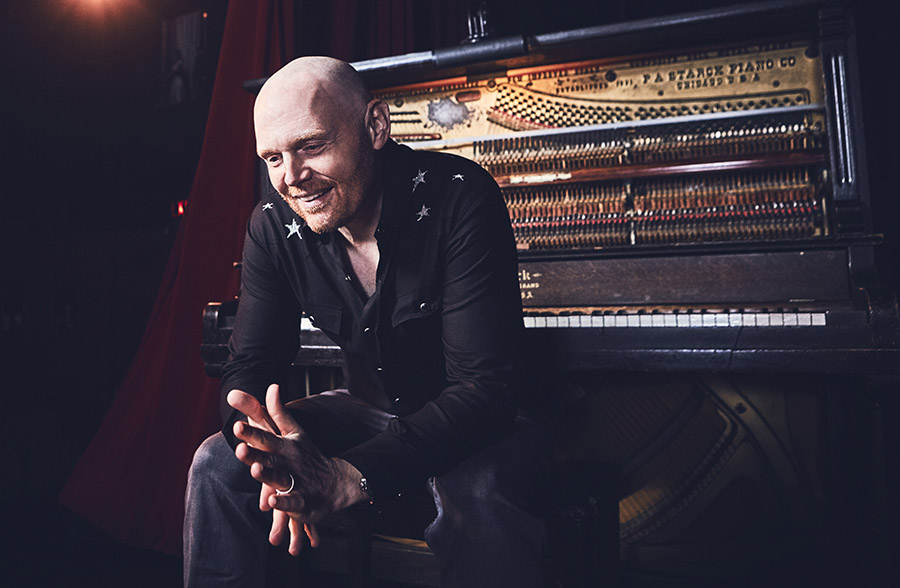 Bill Burr will be performing his stand up special Sept. 2 at Harrah's SoCal Events Center

Somewhere between an overly opinionated uber driver and a tipsy uncle at Christmas lies one of the top comedic voices of his generation—comedian Bill Burr.

Burr’s comedic voice can best be described as a style of uninformed logic.

This “logic” has led him to have five critically acclaimed hour-long stand-up specials, a popular twice-weekly “Monday Morning Podcast” and sold out stand up shows across the globe.

Among his acting history, he can be seen in films like “Date Night” or the television show “Breaking Bad.”

His stand up has led him to appear in numerous television appearences on shows like “The Tonight Show Starring Jimmy Fallon” or “The Late Show with Stephen Colbert.”

Burr’s hit animated Netflix series “F is for Family” is in its second season and is currently streaming on Netflix.

Along with Burr, the show features actors Laura Dern and Justin Long as the Murphy family.

Set in the 1970s, this raunchy comedy is largely inspired by the life of Burr, who is the co-creator and executive producer of the show.

Burr voices the character of Frank Murphy, a short-tempered airport employee who lives in the suburbs with his wife Sue and their three children.

While Burr may not be a suburban airport worker in real life, many aspects of Frank’s profane personality sound familiar.

“If you ever had a messed up childhood or kind of a f– up family, then you’ll like the show,” Burr said.

It was just announced that Netflix has picked up the series for a third season.

“Look I’m not going to tell anyone what to do, watch whatever the hell you want,” Burr said. “But this show is funny, so there you go.”

Burr grew up outside of Boston, Massachusetts. According to his website biography, Burr said he did well in school until it counted.

“As a freshman in high school I had dreams of going to Notre Dame and becoming a lawyer,” Burr said. “By the time I was a sophomore, I was taking shop class and was considering getting into construction.”

He ended up working in warehousing and said that other than stand up, that job was the most fun he ever had.

However Burr did attended college in his twenties and does not shy away from giving current college students advice.

Many college students feel lost during their time in university and are worried about finding their passions in life.

“You’re never going to be happy with an attitude like that,” Burr said. “Ask yourself what you want to do and be willing to do it.”

He said college students should be prepared to lose a few friends along the way to finding success.

While Burr admits to have lost friends in his early days as a comic, he said he has also been that friend who could not handle seeing his peers succeed before him.

However Burr quickly grew out of that stage in his life, and like a banana left on the kitchen counter, Burr seems to have only ripened with age.

He also had a few things to say about a certain social media site–Instagram.

“You see these 22-year-olds posing at clubs with lambos and s–,” Burr said. “Like where did you get that money, that’s just not realistic.”

He thinks young people can be distracted by sites like Instagram and urges college students to not become infatuated with the lives of people who don’t concern them.

Many comedians have said they do not enjoy or intend to perform for college campuses.

Comedians like Jerry Seinfeld and Chris Rock have said that college students can be too politically correct for certain jokes.

Burr does not feel the same way.

“First of all, Chris and Jerry have the money to say that,” Burr said. “You will not hear me saying anything bad about college shows.”

Burr said he enjoys playing college shows and that speaking with students lets him stay current.

“Look, if I only preformed for 60-somethings and then did a college show it would be awful,” Burr said. “None of you would have any idea what the f– I’m talking about.”

Burr will be in San Diego performing his always outlandish stand up on Sept. 2 at Harrah’s SoCal Events Center.

“Shows down here are usually mellow and chill,” Burr said.

While Burr said he enjoys Southern California, his busy touring schedule takes him all over the world.

He has toured theaters in Australia, New Zealand, Singapore, Hong Kong and Mumbai, not to mention his European and American tours.

“I travel so much that whether I’m in Sweden or San Diego I do my show and adjust for how the crowd is feeling or responding,” Burr said. “If they’re just cringing at my jokes, oh well they’ll get over it.”

Burr is always dynamic, lively and without a doubt, profanely hilarious.