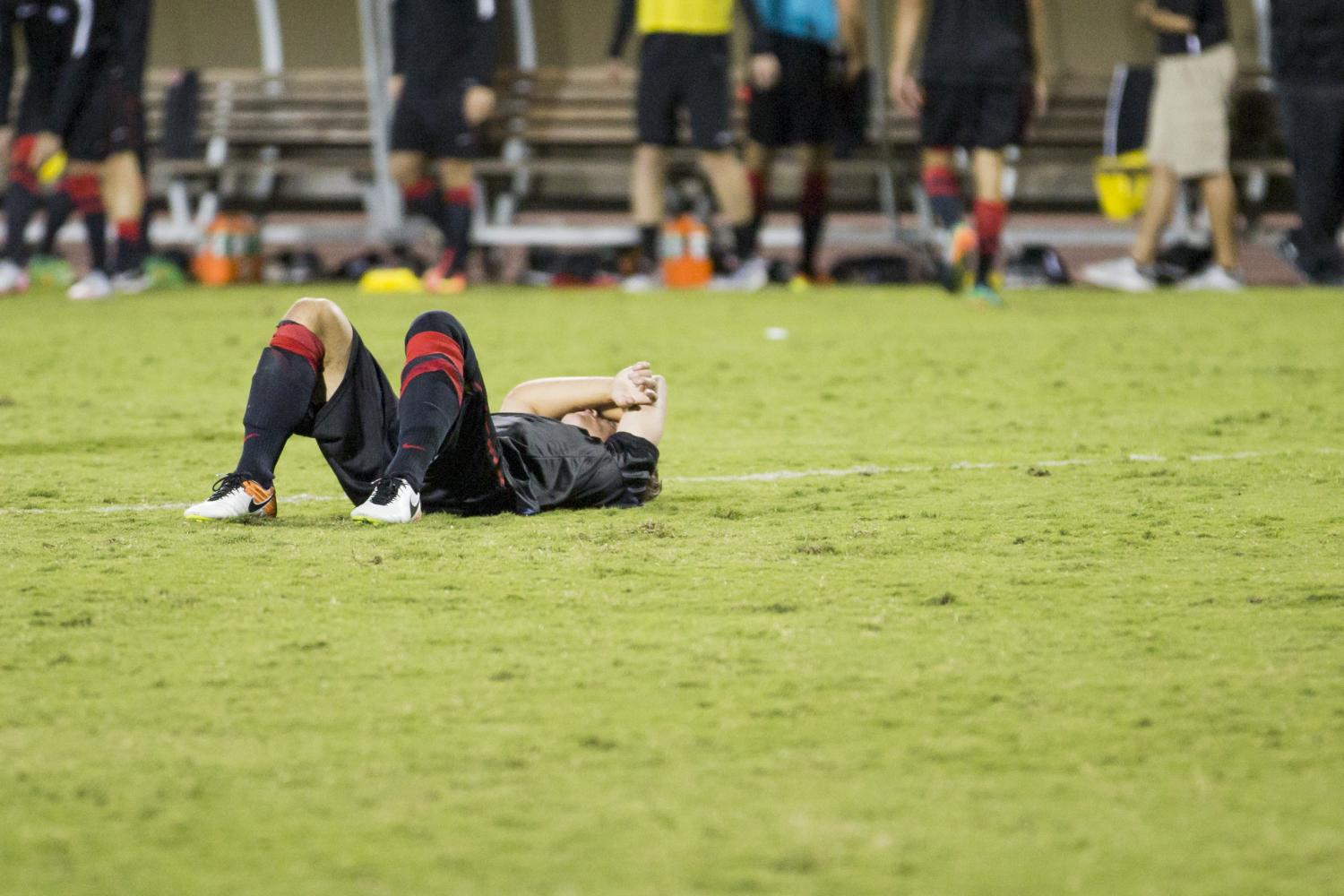 An SDSU player reacts to a loss during the 2016 season.

After taking home their first win of the season 1-0 against Cal Poly Pomona, the San Diego State men’s soccer team suffered a much harsher fate against Army West Point on Friday, Aug. 26.

The only goal of the contest came in the 100th minute from close-range by sophomore forward Rex Epps. In a primarily defensive game, the Aztecs’ closest opportunity to score came in the 35th minute when senior forward Jeroen Meefout took a shot that bounced off the crossbar that was recovered by Army.

“They were difficult to break down and willed the game-winner as our boys battled hard to clear the ball multiple times,” SDSU head coach Lev Kirshner said.

The momentum was in the Mules favor in the first half as they posted a 6-5 advantage in shots. In the second half, both teams bared down defensively, as they combined for only three shots over the 45 minutes of the match.

Senior kicker Adam Allmaras held his own for the scarlet and black, deflecting two free kicks in the first half by sophomore midfielder Tyler Mitchiner and sophomore forward Zeenan O’Shea in the 14th and 29th minute, respectively.

“We gave a great physical and defensive effort,” Kirschner said, “but needed a better performance on the ball, which made the game a lot more difficult for us.”

The Aztecs return to Clinton Field in West Point, N.Y. this Sunday to face the University of Vermont.

The first whistle is set to sound at 12:00 p.m. ET. The men from the Mesa will be looking to get back above .500 while the Catamounts will be going for their second straight win.