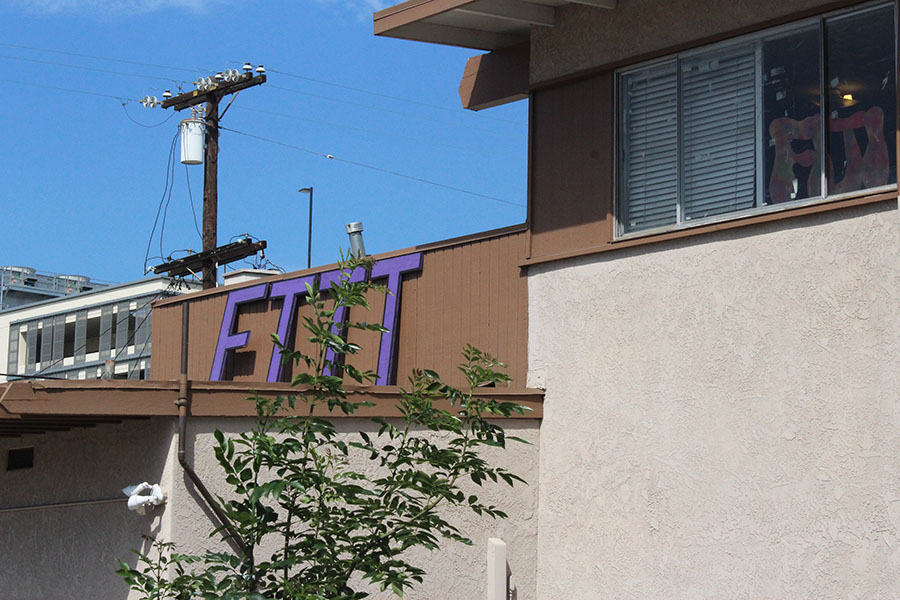 The San Diego State chapter of the Phi Gamma Delta fraternity was placed on probation in March, according to documents obtained by The Daily Aztec.

Though basic information about the probation is available on the university website, there was never a formal announcement to the public, and no details other than the period of the probation — it runs through June 2018 — can be seen on the website.

The fraternity, also known as FIJI, received the punishment after being found in violation of regulations pertaining to alcohol at off-campus fraternity events.

University organizations are prohibited from serving hard liquor at events off-campus unless held at a licensed establishment with professional bartenders, and are also barred from permitting alcohol consumption by anyone under the age of 21 or who is obviously intoxicated.

Open parties with alcoholic beverages where non-members are given unrestricted access are similarly prohibited, though fraternities are free to provide their over-21 members with alcohol at events at their chapter houses.

The fraternity was also found in violation of “Failure to Comply” policies requiring members not to interfere with university officials or public safety officers while acting in the performance of their duties.

FIJI is one of two fraternities currently on probation, the other being Phi Kappa Theta. However, no further details on Phi Kappa Theta’s probation are yet available to The Daily Aztec.

SDSU Communications Director Christine Hutchins said the university encourages all new students and parents to review the university website for updates regarding fraternities’ and sororities’ judicial, academic and accreditation standing. She also said FIJI is required to notify all potential new members of their current judicial status.

Hutchins did not immediately respond to a request for explanation about why details of Greek organizations’ judicial statuses are not more publicly available.

The decision to place FIJI on probation was made after a meeting was held between fraternity members and Caryl Montero-Adams, assistant director of Student Life and Leadership for Greek Life.

Montero-Adams declined to go on the record with The Daily Aztec, but according to documents, an investigation into the FIJI was launched after a party that allegedly occurred at the chapter house on Oct. 15, 2016, in which two individuals were hospitalized — one because of excessive intoxication and one because of an injury.

Both individuals, who were not identified, were interviewed by the Center for Student Rights and Responsibilities.

The other interviewee described FIJI to investigators as a “less sketchy frat” and reported they brought their own alcohol because “FIJI is known for not providing a lot” according to the documents.

Fraternity members — whose names were redacted — told investigators the fraternity did not host any social events that weekend.

After this incident, it appears FIJI was given an interim suspension pending the meeting with Montero-Adams, but following the October party, two more incidents occurred that prolonged the investigation.

Another “alcohol at events off-campus” policy violation was reported to have taken place Dec. 3, 2016.

In the early morning hours of Dec. 4, 2016, a sexual battery was reported to university police as having taken place at the FIJI house, but it was later determined to have occurred at a different location, according to a police report.

Whether the two incidents are related is unclear.

No further information on the policy violation was available, but fraternity members described it to investigators as being the result of an “open house” policy, whereby any member may come back to the fraternity house at any time, with guests. According to documents, members and their dates returned to the house after sorority formals.

Investigators were again told by fraternity members that there was no alcohol present in the house at the time of the incident.

In the last incident, photographs of a party that reportedly occurred March 4 were sent to investigators. The photos were described as showing fraternity members handcuffed to dates, with references to a “cuffs” party theme in Instagram captions. Alcohol was also present in the photos, according to the documents.

As a result of the probation, FIJI has a number of restrictions placed on it for the 2017-2018 academic year.

The fraternity may only hold one event with alcohol per semester until it is off probation., which must be held on campus.

Any other events must be “dry socials “with no alcohol, and for all events, members must submit a proposal with detailed risk management plans to Fraternity and Sorority Life, following the university’s three-week event approval process.

The fraternity must hold an “alcohol and other drugs” workshop for both semesters of its probation, and is required to host a hazing”workshop during the fall 2017 semester and a “post-probation risk management” one in the spring.

The fraternity executive board is required to work with Montero-Adams to hold a risk management plan development workshop in either summer or fall 2017.

Additionally, FIJI must hold a pre-recruitment meeting with the executive board, 90 percent of membership and alumni advisors prior to any recruitment activities each semester where members must discuss ways to mitigate risk of hazing, alcohol and other drugs.

Each workshop must have at least a 90 percent chapter attendance rate.

Any further violations of university policy during the probation may result in an immediate interim suspension of the fraternity.

Phi Gamma Delta did not respond to requests for comment.