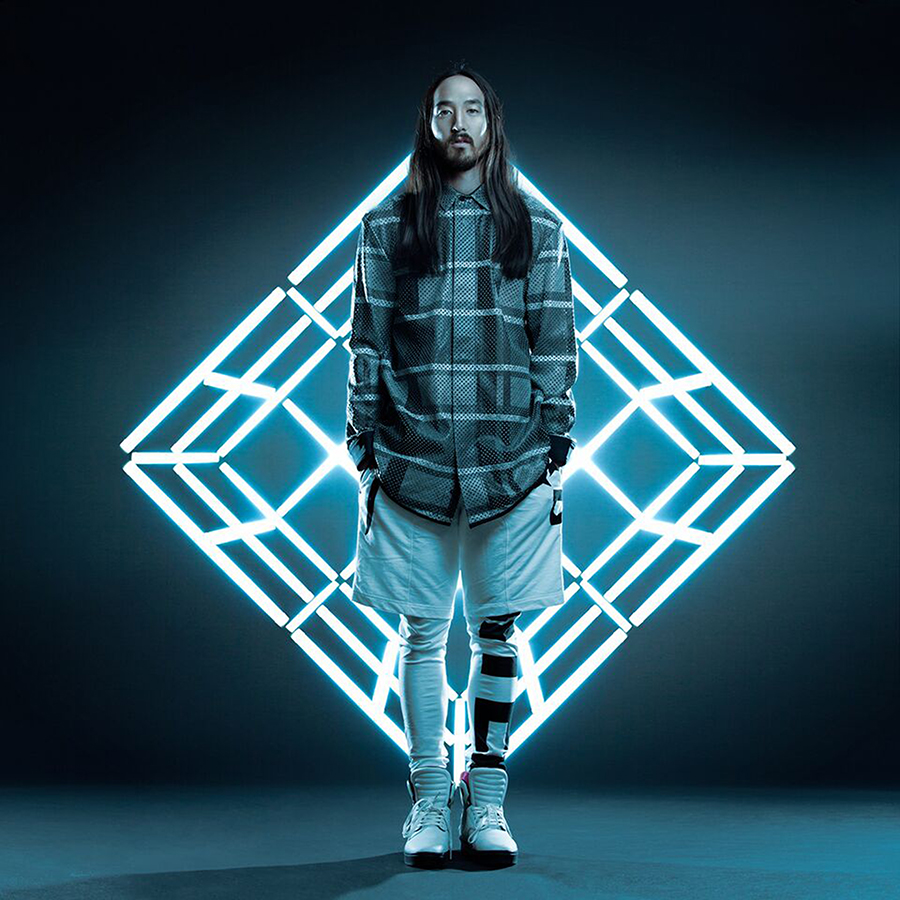 Steve Aoki caused a riot of “caked-up” energy this Labor Day weekend in a way that only the famed DJ can.

Aoki performed as one of the many acts during the Del Mar Summer Season, and when Aoki is set to take the stage, people know it.

Police and ticketing staff were on edge as many concert attendees were not-so-subtly working on their buzz. A tear or two were shed from adolescent girls getting their fake IDs taken by security.

The chaotic front gates were an accurate indicator of what was to come from Aoki.

After DJ Max Styler finished his opening set, the lights dimmed on the fairgrounds and a new kind of chaos emerged.

His notorious bearded, long-haired silhouette was plastered on the large screens behind him as he jumped on stage behind his booth.

He went right into his electronically-charged mix of music, remixing songs such as Macklemore’s “Ceiling Can’t Hold Us,” My Chemical Romance’s “Welcome to the Black Parade,” and Celine Dion’s “My Heart Will Go On,” a crowd favorite.

A portion of his set was dedicated to Chester Bennington and the music the two collaborated on. Aoki stood atop the mixing table, hands stretched toward the crowd as the late Lincoln Park singer belted the lyrics to “Darker than Blood.”

This was a somber moment in the show, yet Aoki’s connection with his fans quickly transitioned into an even more raucous energy.

Business marketing junior Marilyn Waidelich was one of the many people who attended and said it was her second time seeing him.

“I thought he was a bit more contemporary this time around,” she said.

Kinesiology sophomore Ashley Chavez said she had been to an Aoki show before his Labor Day weekend set in Del Mar.

“He has dank music and throws cake in people’s faces,” Chaves said. “He brings everyone together and it’s dope.”

Aoki, along with his close family and friends, described his upbringing, early life in the music industry and his vigorous work ethic.

Aoki grew up in Newport Beach, California. His father, Hiroaki Aoki, gained world-wide popularity as a wrestler and the founder of the popular Japanese cuisine restaurant chain Benihana.

Aoki attended the University of California Santa Barbara and graduated with two degrees in feminist studies and sociology.

The Aoki today doesn’t seem to make sense, and yet that is precisely his brand.

With his vibrant stage graphics, loyal followers and signature style—not to mention his infamous use of cakes—Aoki concerts are one of a kind.

As a ritual to go along with his song “Cake Face,” Aoki personally throws cakes off the stage into his crowd.

When the time came during his Del Mar set to “cake” a handful of lucky concert-goers, the large mass of people enthusiastically chanted “cake me, cake me” to a giddy Aoki onstage.