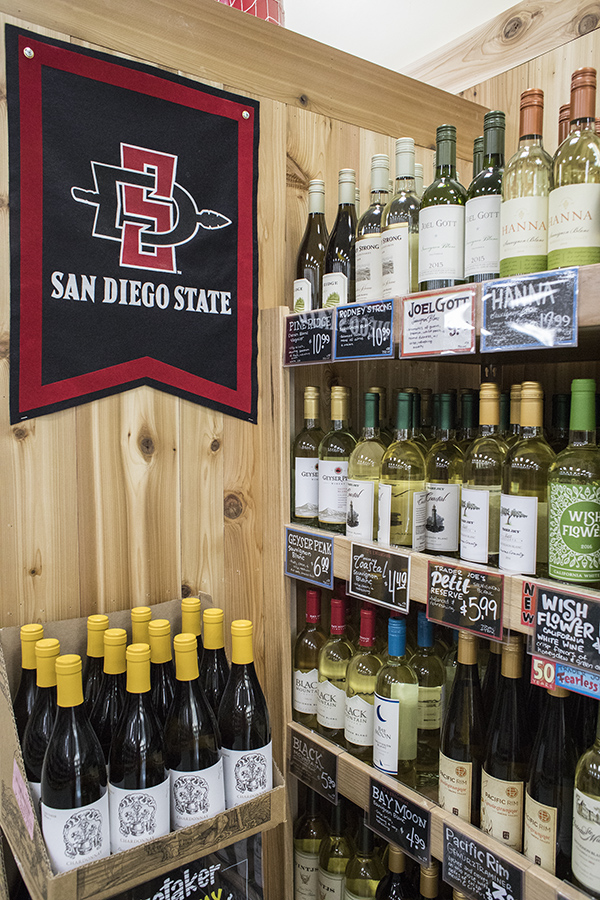 On the national stage, San Diego State has a certain image.

SDSU has been known as a “party school” for decades. The university was ranked No. 3 on Playboy magazine’s list of party campuses in 1986. Its reputation was even mentioned in a 2003 episode of “The Simpsons.”

However, Jennifer Rikard, director of SDSU Counseling and Psychological Services, says that alcohol use among SDSU students is not as high as one may think.

“The rates of alcohol use are below the national average,” Rikard said. “Approximately 30 percent of our students do not use alcohol at all in a typical week.”

Students also don’t find the alcohol and drug consumption rates at SDSU to be a pressing issue.

“We are labeled as a party school and there’s no denying that we know how to party, but I wouldn’t say that these substances are any more of a problem here than at other college campuses,” television, film and new media junior Erin Martinez said.

San Diego State University offers its students resources on campus to combat harmful drug and alcohol use, as well as preventative measures to keep students from abusive intake of substances.

Rikard said a “comprehensive approach” has helped change SDSU culture in regards to drug and alcohol use among students in the past 10 years, with policy violations having declined in the last few years.

The university requires all students to take an interactive online test, eCHECKUP TO GO, which assesses and provides feedback on a student’s alcohol intake.

SDSU has also developed a Peer Health Education Program, in which students are trained and give presentations to other students on health and safety topics like drug and alcohol use.

“Our campus data shows that in the last four years, the number of alcohol and other drug violations involving our students has decreased by 35 percent,” Dr. Rikard said.

In addition to preventative strategies, which also include the substance-free Aztec Nights, Rikard said SDSU provides its students with programs to help those who need help with substance use.

“The ASPIRE Program in Counseling & Psychological Services provides an opportunity for students to have one-on-one conversations with a counselor in order to examine how the use of alcohol and other drugs is affecting their lives,” she said.

Martinez said, however, that if she had a friend who had an alcohol or drug problem, she would not know where to take them.

“I had no idea that our campus even offered help for these problems, (so) I think it would be beneficial for faculty to extend this information to students either by email or presentation,” she said.

Rikard said evaluation data shows that there have been reductions in substance abuses among students who have utilized the ASPIRE program.

ASPIRE can be voluntary, if students feel like they need the intervention, or it can be mandated judicially, if a student is caught violating SDSU alcohol and drug policies.

Some students, however, are not so fond of penalties SDSU has in place for students who violate substance policies.

“People can get really unjust punishments than others who are doing worse (offenses), so the punishments need to be reevaluated because they’re usually very unfair and not fit for the crime,” television, film and new media junior Olivia Breen said.

SDSU also offers Alcoholics Anonymous meetings every Tuesday at noon in the Calpulli Center, for students who are struggling with their substance consumption.