Running club takes strides on and off campus 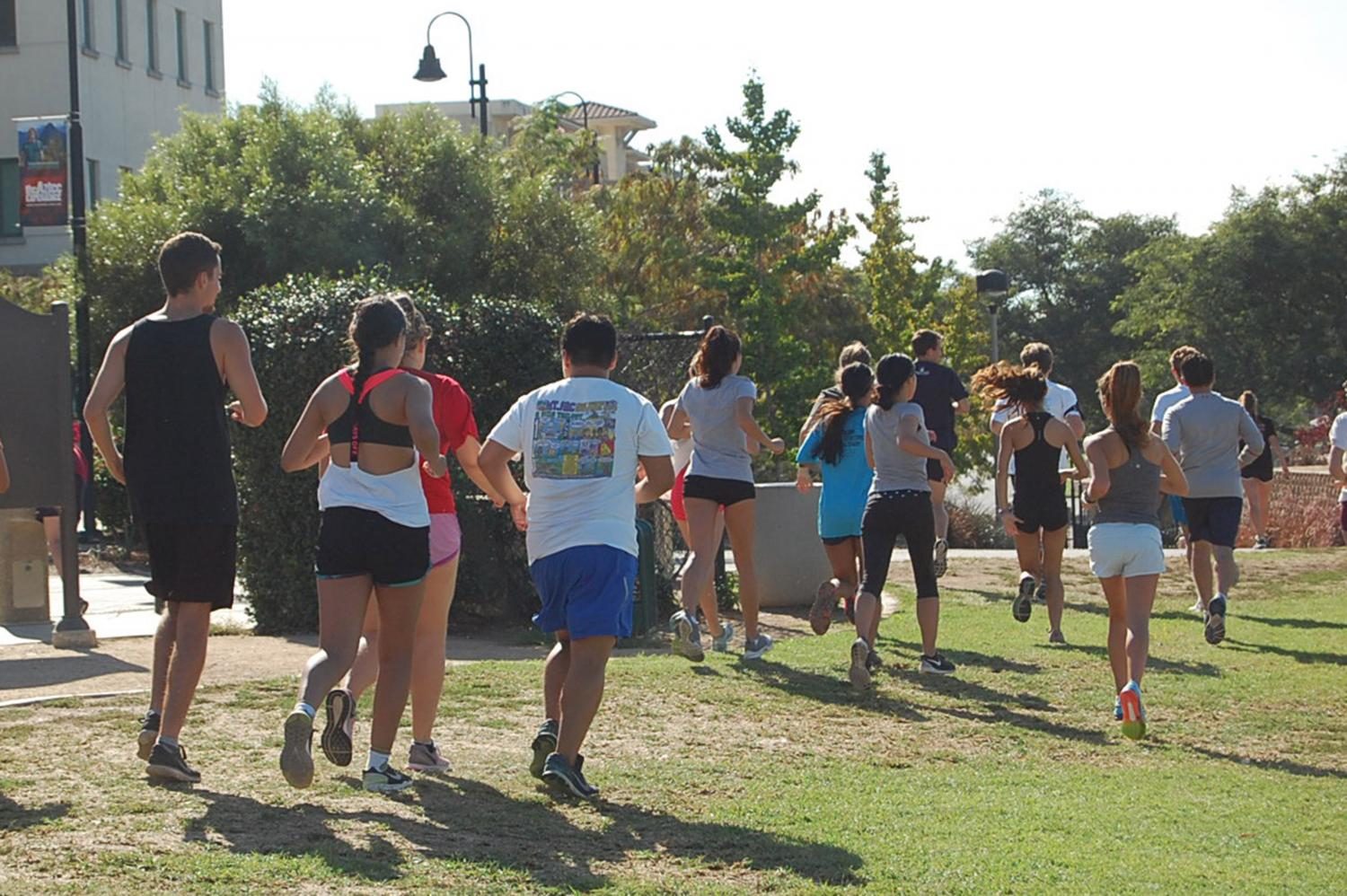 The San Diego State running club has been making strides since its creation in the fall of 2016. Under the leadership of sustainability senior and club president Nate Kling, the running club has become a place for beginning and experienced runners to come together and share the love of the sport.

After seeing a lack of diversity on campus for accessible sports, Kling decided to form a club of his own.

“No matter if they are trying to compete in a marathon or just accomplish running a mile, it is an all ability sport,” Kling said. “I wanted to create a community where people of multiple athletic abilities can come and meet new people on campus.”

The running club is a registered student organization, but it still has the feel of a club sport at heart.

Kling said he created the club to be inclusive of all students, regardless of running ability. The club is free for any prospective runners. All students need is a pair of shoes.

“We have members who come from swimming, gymnastics and even soccer backgrounds who want to come out and enjoy something different while still getting a great exercise,” Kling said. The club also allows prospective students and faculty members to join the club and run with them.

“You always have someone to run with and everyone is at a different level,” kinesiology junior Carlos Leo said. “We all just jump in and go for it because we’re all here for the same reason—to run.”

The club has seen an extreme growth since its formation last fall. Kling said the club’s membership has doubled in size since last year.

“I got involved with the club this semester because I needed a nice recovery run and this is the best time to do it,” Leon said.

The club plans to develop a competitive team this semester and hopes to compete against other schools in the spring.

Additionally, the club is looking to increase membership rates by finding ways to engage beginning runners and make them feel more comfortable when first joining.

Kling said he wants the club to use the time running to not only prepare for competitions, but also participate in various 5K races around San Diego.

The club intends for the SDSU homecoming 5K in October to be the first race the club participates in.

The running club meets at 4 p.m. Monday through Friday on the Exercise and Nutritional Sciences field on campus.

For more information about the running club and how to get involved, visit the club’s website at www.runningclub.sdsu.edu or follow them on social media at @runningclubatsdsu.