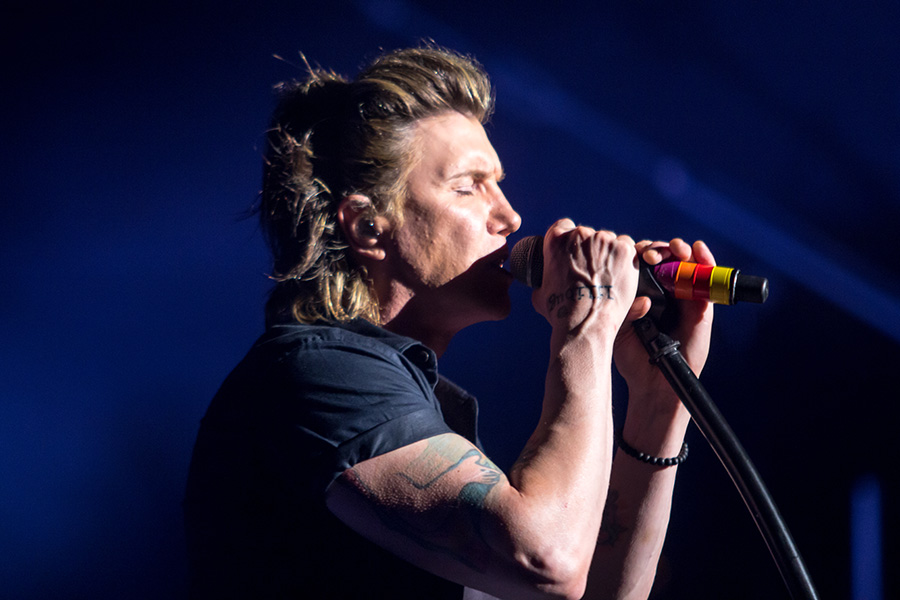 Among the crowd included many SDSU alumni who returned to campus to watch the band that got them through their college years.

The Goo Goo Dolls first gained popularity in the mid 1990s, and it was during this time that SDSU alumna Lisa Tideman began listening.

She said she has been a fan for more than 20 years and has seen the Goo Goo Dolls in concert three times prior to its Cal Coast performance.

“I’m just really excited to see the band again, I haven’t seen them in a while,” Tideman said.

The night began with American Idol season 11 winner Phillip Phillips as the opening act. Phillips played some of his top hits including “Home” and “Gone Gone Gone.”

He also introduced the crowd to one of his newest songs, “Magnetic,” that was full of bluesy soul and had the audience singing the “na na na na na’s” along with him by the second chorus.

Around 9 p.m., the Goo Goo Dolls took the stage.

They opened with a song from their new album “You Should Be Happy” released in May.

While the band performed the song “Tattered Edge / You Should Be Happy,” a light show of reds and whites flashed across the audience as the night kicked off.

By the second song almost everyone in the crowd was on their feet and off their cell phones—something that might have been attributed to the age of the crowd.

He said “Name” was the first song the band had ever heard of theirs on the radio.

He went on and talked about how he wanted the band to play a variety of their songs while on tour. With more than 10 albums and 20 years in the spotlight to prove it, the Goo Goo Dolls had a lot of songs to choose from.

SDSU alumna Debra Boehringer, who graduated in 1987 with a degree in graphic design, attended the show and said she has known most of the band’s songs since they were first released.

The concert continued to have people dancing and singing along with the band throughout the night.

The show ended with a two-song encore, a blast of confetti and a standing ovation from the crowd.

“We have great seats, it’s a perfect night and a perfect venue,” Boehringer said. “All students are lucky to be going here.”

San Diego was just one of the band’s stops for their Long Way Home tour.

For more information on concerts at Cal Coast, visit their events calendar at www.as.sdsu.edu/calcoast .