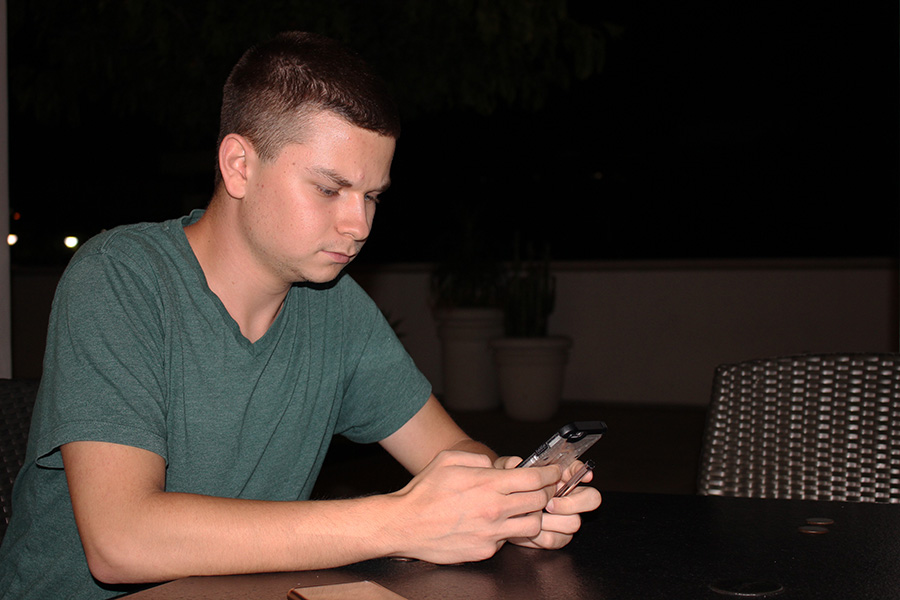 Organization president Michael Cline said his club’s goal is to bring together like-minded people to share opinions with each other on current events and political issues.

“I like personally to open up the floor a lot to students and to let them take the lead,” Cline said. “When I first joined, it was very much an open dialogue.”

Cline said the organization is a place where students can develop and understand complex political policies.

“We really do cover these topics in depth and we also have debates over these issues. I think that’s very valuable,” he said. “I was technically a member last year, but I wasn’t a regular attendee until after the election happened.”

Cline said the club’s discussion shifted its focus after the 2016 presidential election.

“The club became a place to express your opinion and your feelings of it all, but I’ve also wanted it to be a place to elicit change,” said Haley Welch, the organization’s vice president.

Lindsay Ross, the club’s vice president for external affairs, said that she believes many students have political opinions, but don’t want to affiliate themselves with any particular political party.

Ross said it’s her opinion that students should care about and involve themselves more in politics because, whether they’re invested in it or not, political issues have an impact on everyone, sometimes in a very personal way.

“Everything our representatives vote on affects us,” she said. “Just because you don’t want a career in politics doesn’t mean you shouldn’t be putting attention (toward) politics.”

Cline said he wasn’t really involved in politics before joining the organization, but felt right at home when he joined.

He said he and the organization focus on making sure students keep coming back.

“It’s vital for us that we have people that are politically engaged and they want to come and have a conversation,” he said.

“Networking is so big in general, but especially in politics,” Welch said. “I can think of at least three internship opportunities as of now that people can get involved in and that I can direct them to the person in charge in that campaign.”

Ross said she is a very political person and being a part of the SDSU College Democrats has given her the opportunity to spend time with like-minded people.

“It’s cool to just hang out with a bunch of people that are also democrats and that something that I can bond over. There’s definitely a social aspect.”

Ross said the organization is trying to solidify a schedule that brings in campaigns, non-profit organizations and people that help the politically conscious get involved in a campaign. On Oct. 5, Ammar Campa-Najjar, a Democratic candidate running for California’s 50th congressional district, is set to come talk to the College Democrats as a guest speaker.

“I personally think that if you’re someone who wants to be politically active, wants to be exposed to people that have a certain viewpoint or dip your feet into Democratic politics, we’re a really great resource,” Cline said.   “We’re open to all people regardless of what you identify as politically. The door is open.”

This story is featured as part of our Student Involvement Special Issue.