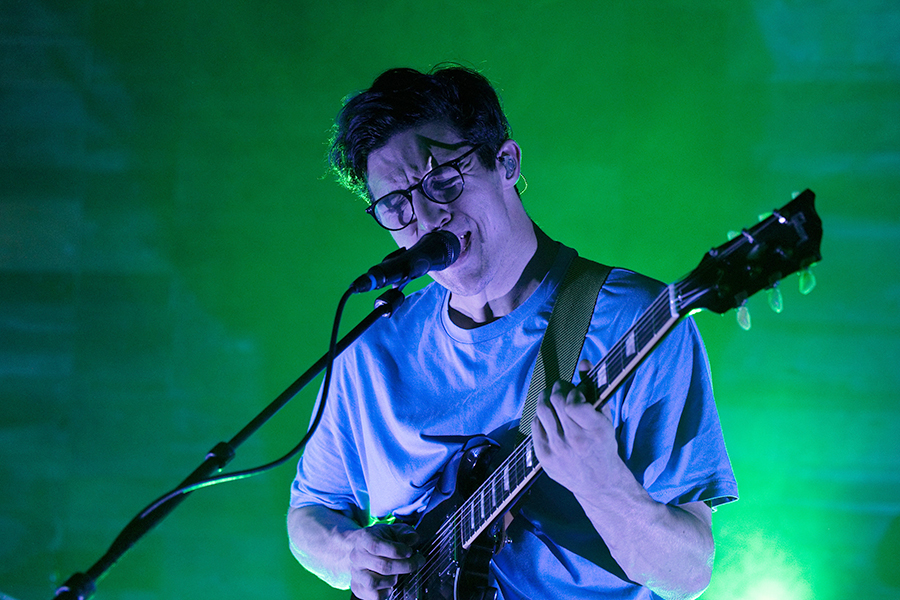 Everyone eventually braves the shift from adolescence to adulthood, but not everyone can sleekly sum up such a rocky leap like Dan Croll.

Hailing from Liverpool, England, the indie-pop multi-instrumentalist has generated sweet sounds with his second studio album “Emerging Adulthood,” a 10-track exploration into the trials of growing up.

On Sept. 24, Croll brought his sophomore LP to the stage at The Irenic to wrap up his North American tour.

“It’s like everyone’s panicking,” Croll said about the album’s concept. “Everyone has this fear of time and spending too much of it on things like social media, which is a real big part of that. People, you know, are everyday constantly watching people live ‘better lives’, and I say that with quotes. I just want to tell people to take it slow and unplug themselves from the matrix, really.”

Playing every instrument for his newest project, Croll seems to unplug best when in the studio, the only exception being when he’s on stage.

The night began with New York’s alternative rock foursome The Dig, where a loose and limber David Baldwin fronted vocals, swapping between bass and lead guitar with back-up vocalist Emile Mosseri throughout their introductory set.

Around 9:30 p.m., the stage lights dimmed to a murky blue, accompanied by an eruptive applause welcoming Croll as he walked to the center mic.

Kicking off the set was “Compliment Your Soul,” a jangly pop symphony that balances traditional acoustic elements with Croll’s trademark digital flair.

Croll said he doesn’t think it is difficult to balance the differing elements of electronics and conventional pop traits.

“It’s only kind of a texture thing, the acoustic side of it,” Croll said. “I think moving forward I’m excited to phase in the acoustic a bit more, maybe do something traditionally acoustic on the side which would push me a bit more electronically.”

Following suit was “Away from Today and One of Us,” the trickiest song for the singer-songwriter to arrange for the new album.

“That’s by far the biggest comfort zone pusher for me because that was a totally different way of doing things. It was sample-based. It wasn’t just sampling beats (though) it was sampling horns, trumpets and vinyl records and time-stretching them and key-changing them,” Croll said. “That song wasn’t even really a song, it was actually a part of a weekend where I decided I needed to test some new styles out and then I kind of accidently came out of it with a song, so it’s kind of like a bonus for me.”

As Croll sifted through other sing-alongs like “January,” “Sometimes When I’m Lonely” and “Bad Boy,” he couldn’t resist expressing his gratitude to all in attendance for their continuous support.

“I keep saying thank you but that’s because I mean it,” he said.

Exchanging out his electric guitar for the tambourine, “From Nowhere,” the stand-out single from his first album Sweet Disarray, drowned the speakers with its distinguishable piano-synth loop.

A tender moment ensued upon the song’s close as The Dig hopped on stage with hamburgers for Croll and his band, a gesture of thanks for taking them on tour.

Croll, being a vegetarian, didn’t take a bite and instead offered the burger to a hungry fan in the front row.

“Tokyo” came after, featuring a mellowed guitar solo that only helped sharpen the song’s intoxicating chorus.

Appropriately enough, Home tidied up the finale of the performance, as the song’s acoustic cadence rifted back and forth from soothing to hard-hitting.

While Croll’s tour came to an end in San Diego, he already has an ambitious campaign planned for his future music undertakings.

“I want to do some traditional, country Americana since that’s always been a big influence for me,” he said. “Hip-Hop wise I would absolutely love that. More of the 90’s stuff like A Tribe Called Quest, De la Soul, Pharcyde, those kinds of jazz sampling beats.”

From what it sounds like, the next time Croll crosses the pond to San Diego he’ll have a whole new arsenal of sounds to bring to the stage and delight his fans.