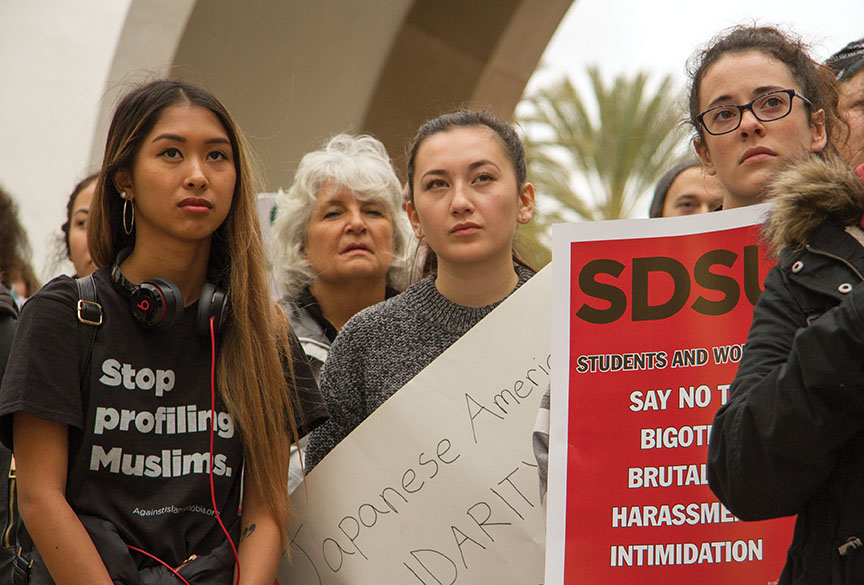 The Muslim Student Association is focusing on providing Muslim students with resources, spiritual guidance and continues to educate the whole campus on Islam, members say.

“The organization has a healthy environment and encourages people to work on themselves and members can become politically and academically active,” said Tessa Wiley, MSA president.

Wiley said she joined the Muslim Student Association because her friends were members, and enjoyed it so much she converted to Islam.

For the new academic year, Wiley said the MSA’s goal is to focus on quality rather than increasing the number of members.

Brother’s Circle is a group meeting between male MSA members. Brother’s Circle Coordinator Freddie Gonzalez said the association’s mission is to encourage its members to be unapologetic about their religion and stand up for what they believe in.

He said helping others is crucial for personal growth, and MSA tries to teach its members about issues that happen on and off campus. He said they do this by standing up against all injustices and learning about issues in society.

Wiley said MSA raises social awareness by working with campus organizations such as MEChA and Students for Justice in Palestine. By educating its members about current issues, he hopes to bridge communities.

Wiley said MSA wants to provide a sense of community to its members.

Haidiri said she gained new perspectives, friendships and a sense of community within MSA and its members.

The Muslim Student Association also organizes casual events for its members to have fun and grow as brothers and sisters, Gonzalez said.

By teaching about Islam, prayers and gathering outside of campus for a more casual time, the Muslim Student Association wants to create a solidarity bond between the members.