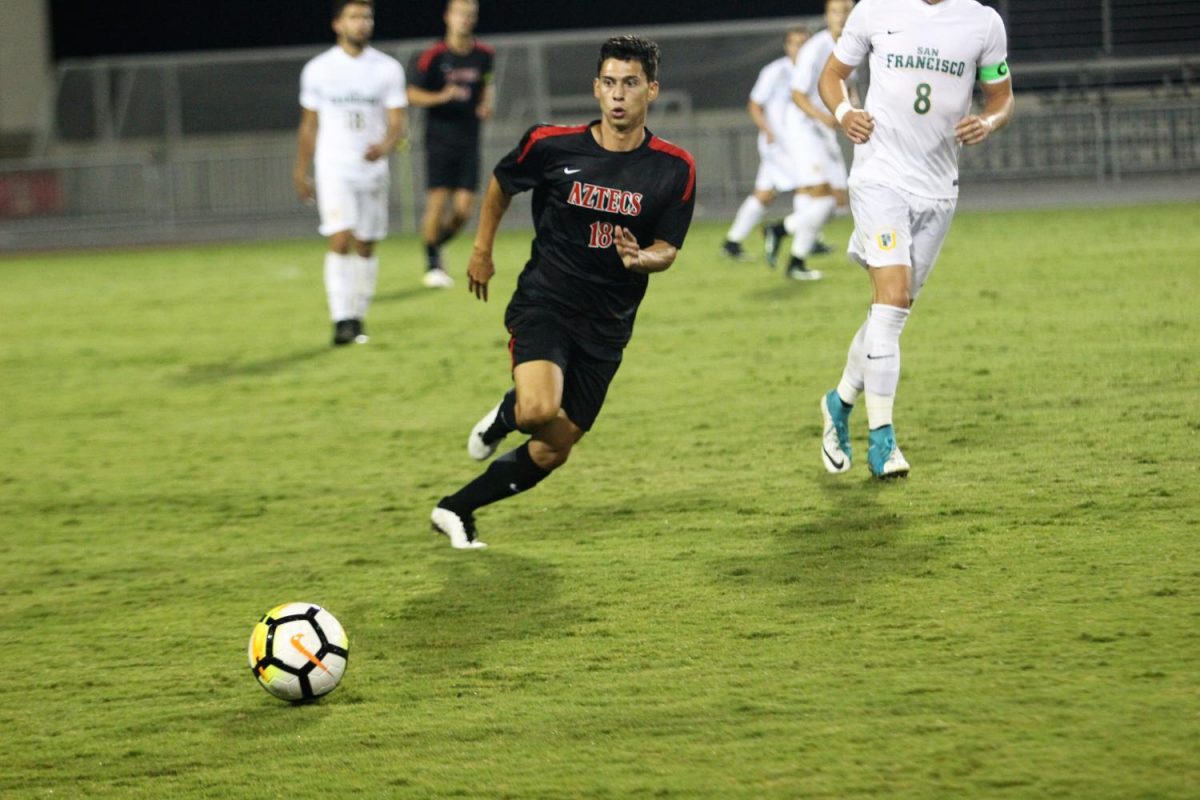 This weekend, the San Diego State men’s soccer team scored big winning both games this weekend in shutout fashion. The Aztecs were able to walk into Texas and dominate both University of Texas Rio Grande Valley and University of the Incarnate Word.

On Friday, SDSU played its first game in Texas, winning with a final score of 2-0. Both of those goals came from the Netherlands native and senior forward, Jeroen Meefout.

He couldn’t do it alone, however.

In the 15th minute, sophomore defender Chris Scatterday sent a ball Meefout’s way as he took his first shot on goal against Texas Rio Grande. Meefout only took two shots the entire game and, luckily enough, both of them found the back of the net.

The second goal came in the 46th minute as the Aztecs pushed their way upfield. Meefout collected yet another goal on an assist from redshirt senior midfielder Dallin Cutler and sophomore AJ Vergara, both of whom claimed their first assist of the season.

Meefout collected his third and fourth goals of the season, making him the team leader in goals with four on the season.

On Sunday, the Scarlet and Black headed back to the field to take on Incarnate Word. In a tightly-contested matchup, SDSU walked away with a 1-0 win.

In the third minute junior defender Kyle Adams found the back of the net off of passes from senior midfielder Thom Van den Berg and Cutler.

The Aztecs mustered 12 shots this weekend, five of those being on goal.

This weekend played part to another milestone: Allmaras recorded his first clean slates of the season, collecting six total saves while playing all 90 minutes of each contest.

The Aztecs will now gear up for the Pac-12 monster that awaits them. The first game of conference play is this Thursday, Sept. 28 against the Stanford Cardinal, ranked No. 5 in the nation by the National Soccer Coaches Association of America.

The first whistle is set to sound at 7 p.m. on the SDSU Sports Deck.