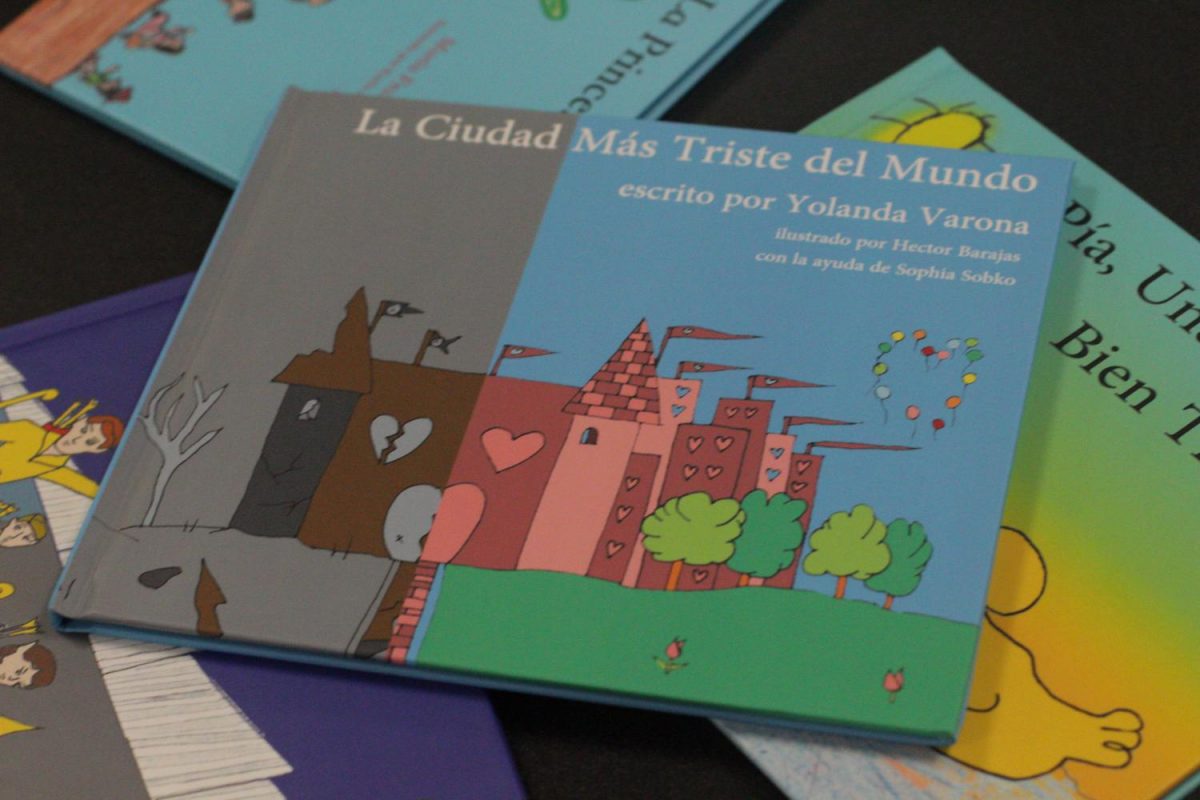 "La Cuidad Más Triste del Mundo" is one of the children's books featured in the Cuentos Para Dormir series.

Groups of families separated by deportation began publishing children’s stories to help aid their severed connections to their children, and work as therapy for their traumatic detachment.

In collaboration with Dreamers Moms, an organization created by deported mothers in Tijuana, Cuentos Para Dormir was created as a project and book series written and illustrated by deported parents for their children living in the U.S.

San Diego State hosted an event by Cuentos Para Dormir on Sept. 29 where project lead, Sophia Sobko, discussed the project’s origin, goals and struggles behind the book series with the authors broadcasted from Tijuana.

“I thought ‘how can there be a way to channel all of this pain and translate it into something?’” Sobko said.

Sobko said the project started as a writing workshop to express the painful experiences the parents had been through and evolved into book publishing with the collaborative efforts of the many families who shared similar traumatic experiences.

Sobko said before the Cuentos Para Dormir project began, the author of “El Pequeño Elfo,” Emma Sanchez Paulsen, had taken children’s books, put her own cover on them, and wrote her own stories for her children.

Paulson said she has been separated from her children for 11 years and that she prays to God she can be closer to them.

Sobko said the book series uses magical realism to illustrate the strenuous situations these authors have been through in order to give them a moral and make them understandable to children.

Sobko said many of the individuals deported and sent to Tijuana have no connections to anyone in Tijuana.

She said thanks to Dreamers Moms, parents who shared similar experiences could come together and create something like Cuentos Para Dormir.

The authors of Cuentos Para Dormir said they wanted their stories to be visible to a larger audience.

Montserrat Godoy, author of “Mamá Leona Contra El Muro,” is not fluent in English and used a translator at the event.

“I want people to have an idea of what deportation does to a family,” Godoy said.

The authors said they hope those who see their stories may be more understanding of their cause.

“We want people to have an open heart, mind and a conscience,” author of “Pia, Una Patita Bien Traviesa,” Felix Peralta, said.

The authors said they want to be better understood as individuals and human beings.

“We’re still here. We’re not criminals. We just have different skin. We want the best for our children,” Paulson said.

Sobko said the therapeutic goal of the workshop turned into book publishing after the parents decided they wanted a real book for their children.

She said the idea of children’s books may not have been culturally relevant, but she and the parents she worked with believed it would have value and meaning.

Sobko said the initial goal was to raise enough money to publish one book for a parent and their child, but now the authors look to share these stories to more people so they can better understand the effects of deportation.