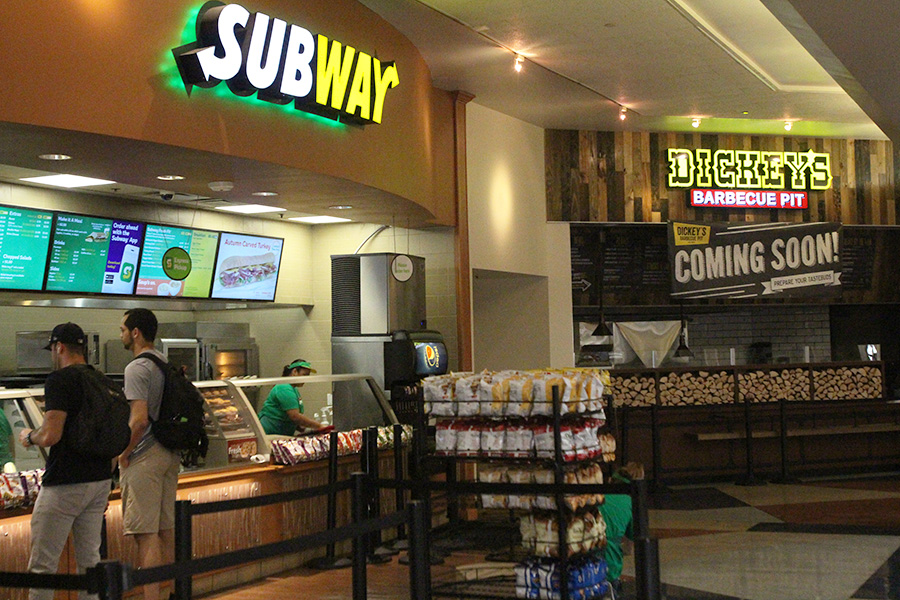 Aztec Shops and USE Credit Union have decided to cancel a program offering loans to students to pay for meal plans after receiving negative feedback from both parents and students.

Associate Director of Dining Services Robert Isner said the short-lived program came about with good intentions after the success of a similar program offering loans for computers.

“We put out the marketing,” he said. “A few people thought it was a great idea and (we) did it. Then word got out that ‘What we’ve got to take a loan out to eat?’ It was not meant to be that way.”

Isner said after a great response to the computer loan program, it made sense to create a program to help upperclassmen with food costs. After a two-week run, the program was shut down.

Isner said student voices led to the decision to discontinue the loans for meal plans program.

“We were surprised that that was the feedback, so we just cut it out,” he said. “We certainly don’t want people to have the impression that you have to take out a loan to buy food on campus. We’re always trying to put something out there for the customer that doesn’t have a lot of money.”

Isner said while Dining Services was attempting to offer a solution to students who need a better way to buy food on campus, they appreciate the student feedback.

“We really encourage all students, no matter what, to come in and talk to us,” Isner said. “That’s the only way. We have students come in and tell us we’re not doing (a good job). So we work with them and we move forward.”

Some students saw the program as a choice between further debt and eating.

Joseph Tinglof, a computer science senior and a member of the Young Democratic Socialists of SDSU, said the program was taking advantage of low income students.

“We found (the meal plan loans program)  to be pretty despicable,” he said. “Like saying, ‘We know you can’t afford to eat, so if you want to eat, you’re going to go into more debt.’”

Engineering junior Kali Bolla said she does not see a difference between taking out a loan for a computer, and taking one out for a meal plan. She said she thought the meal plan loan could benefit struggling students, but she would worry about taking out personal loans on top of student loans.

“You need food, you need a computer too,” Bolla said. “Everything adds up. I think that it is good thing if you can’t afford it. I don’t think that it’s good to get personal loans. It’s really messy having multiple loans.”

A 2016 study showed that between 21 and 24 percent of CSU students struggle with food insecurity.

Isner said with Associated Students leading the way, SDSU and Aztec Shops Dining Services are committed to combating the problem.

Teaming up with the San Diego Food Bank, the SDSU catering department and Aztec Shops restaurants, he said several programs now offer free or heavily discounted food to students. Students can fill up a bag of food at the weekly farmers’ market, eat catered leftovers after SDSU events or get hot food at discounted prices from the Aztec Market in East Commons before closing.

“We’re definitely doing all that we can. We don’t ever want to throw away food,” Isner said. “And now that we’re doing it with the Associated Students, I know that it is only going to get bigger and better.”