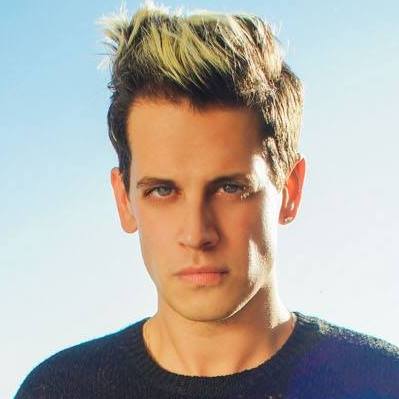 Conservative firebrand Milo Yiannopoulos will no longer be coming to San Diego State — at least not according to the event’s organizers.

In a statement released Tuesday, the SDSU College Republicans said administrators had cancelled Yiannopoulos’ Oct. 29 event, which they had just announced last month.

The student organization said members met with university leaders Tuesday morning to discuss the logistics and security costs of bringing the controversial figure to campus.

“It goes without saying that the College Republicans would have wanted this event to be as safe as possible, but unfortunately, safety is not the real problem here,” the organization’s statement said.

Hutchins said via email that due to a previously scheduled — and unspecified — event at the same location, police determined they could not effectively secure the venue site in the time available before the start of the event.

“The university has offered to work with the student organization to possibly host the speaker by reviewing alternative dates during the academic year,” she said in the email. “Should alternative dates be considered…proper lead time will need to be factored in for the university and (SDSUPD) to conduct its due diligence and security needs assessment.”

Jones said he received conflicting answers on whether SDSU had alternative dates for Yiannopoulos to speak on campus.

“I was told from Chief Mays that they had other dates that they were able to work with, and at the same time, I was told by (SDSU Title IX Coordinator) Jessica Rentto that they don’t have dates ready to give us,” Jones said.

The university’s most recent answer, Jones said, is that there are no alternative dates.

“They told us to try to find something in the spring,” he said. “But they’re very well aware of the fact that Milo Yiannopoulos is going on a nationwide tour and they know that he’s gonna be in Southern California in October and not in the spring.”

Jones also said his club “intercepted an email from a student leader on campus that was not intended for the club to see.”

Jones said the email said that campus leaders, including Edwin Darrell of the Center for Intercultural Relations and Dean of Students Randy Timm, were supportive of the idea of a counter-protest at Yiannopoulos’ event.

“This is a clear example again of San Diego State University not only infringing on the constitutional rights of conservative students,” the College Republicans’ statement said, “but shows the great lengths they are willing to go to in order to make sure our voices are not heard.”

Jones wouldn’t say how his organization caught wind of the email, which has not been verified by The Daily Aztec for authenticity.

Jones said the College Republicans are considering legal action as a result of the decision to cancel the event.

“We are not backing down,” he said.

Hutchins did not return requests for response to Jones’ statements.