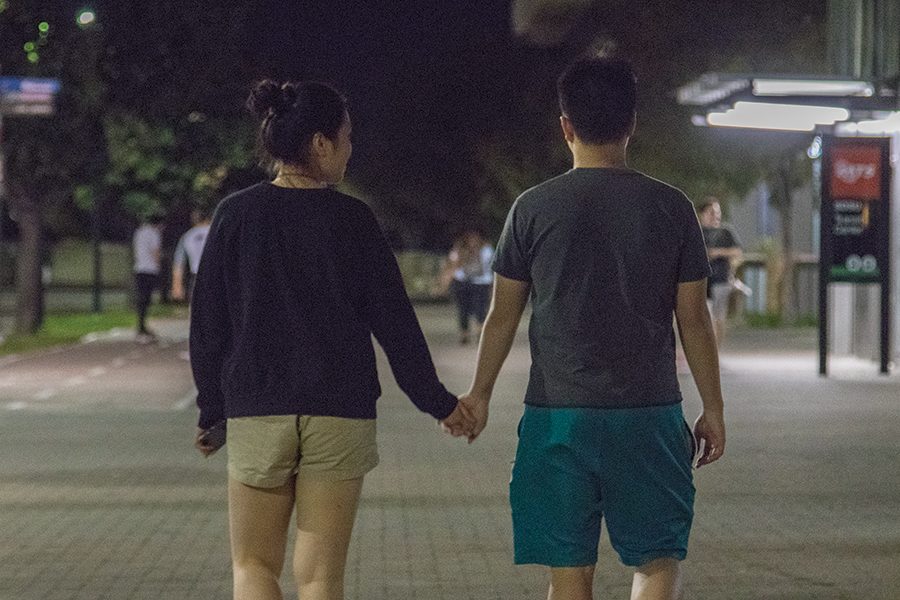 San Diego State international students came forward with critiques of what they perceive as a hookup and party culture at SDSU, citing issues of poor behavior from men and cultural shock.

SDSU staff volunteer Theo Perrod, a French citizen, will be in San Diego for the next year to finish his master’s degree in psychology.

“People just want to be drunk and party here,” Perrod said. “I did one frat party and you would not find something like that in France.”

Business sophomore Laura-Patricia Kristan is studying at SDSU from Germany, and said she was most shocked at the issue of sexual violence on campus.

“What I think is really interesting here is that sexual harassment and assault are a really big topic,” Kristan said.  “This would never be such a big topic in Germany because I think we probably don’t have this big problem with sexual abuse.”

Kristian also said people in the U.S. have a different mindset toward casual sex.

“I think that people are more open-minded towards one-night stands and stuff,” Kristian said.

Perrod said in France, most men will not proceed with a sexual interaction if they sense any apprehension on part of the woman or if either of them is highly intoxicated.

Perrod said this may be a reason why many international students would choose not get involved with the SDSU party scene.

“International girls don’t want to go to parties like frat parties because they’re afraid of the boys,” he said.

Perrod said this does not seem to be a concern that exists among women in France.

Journalism freshman Cynthia Pelletier, who is also from France, is planning to study at SDSU for the next four years. She agreed with Perrod, also saying that men at SDSU act different from men in France.

“Here I feel like everything is really fast,” Pelletier said. “Men in France tend to be more polite.”

Pelletier also said that dating apps like Tinder, as well as social media in general, seem to be used more heavily by SDSU students than they are in France. Because of this, she said she feels that relationships at SDSU are less genuine.

Perrod  said, although students in his home country attend parties, they are normally more private and laid-back.

Perrod said, when he first heard of SDSU as a party school he did not understand what that meant.

“In the beginning I didn’t really know what it was because we don’t really have party schools in France,” Perrod said. “Each school does partying in France but there are no such reputations.”

Kristian describes German schools similarly, as being smaller with less of a campus social scene.

“There are a lot of parties but they’re all private ones,” Kristan said.

“It’s really different because we can go to bars and clubs without cops being a problem,” Pelletier said.

One of the biggest differences that Kristian noticed between German schools and SDSU was the prevalence of on-campus housing, and how on-campus housing creates a larger party and hookup culture.

“It’s super easy to reach each other,” Kristian said. “In Berlin it is more difficult because you have to drive through the whole city to get to the other person.”