Stories in news, opinion, features and video were also recognized 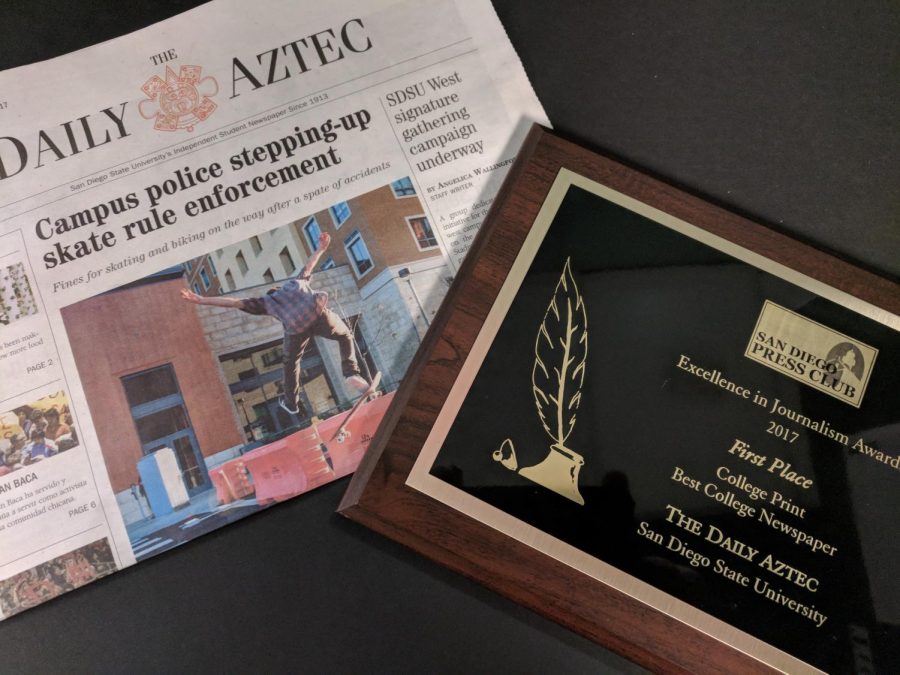 Among the awards earned by the newspaper were first place recognition for news and opinion writing.

Awards earned by The Daily Aztec:

The Daily Aztec has been serving the San Diego State campus and community for 104 years. The newspaper publishes print and video content daily online as well as a weekly print edition.